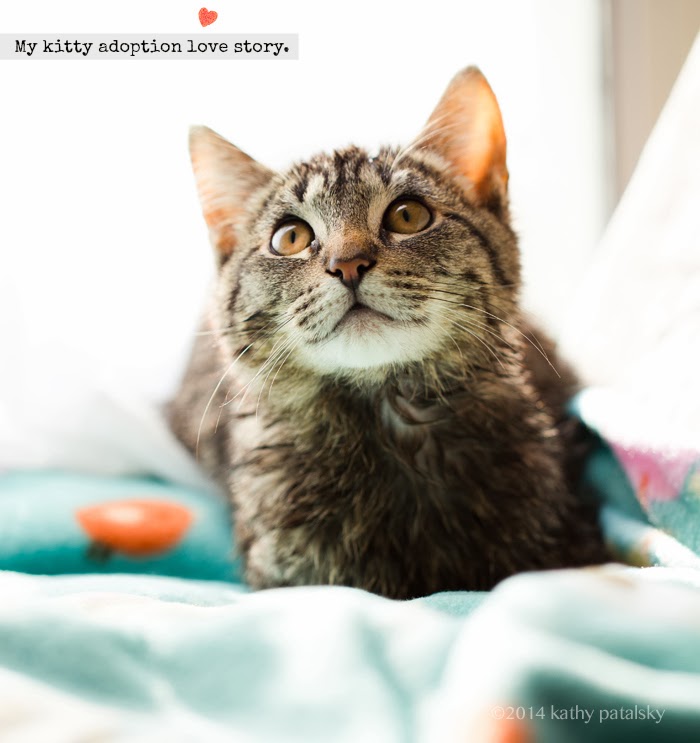 In honor of Valentine’s Day, I share with you some warm and fuzzy news. Kittens are in the house! Need I say more? OK, yes I must.

I have two new men in my life this Valentine’s Day. Here is Sochi and Mr.White: A Kitty Adoption Love Story!..

Meet Sochi.. (drying off in his first sunbean after his first bath at his forever home) 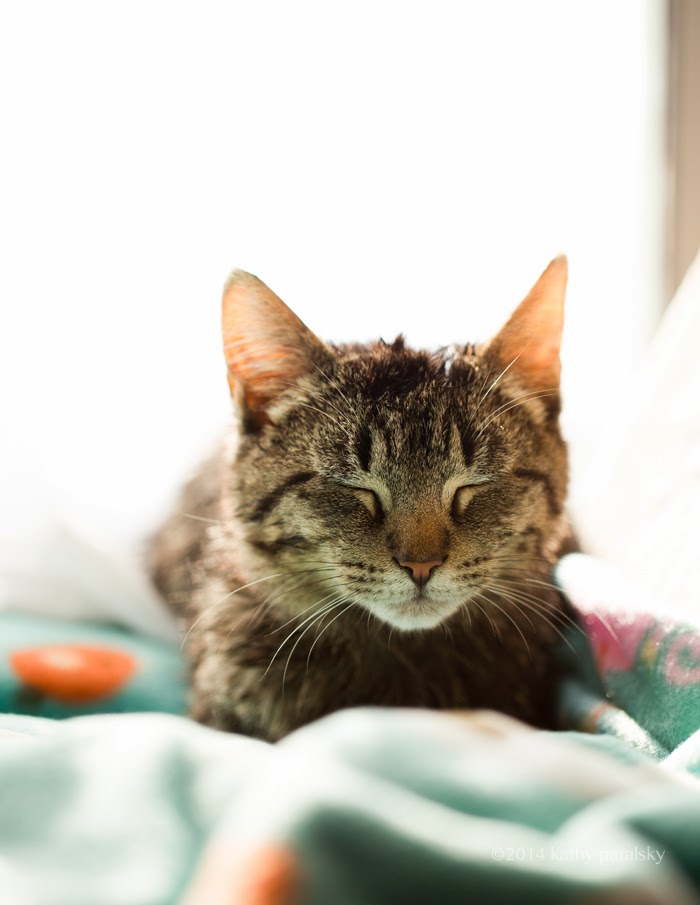 He likes to sleep in my cosmetics trolly in my bathroom.. 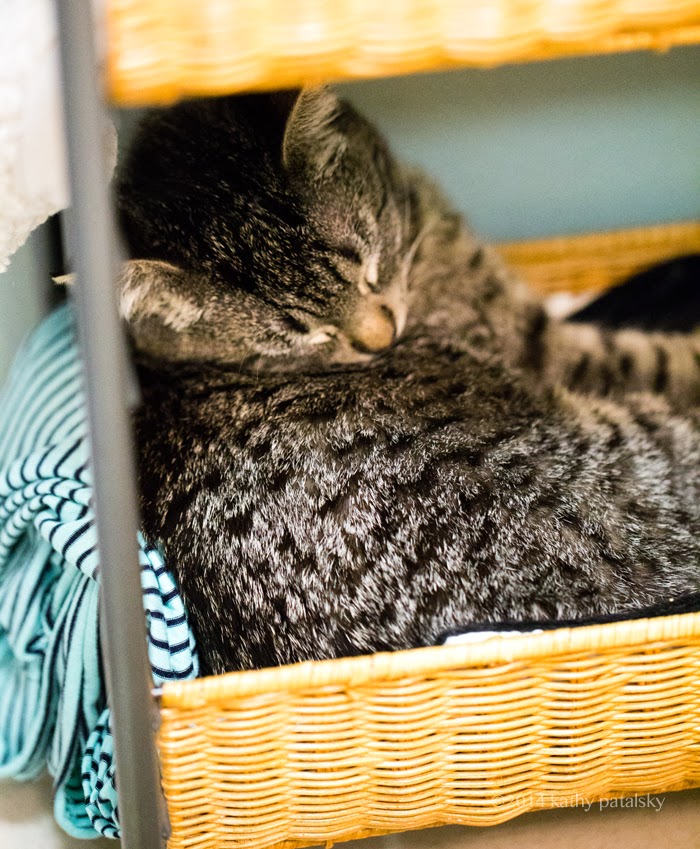 And I just sit. And watch him sleep. Because he wiggles and sprawls. Slumps and rolls. Adorable. 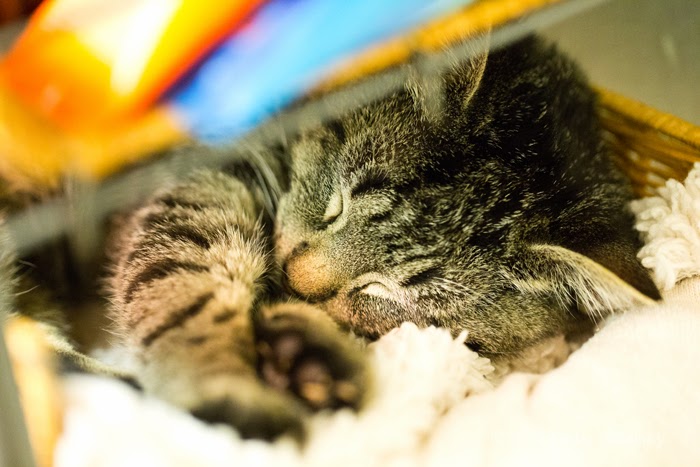 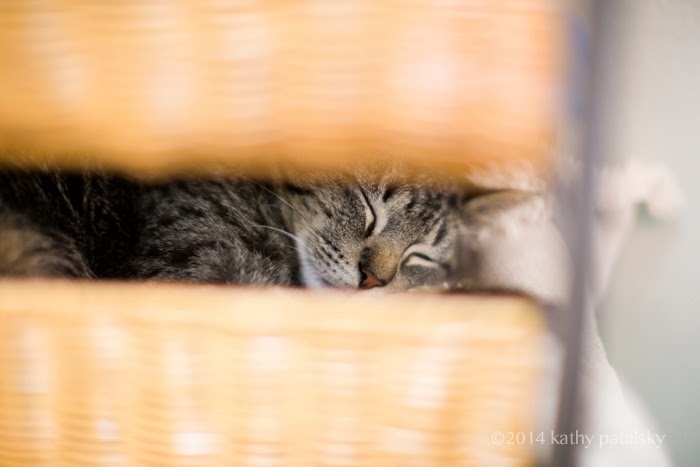 And this is Mr.White. He is two days behind Sochi on getting acclimated to his new home, so he spends a lot of time sprawling his long lean body in his fluffy salmon-colored tent. (He is a bit camera shy right now and who can blame him! He grew up on the mean streets of South LA, young and scared.) 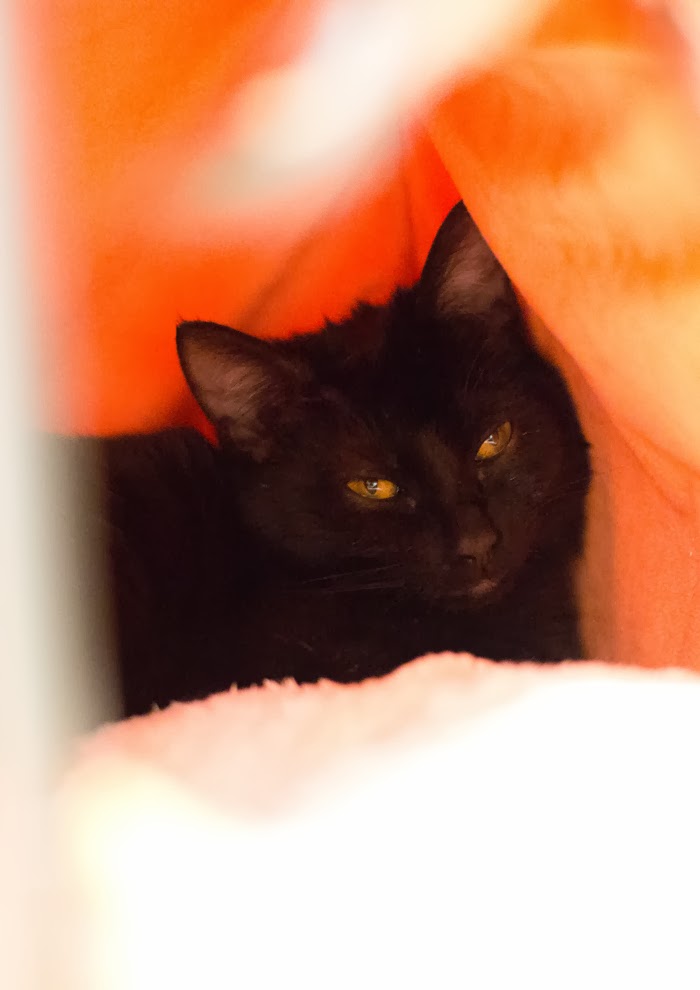 Walk through my apartment and you will see images of my sweet Nelly cat everywhere. On just about every wall is a tiny framed photo, a painting, a snapshot. Signs that my husband and I still think about her everyday. Miss her desperately every morning when we wake up to a quiet room, and every night when we go to bed without her fuzzy paws kissing our toes, her little body draped between us like a warm blanket.

Losing Nelly, my best friend for thirteen years, so suddenly to kitty cancer last November was one of… No, actually I think, the hardest thing I have ever gone through. That feels odd saying considering the other struggles I have gone through in life. But this was the first sadness that I could never mend, never resolve and had absolutely no control over. It stung so painfully and seared a gash so deeply in my heart. As I’ve explained before, Nelly was a special cat who came to me at a special time. I grew up with her. I went from being a silly, confused, somewhat broken 20 year-old to being a married, justified, whole woman. Every step, Nelly was there.

The hole she left has been hard to manage, but I am surprised to say that I have found strength in myself. I almost think that Nelly watches over my now more powerfully in spirit than she did here on Earth. She is my guardian kitty. OK, ok, enough of the heavy. Did I lose you? I hope not. Because here comes the HAPPY part..

So the past few weeks I have started looking in the mirror during my workdays, and the face staring back at me seemed oddly lonely and sad. (I had never done this work-from-home thing without Nelly. She was my best co-worker ever!) There was less glow and twinkle in my eyes. And I knew why. I missed Nelly. But even more simply, I missed having a sweet animal to communicate with and smile at all day long. After she left us, I realized how much laughter and light Nelly truly brought to our cozy little world. And all the pet owners out there I’m sure can agree that animals provide an indescribable salvation to your day. A warmth and level of comfort that no human can ever match. Animals operate on such a unique plane in this world. Their energy is so sweet, genuine and honest. They want nothing more than to love and be loved. Kisses, meals, cozy spots and afternoon naps. Such simple things. In return, they provide you with something more valuable than anything: unconditional love.

Last Friday night as the Olympics in Sochi began, I had a deep feeling that it was time. Time to, well, at least go look at kitties up for adoption. So last Saturday, after an amazing brunch at Real Food Daily my husband and I casually strolled to a kitty adoption session that happens every weekend at a local pet store. We studied the stacks of metal crates filled with fuzzy, wide-eyed cats and kittens. So many precious cats in need of homes. I saw two lush orange cats cuddled on top of each other, with wise eyes and sweet silent meows. A long-haired, beautiful grey and white cat with a sturdy, playful stance. A rambunctious white kitten whacking the heck out of a stringy toy as giggling store customers looked on. And then in two side by side cubes there were two quiet small kittens draped in their kitty hammocks, looking as chill as can be.

I hunched over and started talking to the bright-eyed tabby cat and his sparkling yellow-green eyes gazed back at me, as he movied his little nose up to the grated cage to sniff my scent. The adoption volunteers asked if I wanted to hold him. I looked at my husband and smiled widely. Uh-oh. So wrapped in a thick sack blankie, out came Tomas (whose name I changed to Sochi. I pronounce it so-chee, even though my husband confirmed that the correct pronunciation of the city Sochi is Saw-chee.) I cradled him for a good twenty minutes before giving my husband a look of, “I want him!”

I was suddenly filling out adoption forms and feeling like I was jumping into this a bit, but I couldn’t help myself. Was this nuts? A cat will be a 10, 15, 20, or more year commitment! Was I ready to do this again? I was diving heart-first. Even though, to be honest, my overly analytical brain was telling me I wasn’t quite ready for a “new” cat.

Then Sochi’s foster mom, a very sweet older woman who has a house full of cats in need (amazing lady!), explained to me how “sweet” these two kitties were. Utterly SWEET. And that the little black kitty in the other cage was Sochi’s brother and they were snuggle buddies. I saw the little black face peeking over his hammock wondering why his brother was in my arms. My heart MELTED. I had a feeling this wasn’t over. But out the door I went with Sochi. It felt scary standing in the brisk parking lot, the twilight sky overhead, a wide-eyed, confused kitten in a carrier in my arms. But off we went!

So why didn’t I adopt the black kitty too? Well I just didn’t think of two. That seemed like too much at first thought. But as I have learned, two cats can actually be easier!

Anyways, Sochi’s first night alone in my bathroom was good. Even though he cried a bit the first two nights. I called the foster mom on day two and she said that Sochi’s brother was even worse off! He had to be moved into a new cage and was being whacked at constantly by two older cats. And he is SUCH a passive and sweet cat that when he gets whacked at he literally just melts down and goes limp. No defenses.

Well this BROKE MY HEART. So I took a long hot bath and thought things through. Then called back Sochi’s foster mom and said I would love to do a trial of the two kitties. I met her at their first vet appointment and the rest is history. After about two hours with Mr.White (the black kitty with a tiny white tip on his tail) I knew we had to keep him.

I never planned on adopting TWO kittens, let alone ONE so soon. But I honestly cannot believe how much happier I feel with these two crazy kittens rolling around in my bathroom. They have taken over what was my cosmetics trolly and turned it into a bunk bed of sorts. They are too small and a bit too scared and mischievous to adventure around the rest of our place yet, so bathroom buddies they are for now. 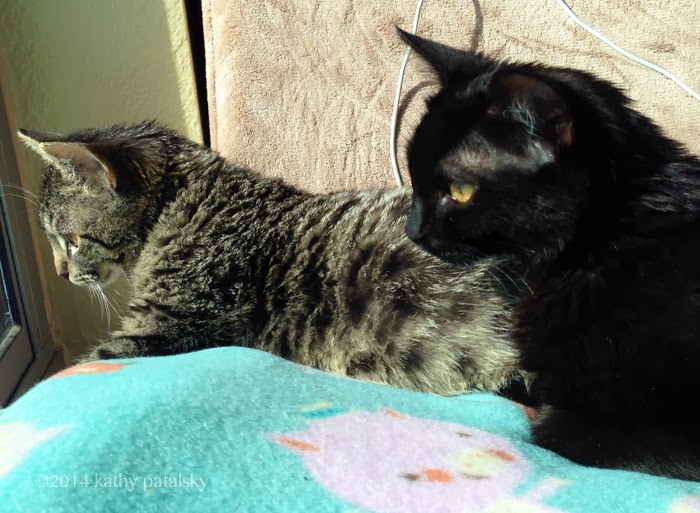 Oh and the reasons for the names?

Sochi: I thought this would be such a cute name, and it commemorates the time when I decided that I was ready to save another kitty. During the 2014 Sochi Olympics!
MrWhite: Ha. OK, so I promised my husband that if he was OK with two cats he could name the second one. We loved the show Breaking Bad so he was calling the black kitty Heisenberg for the first day, then we switched it to Mr.White simply because the kitty is so prim and proper and polite that he looks like a “Mr” something. Mr.White stuck.

Nelly is still a very visible part of my life and I still talk to her in spirit every day, and kiss her photo by my bed goodnight. I have always loved cats, we had them everywhere when I was a kid. But I have to thank Nelly for teaching me that I can open my heart to animals for the rest of my life. And never feel guilty or sad for moving on, but truly grateful that I was gifted such a special creature to motivate and fill my heart in so many ways. Forever. Thank you Nelly.

And to all the pet owners out there, thank you for loving your animals. It is not always easy to have a pet. But the rewards in the end last forever.

So Happy Valentine’s Day everyone! Much love from our busy kitten home to yours. 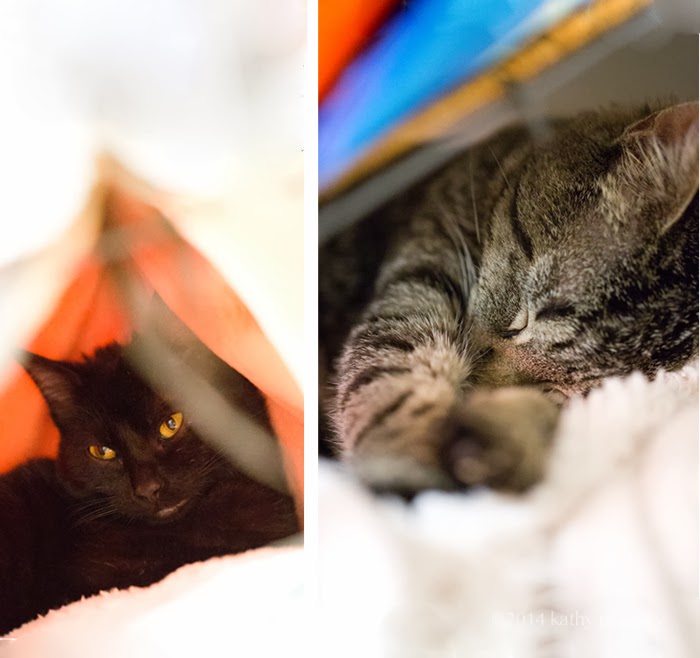 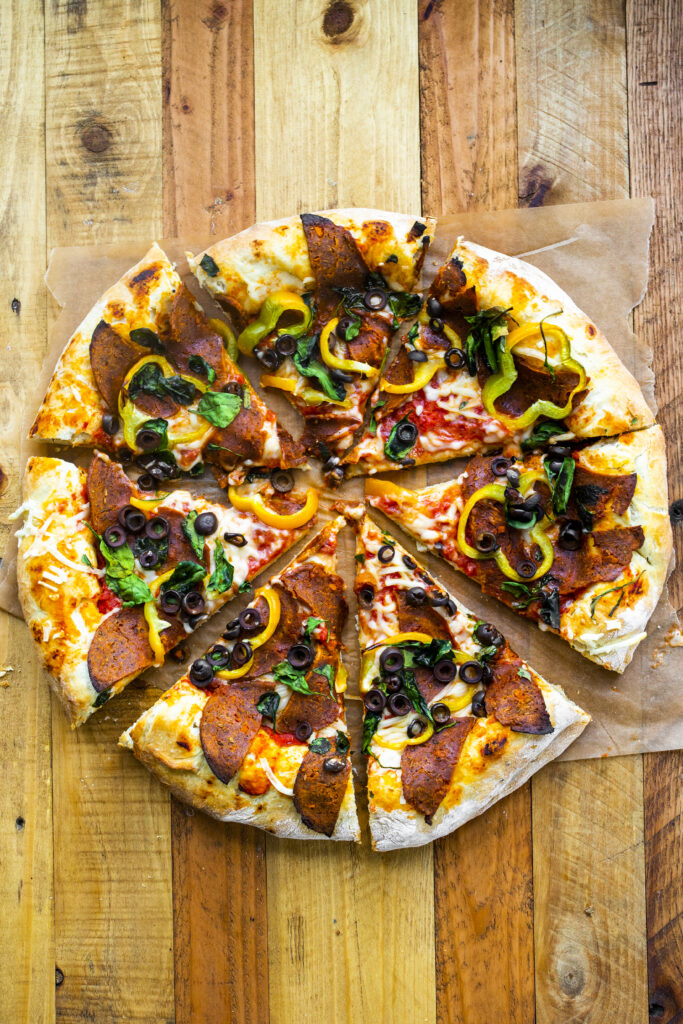 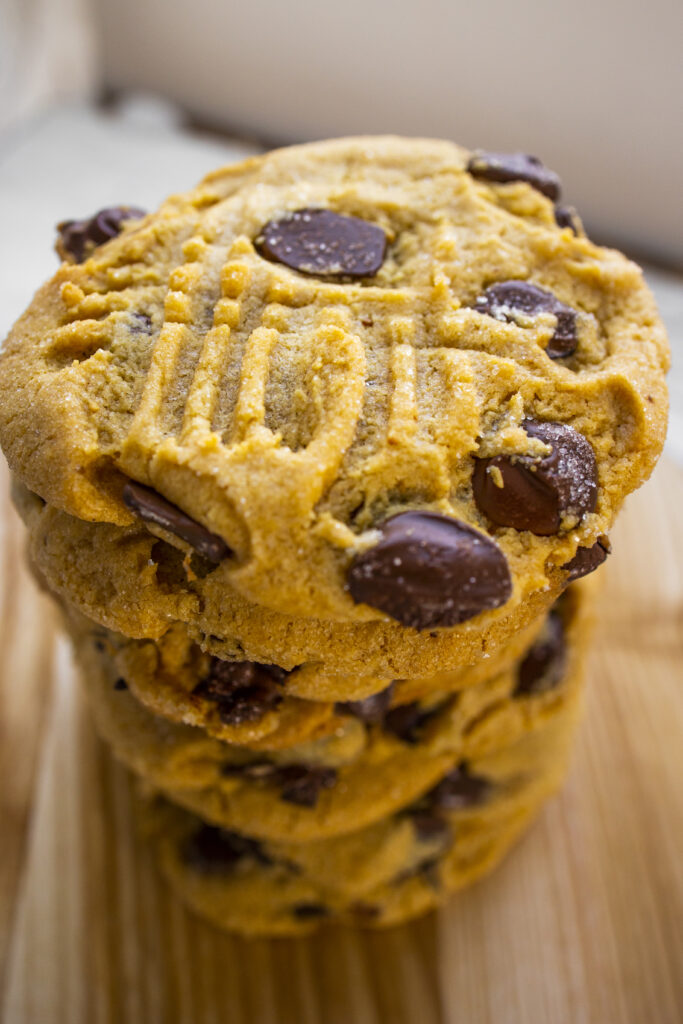 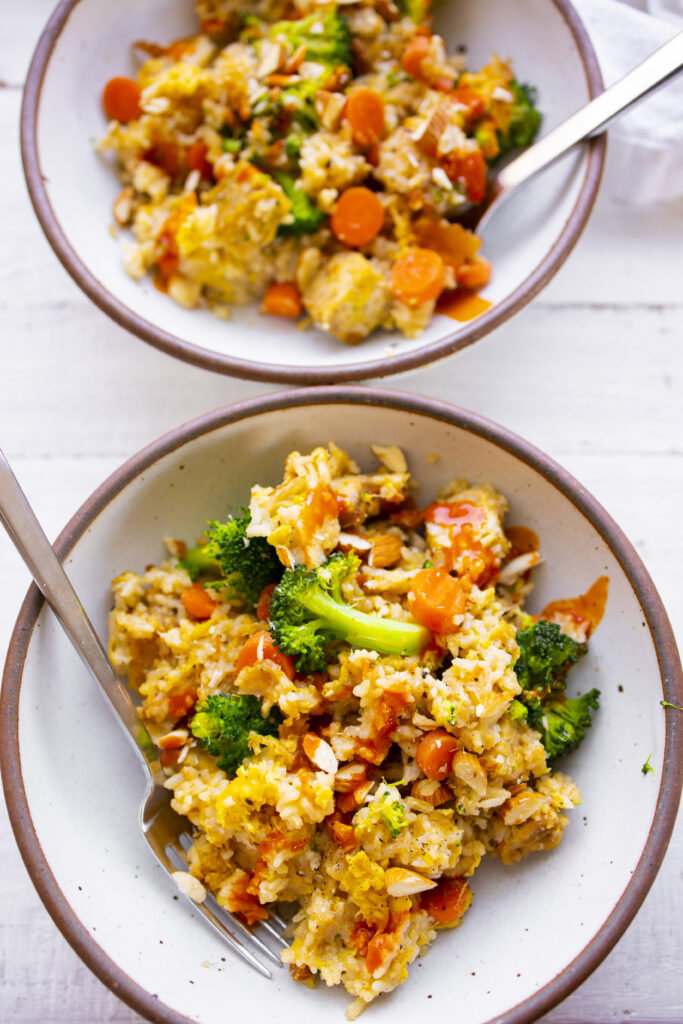 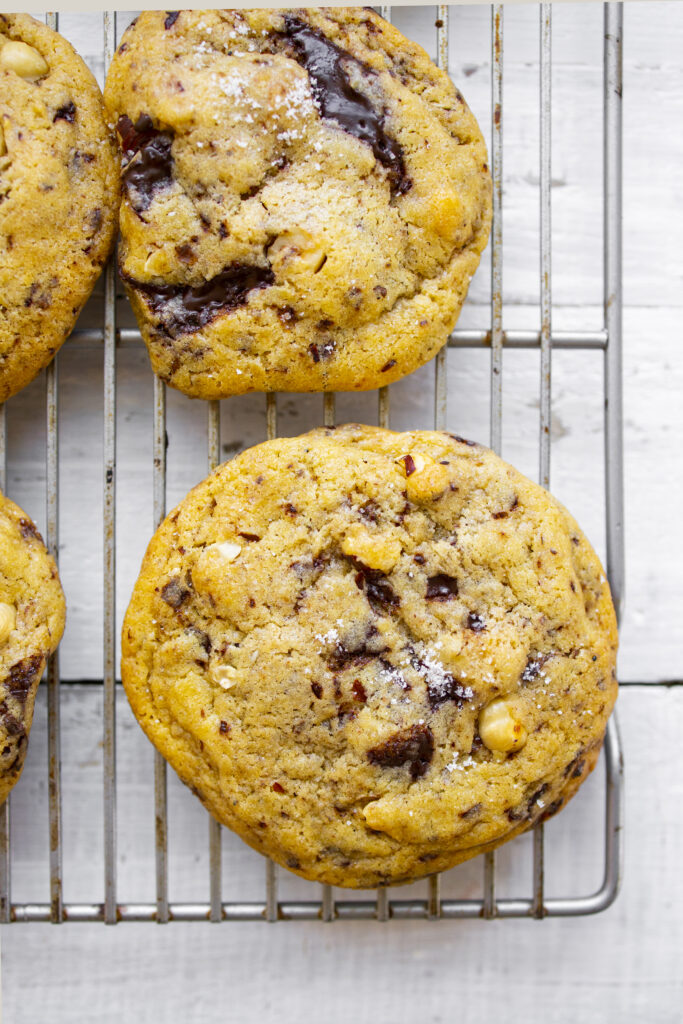