Home » This and That » The Veg Edge on Cooking Channel! Did you watch??

Last night I watched The Veg Edge, an hour-long special which aired on Cooking Channel, the network brought to us from the creators of The Food Network. The Veg Edge feedback from the vegan community is quite clear – let’s discuss, shall we? (plus read my open letter to Cooking Channel)…

I sat wide-eyed as The Veg Edge’s colorful opening credits rolled. And as the show rolled on, sounds of glee filled my holiday-light twinkling living room, “Hunny, I think that’s the first time I’ve seen tempeh featured on TV!” I squealed to my husband as I watched a vegan food cart chef douse a block of tempeh in crimson colored spices – prepping it for his batch of “vegan ribs”.

I spotted familiar faces on every veg-filled segment. Finally a cooking show that gets “vegan” right!.. “Hey, there’s Chloe! Love her. She’s so cute. Love her attitude! Oh yay, Dirt Candy! Chef Amanda! We sat there! You ate that hunny. OMG her zucchini dish looks ah-mazing!”

..I was a giddy vegan-foodie viewer, to say the least.

The only part I didn’t like was when they asked veg-eaters “what they missed” from their non-veg diet days. Clips ran of people saying “meat” “a juicy steak” “cheese”. I shouted at the screen, “Ask me, ask me! I don’t miss anything!!!” But that was the only part of the show that I didn’t like.

Vegan Food Show. So yes, I admit I was a bit skeptical before watching the show. I suspected that this special (like many vegan-themed shows on TV in the past) might frame vegetarians and vegans in the “stereotypical” granola-y/eating-disordered/annoying-hippie light. But boy was I wrong! From start to finish, I was bathed in a refreshing perspective of the vegan lifestyle. There was diversity and culture and fun and innovation.

For the first time in a while, I saw myself reflected on a major network cooking show. The image: cool, modern, open-minded, fun, creative, delicious-food-eating veg*ns! And the show was so diverse, I not only saw myself, but a wide variety of veg*n personalities..

Diversity! The Veg Edge had something for everyone. It showed us the fine dining veg eats at Dovetail restaurant in NYC. It showed us the rebel food cart communities in both Austin Texas and Portland Oregon. It showed us the genius, creative Chef Amanda Cohen and her take on veg-cooking at her NYC trendsetting restaurant Dirt Candy. And it even showed us the uber-perky-vibrant-fun side of vegans – all encapsulated in one of my Veggie Girl Power ladies, Chloe Coscarelli. Oh, and how could I forget the brilliant presence of Isa Chandra Moskowitz.

“The world has changed its diet.” – Chef Cohen, of Dirt Candy NYC

Veg Edge: I. Want. More! I do. I want this to be a permanent show on Cooking channel. And since I read many like-minded tweets on Twitter after the show aired – I know you guys feel the same!

So onto my letter to Cooking Channel…

Bravo and good job! The Veg Edge rocked my vegan world. I laughed, I learned, I became very, very hungry. I truly hope you bring back The Veg Edge as a solid placeholder in your ever-expanding, ever-improving lineup of quality cooking shows that feed your viewers hearts, minds and tummies. All I kept thinking when I was watching the show is about how many restaurants, Chefs, bloggers and entrepreneurs in the vegan community there are left to feature on a show like The Veg Edge! I want to see Pure Food and Wine, Native Foods, Real Food Daily, Candle 79, Millennium, the talented founders behind these restaurants – and many many more on the show.

So next steps, I think you need a host. I’d love to apply for the position. *big smile* Or if you need any help taste-testing the yummy eats on the show I’ll gladly volunteer. *still smiling*

Thanks for the show Cooking channel, I hope to see many more smiling vegan and vegetarian faces on your channel. I’ll be watching! 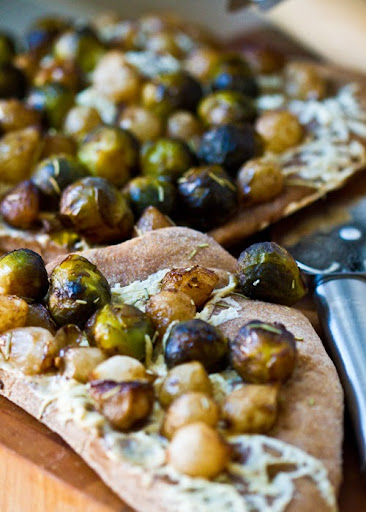 More info on The Veg Edge, from Cooking Channel’s Website: “The Veg Edge journeys the country unearthing a new breed of vegetarians. From a punk rock vegan in L.A. to vegetable-loving firemen deep in the heart of Texas, to a kick boxing chef who serves up meatless Mondays at his high-end NYC restaurant. Vegetarians 2010: food carts in Portland, a California beauty, East Village hipsters, confessions, recipes, even ribs!…sort of.”

About Cooking Channel: “Cooking Channel is an entertainment brand dedicated to today’s passionate food lover. From the creators of Food Network, it’s for food people, by food people. We throw open the doors for this audience on TV and online, sparking the conversations that fuel people’s passion for food and cooking. Dynamic experts offer depth and detailed information including unconventional how-tos, global cuisine, wines and spirits, international travel, history and hidden gems, and even some classic favorites. Cooking Channel — stay hungry.”