Home » This and That » Accidental Foods Inventions: Kitchen Creativity Rules! 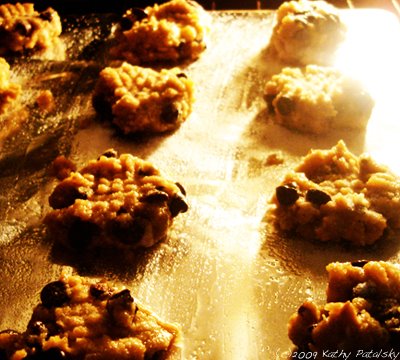 When I’m in the kitchen, I always remember to keep an open mind about the foods I am cooking with and the recipe I am referencing. Sticking to a recipe salt grain by salt grain will only lead to disaster somewhere down your culinary road. Cook outside the lines once in a while, you’ll learn a lot more than if you habitually take the straight and narrow recipe path. Improvisation, substitution and experimentation are three key qualities that separate the recipe followers from the chefs. And you never know what new food creation you may accidentally invent! Here is a list of ten foods and recipes that were created by accident or experimentation. I hope it inspires you to push your printed or book-bound recipe to the far edge of your kitchen counter and really start cooking with your own eyes, ears, nose, mouth and hands…

In my research for this post I found about thirty or so good examples of accidental food inventions, but these are my top ten favorites. They are recipe, kitchen or food inventions that were made simply by accident, experiment or a “whoops” moment.

Baking and Creativity Note: Yes I know that ‘baking’ as opposed to cooking is more of an exact science in measurements and procedures. But even still, changing up a recipe is always my advice to every chef or baker out there. Allowing for creativity in the kitchen is what is bound to keep you in the kitchen.

1. Chocolate Chip Cookies.
You may have heard the story of how chocolate chip cookies came to be-by accident. One day in 1930, Toll House Inn’s Ruth Wakefield was out of baking chocolate, she used a smashed up semi-sweet chocolate bar instead. To her surprise, the oven had not melted the chocolate into the dough, but rather kept little chunks embedded in it. Her Whitman, Massachusetts inn soon became famous for this chocolate chip cookie creation. 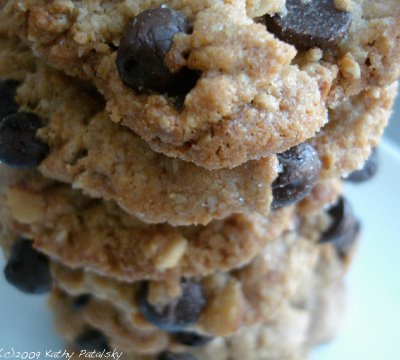 2. Potato Chips.
Back in 1853, a customer at Saratoga Springs’ Moon’s Lake House began requesting a crisper chip-sending a potato dish back again and again. The chef, George Crum, finally got so angry that he deep-fried the taters into oil and sprinkled them with salt to serve. The customer loved them! And chips were a new menu hit.

3. Saccharin. (boo this possibly cancer-causing invention, but it’s still a fascinating story.)
In 1879, Johns Hopkins University researcher, Constantine Fahlberg spilled a chemical on his hands right before lunch. Neglecting to wash it off, he tasted the super sweet chemical on the bread he was eating. He was issued a patent in 1884.

4. Raisins.
The Egyptians back in 1490 B.C. found dried grapes on the vines. Many thought they were old and inedible. But those who ventured to taste them found them to be sweet and delicious. Raisins are mentioned in Egyptian writings to be used as food, medicine, sporting contest awards, tax payments and even temple decor.

5. Iceberg Lettuce.
One lettuce season back in 1920, a crop of Crisphead lettuce was a bit paler, sweeter and crunchier than normal. Instead of being a wasted crop, this new breed of lettuce was desired by shippers because of its ability to stay crisp and fresh longer than the traditional lettuces. Farmers decided to breed these traits into future plantings of lettuce.

6. Tofu.
AOL food says: “While it’s impossible to pinpoint the particulars, one popular origin story maintains that in ancient China boiled, ground soybeans were accidentally mixed with impure sea salt containing calcium and magnesium salts, causing the slurry to gel. Another legend has it that a different Chinese cooked mistakenly dropped nigari, a natural coagulant, into a pot of soybean milk, resulting in a surprisingly edible curdle.”

7. Ice Cream Cones.
Classic story, at the 1904 St. Louis World’s Fair, a n ice cream vendor ran out of cups. A nearby pastry vendor, Syrian Ernest Hamwi, decided to help out by wrapping his waffle pastry into cones. It was a hit. However it is important to note that even though the Fair made headlines for cones, a patent for an ice cream cone was actually filed earlier in that year by Italian immigrant Italo Marchiony.

8. Cornflakes.
In 1894, Dr. John Harvey Kellogg and his brother Will, both Seventh Day Adventists, were searching for wholesome foods to feed patients on a strict vegetarian diet. Will accidentally left boiled wheat out, it went stale. They sent it through rollers hoping for dough, but they got flakes instead. They toasted the flakes, which were a big hit with patients, and patented them under the name Granose. Interestingly, after Kellogg’s was formed, Will would not join his brother because he refused to add sugar to the recipe, thus lowering the healthy benefits.

9. Popsicle.
In 1905, Frank Epperson left a mixture of soda water on the back porch overnight with the stirring stick still in it. It froze solid, and the next day Frank had a stick of frozen soda water. He showed his creation to his friends, who loved it. Thus began the Popsicle.

10. Veggie Patty.
So I’m sure a ‘veggie patty’ was created long before Garden Burger founder, Paul Wenner patted one together, but you have to hand it to him for making it a worldwide success: “GardenChef Paul Wenner™ created the Gardenburger® Original veggie patty in 1981 at his vegetarian restaurant, The Gardenhouse, in Gresham, Ore.”