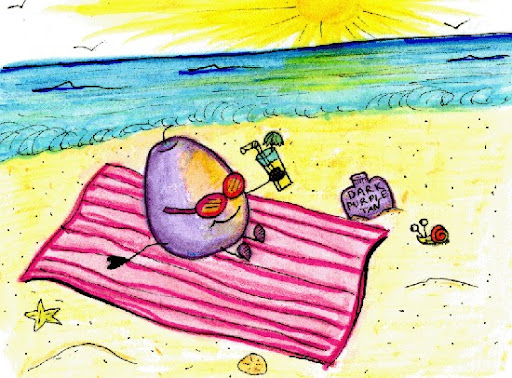 I confess. Last night I was packing for my weekend jaunt to Los Angeles as Beverly Hills 90210 re-runs, that I had been DVR-ing all week, played in the background. Don’t laugh, I can’t help it – I love LA! I lived in LA for a few years while in college, but I haven’t returned to my old stomping grounds in about eight years – so needless to say I’m super excited for my California adventure.

Dole Cali Cook off. But this won’t be a purely leisurely trip. As I’ve mentioned before, on Saturday June 26th I’ll be one of five finalists competing in the DOLE California Cook Off Recipe Contest, judged by celeb-Chef Ben Ford. I am nervous, flustered, anxious and super excited for the competition. Even if I don’t win, it’s still nice to see my vegan recipe make it to the final round! Event details here. Or visit the official DOLE Cook Off site.

So in celebration of my trip, I put together my Top 20 Things I Love About LA List. I also designed a few Cali-fabulous LBB tees. Check them out..

LA Favorites. Here are a few of my favorite things, places, eats and memories a la LA in no particular order…

1. Real Food Daily. My fave LA restaurant. RFD was one of the first all-vegan restaurants that inspired and intrigued me about vegan dining. For once, vegan food was more than avocado and sprout sandwiches or cheeseless pizza – it was cravable, complex, modern and innovative. No wonder RFD is still going strong with two thriving locations in Santa Monica and West Hollywood. Aka, WeHo and SaMo.

2. Native Foods Westwood. I lived in Westwood, so I went to Native Foods more than a few times a week. I adored the large basket of sweet potatoes they kept next to the entryway counter. Their salads and sandwiches were some of the best vegan flavors I had ever experienced. When I first dined at Native, I actually had no idea it was 100% vegan. I was only vegetarian at the time. Native Food’s eats changed my perspective of what casual vegan food could be. Suddenly my ‘vegan lunch’ went from hummus and pita to complex seitan wraps and salads. My ‘vegan lunch’ now had a personality, life and flavors that made me taste buds wild! My fave menu item? There was some creamy, vegan ‘chick’n’ wrap stuffed with veggies and spices – it was intoxicatingly delicious.

3. Santa Monica Farmer’s Market. Ahh, bliss! Heaven. Give me a tall frosty smoothie and stick me in the sunshine to stroll the market – and I’m set. Let me grab some greens, a basket of fresh berries and a brim-filled bag of crisp crunchy apples. Crunchy kettle corn and fresh baked bread. The Farmer’s Market(s) in Santa Monica were my fave weekend activity in LA. I’d grab a coffee or smoothie and stroll the strip loading up on all-I-could-carry eats. While I do love the NYC Greenmarkets – I have to say, nothing compares to California Farmer’s Markets…

4. Movies in Westwood. When it comes to the movie-going experience, there is an energy in Los Angeles that can’t be matched anywhere in the world. Hollywood is the land of cinema, and the city-wide passion for film is quite aparent. I remember attending movies on opening night in Westwood – the theater would be buzzing with energy. At the end of the movie the audiences would actually stand up and cheer – almost as if they were watching a live Broadway show. Going “out to the movies” on a Friday night in LA has a rare lusterous amount of esteem. It’s not really the “back-up plan” it’s the main event of the night.

5. The Rose Bowl, Dodger Stadium and Staples Center. I saw my fair share of concerts and sporting events at these three awesome venues. OK, so a few of the concerts were Britney Spears concerts…but I enjoyed every minute of them!

6. Central Casting, aka Seatfilling and Movie Extra-ing. Since I was a student while in LA, I had a lot of fun part time jobs. I worked at the Jamba Juice in Westwood for a year, but even more exciting, I was an “extra” or “background actor” in more than a few films and TV shows. Central Casting, ah the memories. Curious to see my cameos? Check out the ‘test taking scene’ in Van Wilder and you’ll see a nice close-up of me in – i’m the student in the red hoodie. I also danced on stage with Bon Jovi at the VH1 My Music Awards at the Shrine, unsuccessfully tried out for Wheel of Fortune, was an extra on Jag, Providence and 7th Heaven among others, attended the very first Survivor reunion show at CBS studios, attended the red carpet Emmy Awards show and even did several grueling all-nighter/it’s-freezing-cold shoots for that silly teen film Not Another Teen Movie. All fun stuff.

8. SPCLA. I will forever thank the SPCLA shelter for giving me one of the greatest gifts ever: my kitty cat Nelly. I adopted her in LA in October 2001. Just a month after the September 11th attacks. Adopting Nelly was a spur-of-the-moment decision. In fact, my apartment didn’t even formally allow “pets” at the time. Whoops. But I couldn’t leave that shelter without saving that little kitten who dug her claws into my brand new sweater and wouldn’t let go to be put back in that tiny cage with othe two kittens hissing at her. Nelly has been with me on all my adventures ever since then. Cross-country travelling. Moving to DC, NY, DC again, meeting my husband, getting married, moving to NYC. Through it all – Nelly has always been there. So I thank LA for that.

9. Whole Foods Brentwood. The Whole Foods in Brentwood was my go-to place to shop. I loved it. I’d find a spot to park – which was sometimes a grueling process. Grab my groceries and be on my way – past the little news stand out back. At the Whole Foods I remember buying Kombucha for the first time – Uncle Eddie’s vegan cookies and a glorious slew of healthy fruit and veggies. I also frequented the Whole Foods in Beverly Hills and West Hollywood.

10. Farmer’s Market – the original. Third and Fairfax, gotta love it.The Grove, next door, was built just before I moved. The fountains and music-from-fake-rocks. But even before The Grove took over – I loved the 98 cents/lb apples and the huge fruit platters for sale at the covered market.

11. UCLA-fight fight fight. Sorry USC, but I’m a UCLA girl. I lived right next to the UCLA campus and was submerged in the campus culture. Such an awesome community of students and teachers. And the campus is beautiful.

12. Hollywood Hills. Another fun driving adventure is to get lost cruising through the Hollywood Hills. And if you’re a celeb-spotter, why not grab a cheesy starmap and spot some celeb homes. Or at least get lost trying – most of the star maps are way outdated – You have been warned!

13. Santa Ana Winds. Those warm windy nights feeling the sea breeze comb through my hair and wash over my face. So mysterious and energizing.

14. Earthquakes. OK, not really a fond memory. But a reality of LA living. Hoping for no earthquakes during my visit.

15. Griffith Park. The best place to ogle the Hollywood Sign. Plus some beautiful hiking attractions. Peace and nature just a quick drive away.

16. Venice Beach. Artsy and diverse. A fun area to wander and people watch.

17. Malibu Drives. Another fave LA activity of mine: driving. Along Sunset and all the way up the coast to Malibu. The view is brilliant blue. LA is a car-culture town for a reason! There is so much fun to be had without ever leaving your snappy platinum-colored convertible – or your lil old car, windows rolled down.

19. Santa Monica Pier. So I’ve never actually rode the Ferris Wheel, but I have soaked in the 4th of July Fireworks from this famous spot on the coast. I’m not a huge wharf/pier person, but there is something romantic about the SM pier.

New Spots to See! I’m dying to grab a bite to eat at M Cafe, Veggie Grill or check out the new Babycakes in LA. Or try some NiceCream, as raved about by QuarryGirl. I won’t get to it on this trip, but eventually I’d love to dine at Madeleine Bistro.

What have I missed?? What are your LA faves???

And to get into the Cali spirit I crafted these Lunchbox Bunch tees on Zazzle…Buy them here – apparel section of my Zazzle store. 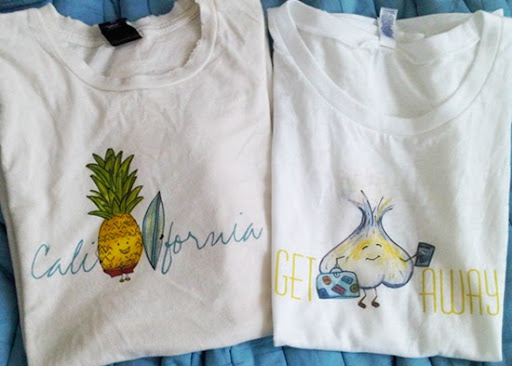 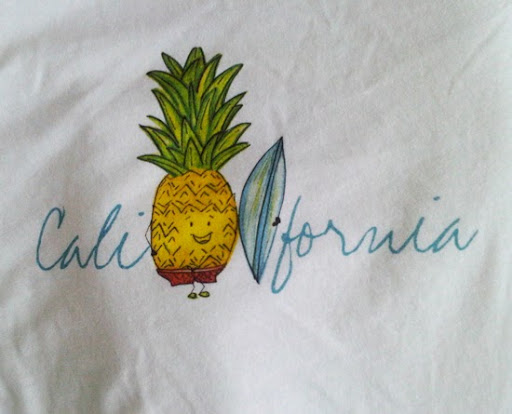 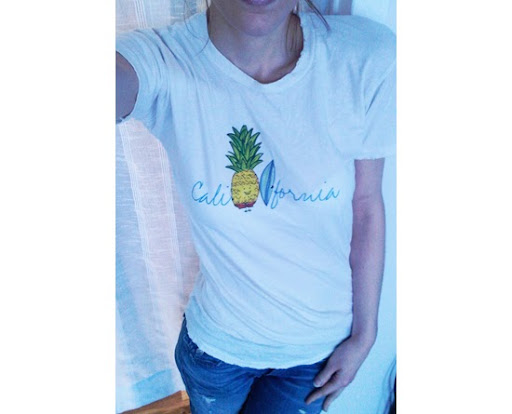 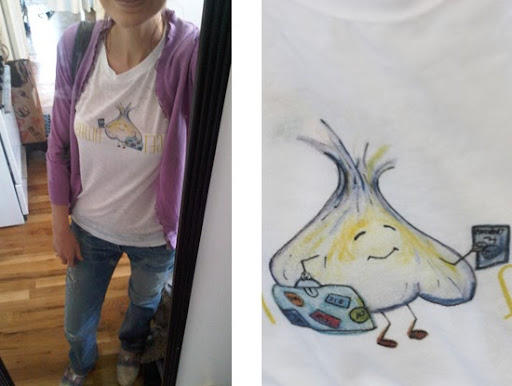