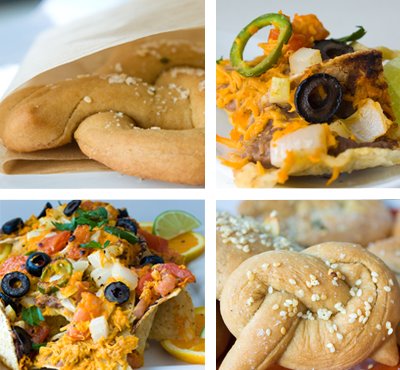 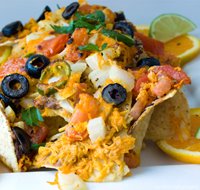 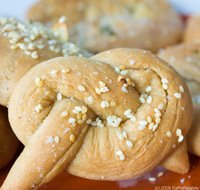 2. Healthy Giant Soft Sidewalk Pretzels. Whole wheat flour, nothing artificial, olive oil, sea salt, herbs, side of spicy Dijon (not neon yellow) mustard.
*Healthier than traditional Giant Soft pretzels which have 300-500 calories, corn syrup (most of the time) fiber-less white flour, and glowing white salt cubes. Oh and they are really not that good either-hard and overly chewy most of the time!

Next up, Sunny Sunday Brunch…