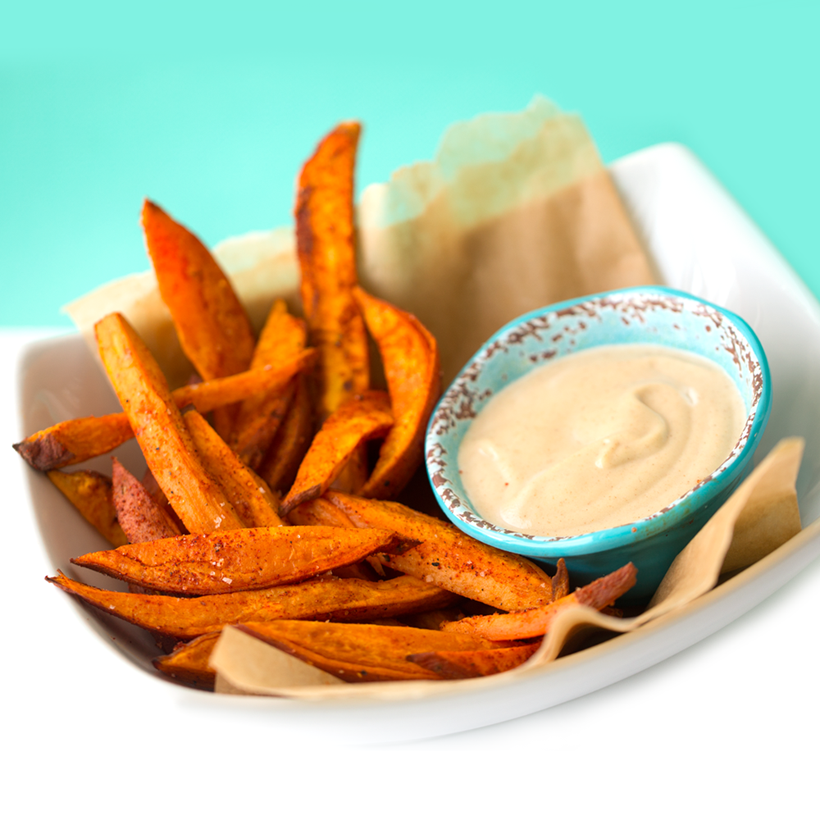 These sassy-sweet, baked Spiced Sweet Potato Fries are a yummy-healthy late summer treat. Strike that, an anytime treat! They give you the “fries” you are craving, without the actual “frying” part. And this creamy-sweet Cinnamon Cashew Dip is like a fluffy cloud of yum, in a bowl. If you love sweet potatoes like me, this a really fun, crowd-pleasing or solo-snacking way to prepare them… 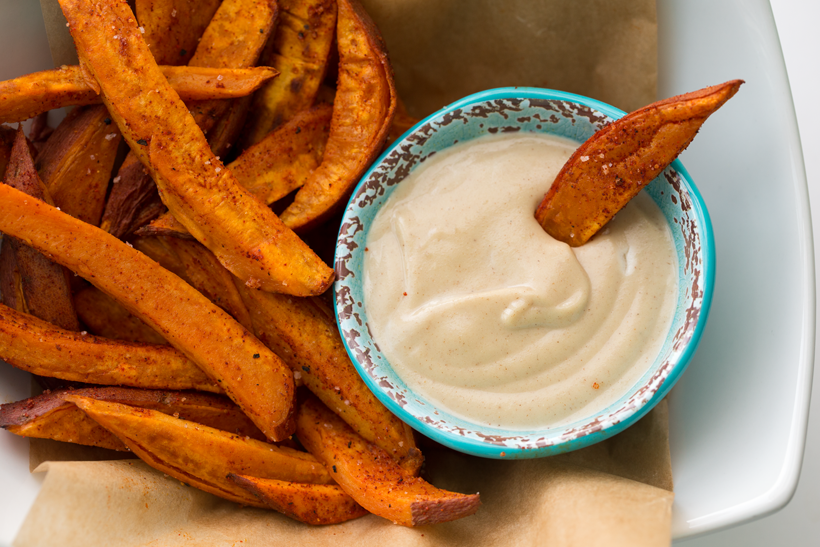 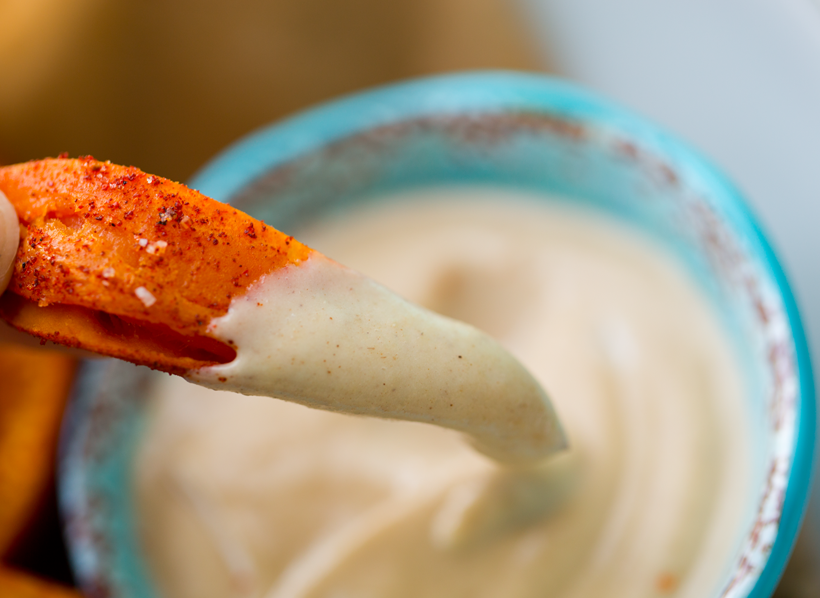 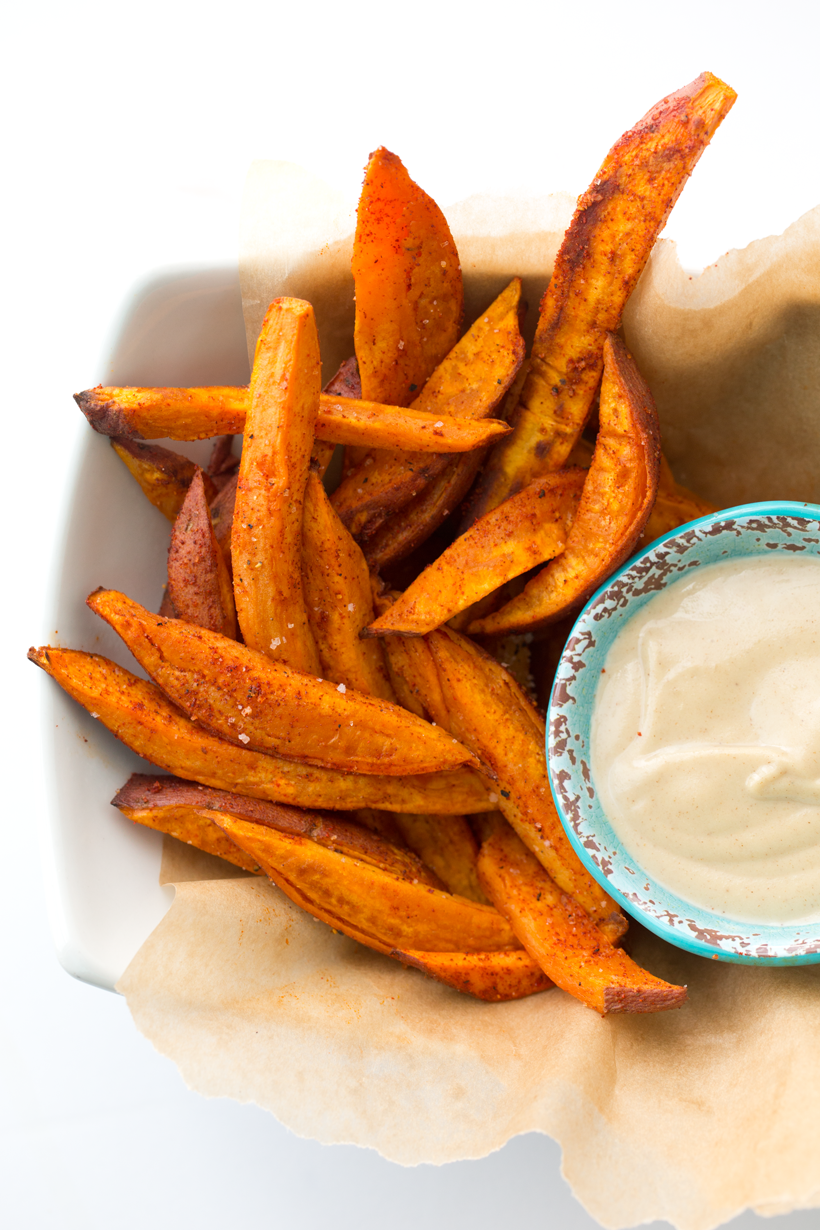 You can whip this snackable bowl up in under thirty minutes and chill on the couch while you indulge. The creamy cinnamon cashew dip tastes kinda like that amazing white cream cheese frosting you might find on a giant cinnamon bun. So feel free to eat it by the spoonful or drizzle it on anything and everything. Kinda has a raw cashew cheesecake taste too. I definitely ate some of this by the spoonful!

Pro-Tip: No time to bake the fries? Or just want to try the dip with something else? Try apples! This dip is also delicious served with sliced fall apples or your fave veggie sticks. For apples: toss apple slices in a bit of lemon juice, cinnamon and smoky paprika. Then serve them with the cashew dip for a fry-free version of this recipe!

Dip Note: You could also sub the cashews with walnuts for a different flavor, more rustic and hearty I would say.

Super Spiced? You can absolutely crank up the warmth on these fries by adding more smoky paprika, some ground black pepper and even a pinch of cayenne or chipotle powder. 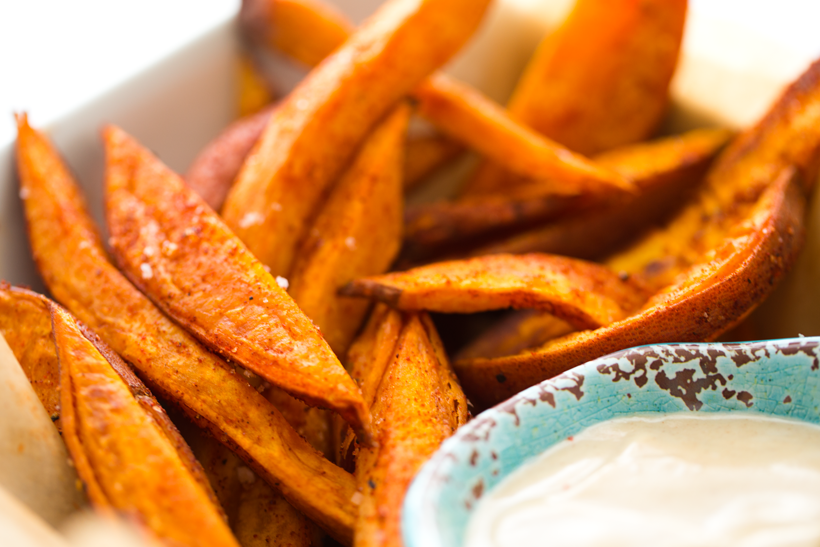 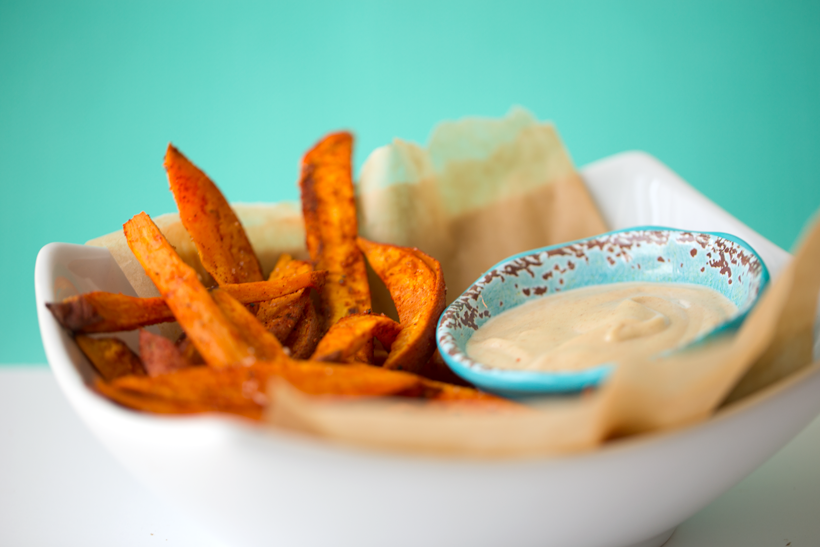 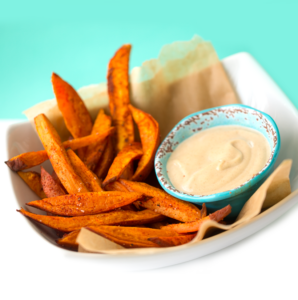