Home » This and That » Blackstrap Molasses: Black Goo that’s Good-for-You! 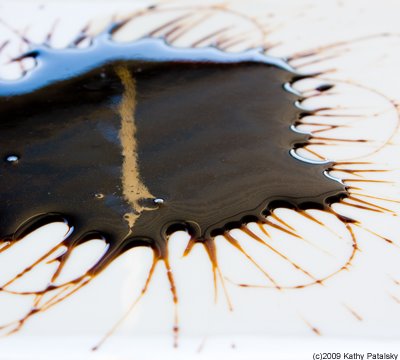 Blackstrap Molasses is my new obsession. It’s that pungently-sweet, thick, black goo that gives ginger cookies, BBQ Sauces and baked beans a unique bold flavor. Molasses is nutrient dense, a good source of vegan iron, caused a Boston city Molasses flood in 1919 and it’s even in the title of one of my favorite Broadway musical songs. Talk about a fascinating food. Click ahead to discover more and learn all about blackstrap molasses for health… 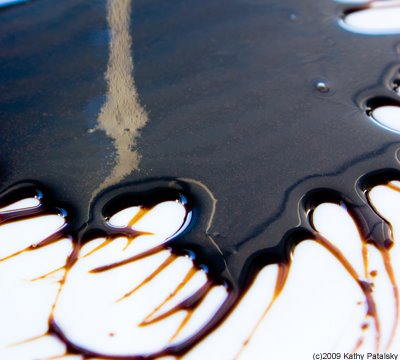 Molasses Origin: Pure sugar cane. Cane sugar is a plant, so it has trace amounts of vitamins, minerals and nutrients. But do you ever wonder where all those healthy ‘sugar’ nutrients go when the processing is complete? Clearly they do not stay in plain white granulated table sugar. The answer: Molasses!

What is molasses? Blackstrap molasses is a thick dark residue ‘goo’ left behind after sugar crystals have been spun off from
sugar cane. It is the by-product of the sugar refining process. Just as the wheat grain gets hulled and discarded when wheat flour gets refined into white. Sugar cane gets a similar stripping of nutrients, however in this case the manufacturers are bottling the residue and making it available as a product for consumers. Fabulous idea indeed.

What is the ‘best’ thing about molasses? As a vegan, my opinion is that the best thing is the high iron content in molasses.

The Vegan Society reports that, “Up to 22% of the iron in meat is absorbed, while only 1-8% is absorbed from eggs and plant foods.” While most studies also show that iron deficiency is not more common in vegans and vegetarians than the general population, it is still an important topic.

“Iron is a trace element which is needed by the body for the formation of blood. The human body normally contains 3-4g of iron, more than half of which is in the form of haemoglobin, the red pigment in blood. Haemoglobin transports oxygen from the lungs to the tissues. Iron is a constituent of a number of enzymes. The muscle protein myoglobin contains iron, as does the liver – an important source during the first six months of life. The body’s iron balance varies mainly according to dietary intake, as losses from the body are generally small – although women lose iron during menstruation.” -Vegan Society

How Much Iron do I Need?
There are several different recommendation charts out there.

Women and Iron. It’s interesting that on a daily basis, adult women need almost twice as much iron as men (according to the UK), and over twice as much as men according to the US chart. So when you see the nutrition labels for molasses with a % RDA for iron, it does not account for whether or not this is the RDA for men or women. Just another reason to ask yourself (especially women), am I getting enough iron? The exact amount of iron you need may vary greatly from person to person. Talk to your doctor about your specific situation.

Molasses and Iron. My Plantation brand Blackstrap Molasses says that one Tablespoon contains 20% RDA of molasses. But based on whose needs? Lets break this down with a little math…

Depending on what your individual RDA for iron is, I’d say molasses is a good source of iron. Men may only need about 2.5 tablespoon to get 100% RDA, women may need around 5-6 Tbsp. So obviously, neither sex should depend on molasses as their sole source of iron. 6 tablespoon of molasses a day is not something I’d recommend or personally enjoy! 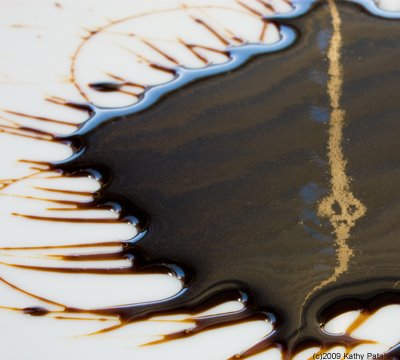 Blackstrap Molasses Nutrient Facts
per 1 Tablespoon
Note: You will find that the nutrient analysis data for different brands of molasses and sources of nutrient data, varies a lot. *I used a good average used for nutrient data below. Nutrient analysis for most foods is a variable science.
calories: 42-80
manganese: .54 mg (about 15% RDA)
copper: .42 mg (about 21% RDA)
calcium: 176.3 mg (about 18% RDA)
potassium: 511 mg (about 14.5% RDA)
magnesium: 45 mg (about 11% RDA)
iron: 3.5 mg (RDA depends on individual)

Nutrition Summary: Blackstrap Molasses is an excellent source of copper, calcium and manganese. And depending on your needs, it is a very good source of high quality vegan iron. To increase your iron-absorption, always consume a bit of Vitamin C with molasses. Vitamin C aides in iron absorption. Molasses is a sugar/sweetener, so it should be limited in your diet and still be grouped with the other added sugars you may consume.

Where do I Buy Blackstrap Molasses? I buy mine at Whole Foods. I currently use the Plantation brand of Blackstrap Molasses. From the Allied Old English Company. Other brands can also be found at various supermarkets worldwide. I also like the Wholesome brand of sweeteners. They offer a Fair Trade Molasses. You can see

Recipe Ideas: I am in the process of posting a few awesome recipes including molasses as an ingredient. The recipes will include: Soft Ginger Molasses Cookies, Gingersnap Energy Smoothie, Spiced Molasses Rum Cakes with Mango Walnut Drizzle, and even a classic Ginger Snap recipe. Keep an eye out for these upcoming recipes. All vegan. All molasses-yummy!
Onto the fascinating History of Molasses….

History of Molasses. You may have heard of the Molasses Act of 1733. Or recall something faint of it from your high school history class. Well molasses is traced back to the Portuguese:
“Melasus (sic) was first seen in print in 1582 in a Portuguese book heralding the conquest of the West Indies.”

Molasses was exported to the USA from the West Indies to make rum. High taxes were levied on molasses by the British via the Molasses Act of 1733. Molasses was very popular by the Colonists. It wasn’t until after World War One that white sugar prices dropped drastically and many Americans made the switch from molasses to grain sugar. About.com states: “By 1919, U.S. per capita consumption of white sugar was twice what it was in 1880, with most Americans completely switching from molasses to granulated white and brown sugar. ”

Great Molasses Flood. On January 15, 1919, a large molasses tank burst, and a wave of molasses rushed through the streets at an estimated 35 mph (56 km/h), killing 21 and injuring 150. The event has entered local folklore, and residents claim that on hot summer days, the area still smells of molasses. Read more about this fascinating event here.

Molasses to Rum. One of my favorite songs from the theater world is the song “Molasses to Rum.” from the musical 1776. The song comes when Edward Rutledge, delegate from South Carolina, is unhappy with the line in the declaration of independence about slavery in the united states and expresses why. There is something so mysterious and hypnotic about that song. This past spring I saw 1776 at the Papermill Playhouse hear NYC. James Barbour sang Molasses to Rum and it was more than spectacular. He sings it on his Broadway in Concert CD, if you are curious to hear it. You can even buy it to download here (single song or full cd, it’s fab): 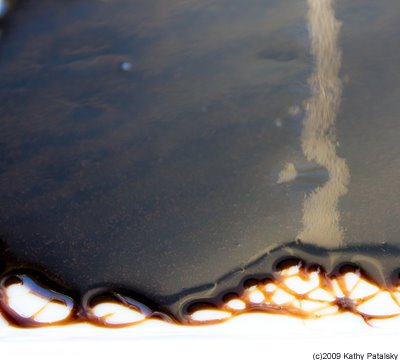 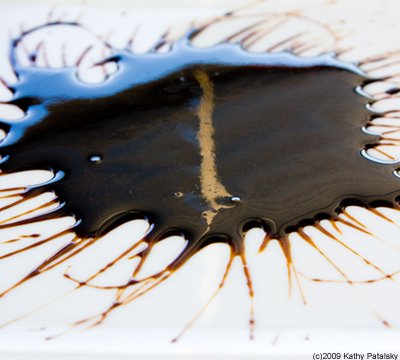 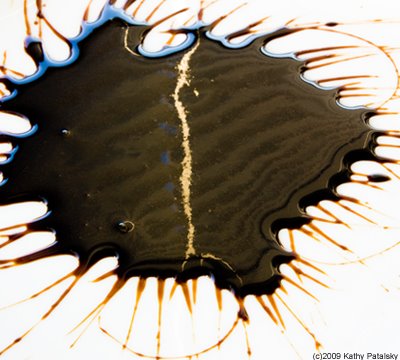 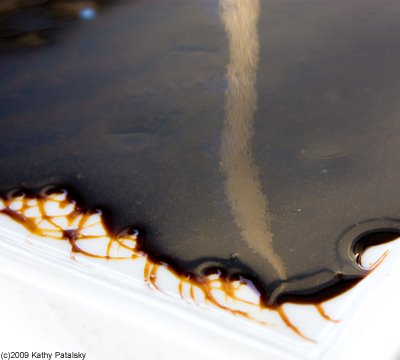