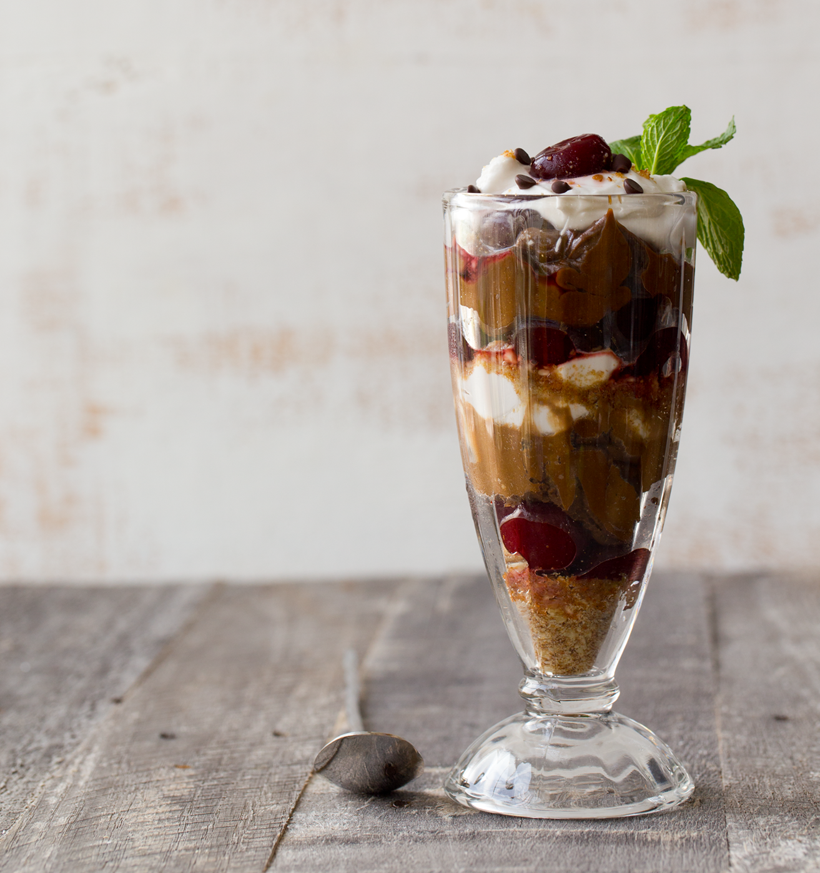 Today I share my Chocolate-Cherry Pudding Parfait and feature the fun recipe video I filmed with my friend Sharzad Kiadeh. Sharzad is one of my fave people online. Seriously. If you want someone fun, creative, hilarious, sparkly-fabulous and super down to earth to follow, this is your girl.

Sharzad Kiadeh runs a crazy-popular YouTube channel, among other shiny, fabulous online things and projects. You may have seen her as a co-host on The Mom’s View — or remember her from the last time I shared our video collab here on HHL.

Sharzad has been adding LOADS of vegan recipes to her diet and featuring them on her YouTube channel (woo-hoo!) so I am happy to share some of my vegan recipes with her audience — who are mostly busy mamas and people less familiar with vegan cooking — so they want FAST, EASY and DELICIOUS. Done and done.

I have not been doing a whole lot of own on-camera videos lately just because I haven’t felt up to it as I work on pulling myself out of my difficult-winter-funk / burnout, as I talked about a tiny bit here. But I am so glad I said yes to this video with Sharzad! I mean, laughter with friends is one of my favorite forms of therapy.

And basically I adore spending time with Sharzad because she is one of those people who just makes you feel GOOD. And usually I end up cracking up in fits of uncontrollable laughter about something, and yup, sure enough… 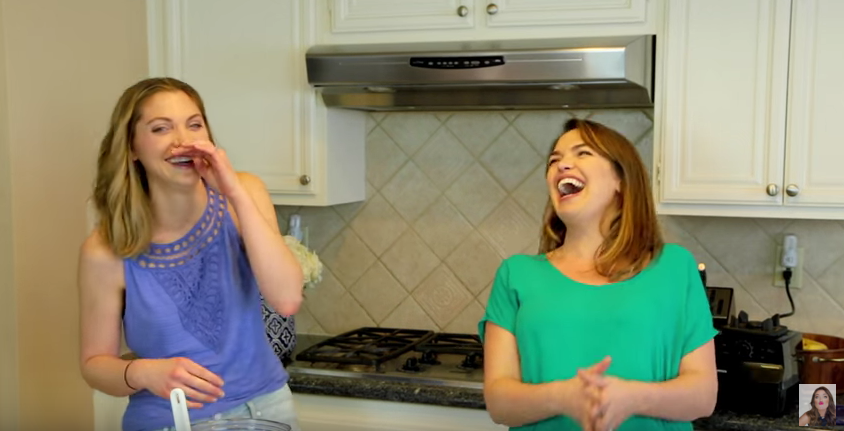 Laughter Is Literally The BEST. This time I ended up cracking up over something about math. And the fact that we both went completely blank trying to figure our what ⅓ cup times four was… I think we had on-camera brain because we literally could not figure out that it is (duh, obviously) 1 and ⅓ cups. So hilarious. (Our math-glitch didn’t make the video, so you will just have to imagine me needing a moment to collect myself because I literally could not do recipe math on camera and couldn’t stop laughing about it. If you have ever had a camera pointed at your face and been asked a left brain question, you might know what I mean! I think that is how Jimmy Kimmel gets all those people to look like they do not know answers to basic questions! ha.) 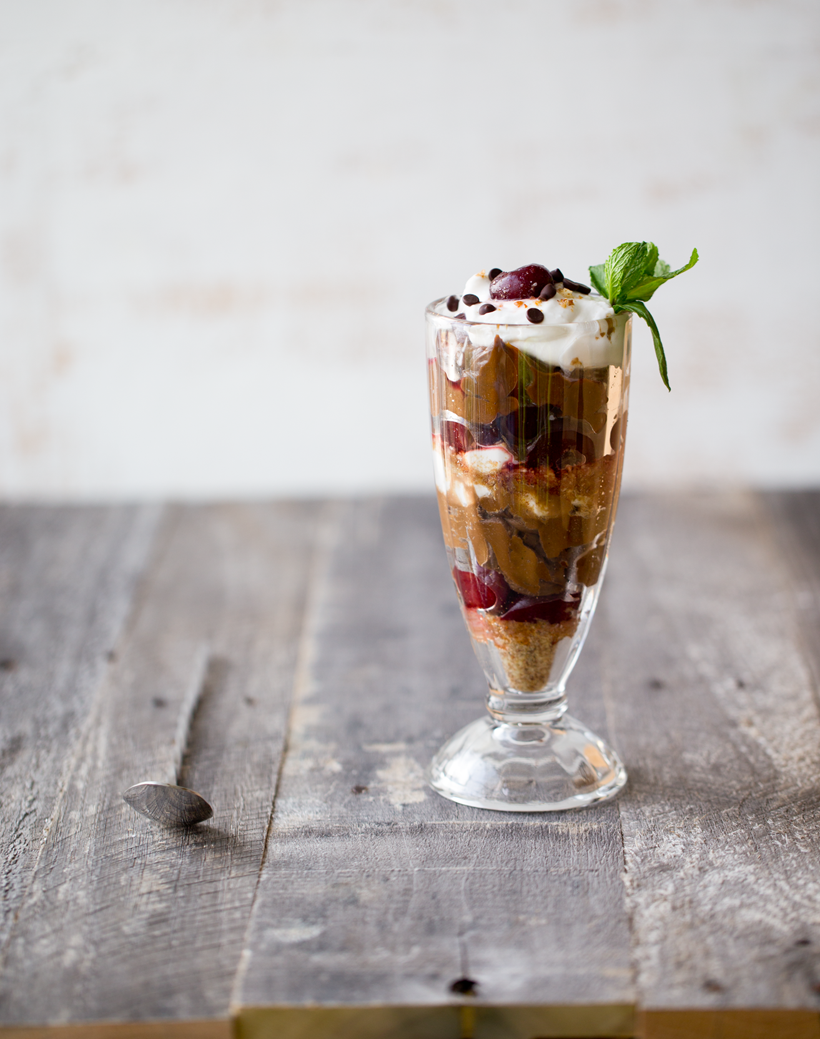 Sharzad does a really fun recipe theme for her channel called “My Dancing Kitchen.” Last time I made Pumpkin Alfredo Pasta with her and shared my Britney Spears dance moves. (That video is below too.) This time I went into a really spur-of-the-moment cheerleading routine. Not sure where that came from but OK! I think it was because we were both talking about growing up in Santa Cruz and my school Aptos High. Where I was not, by the way, a cheerleader but that didn’t stop me from knowing plenty of the cheer moves. Actually now that I think of it I DID go to “junior cheer camp” in junior high and that is where I picked up this silly cheer song. Some random fun facts for you today!

But FYI to Sharzad.. I now remembered that I know the entire dance to “Bye Bye Bye” by *Nsync, so obviously the next time you want to invite me on, I know exactly what moves I will be busting out. Bye Bye Bye, bye BYE! 😉 #1999HighSchoolGradRightHere 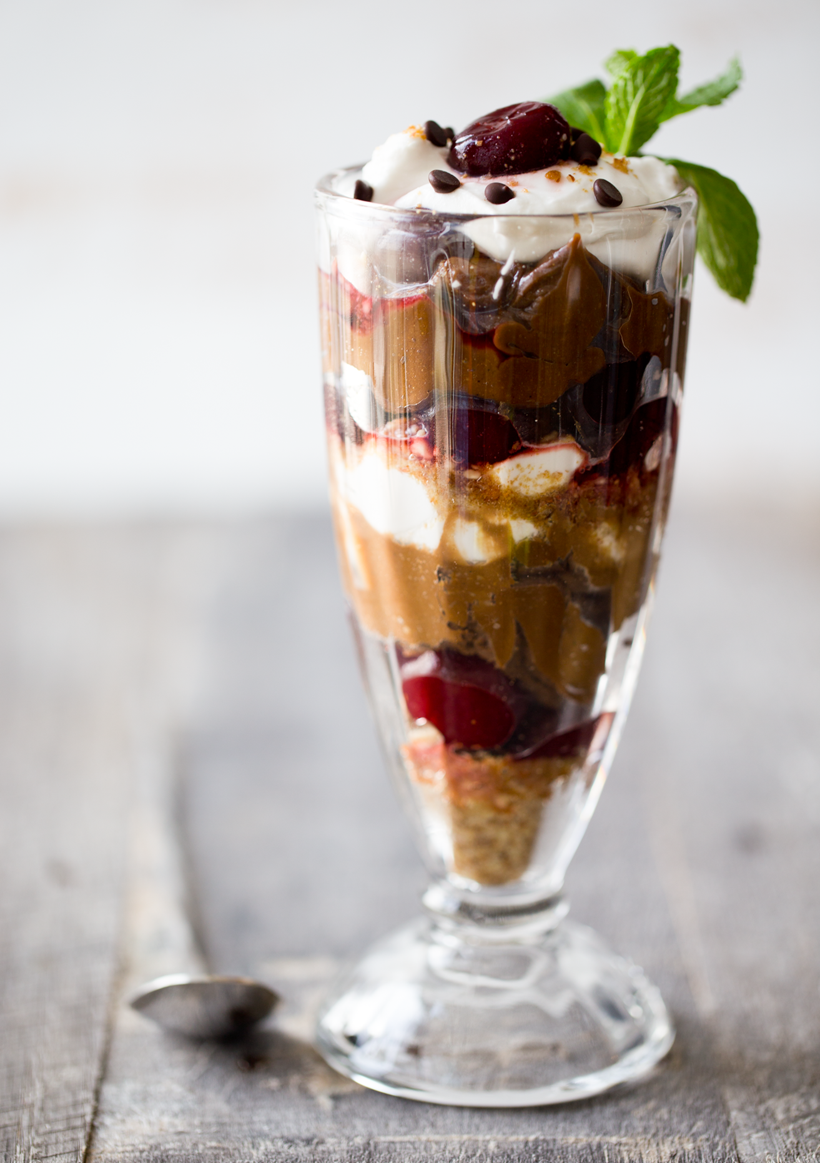 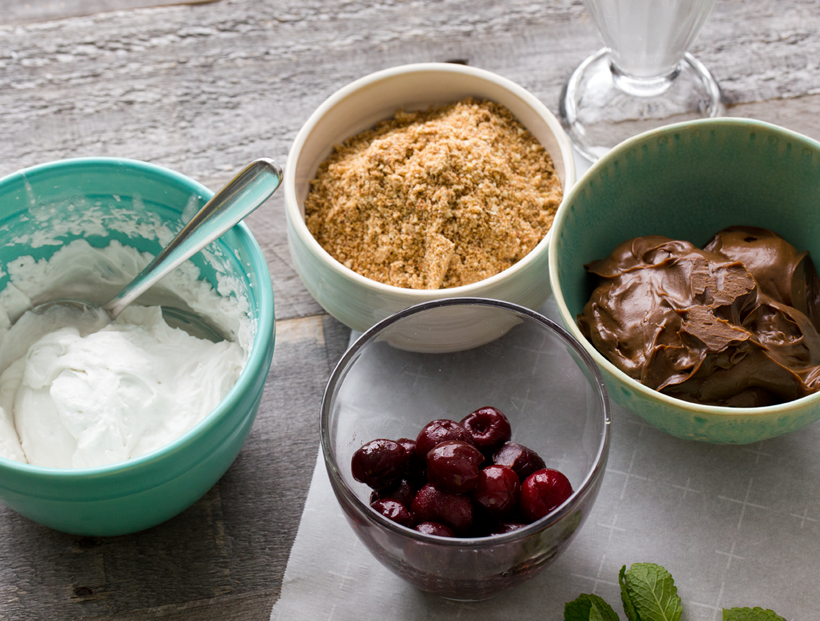 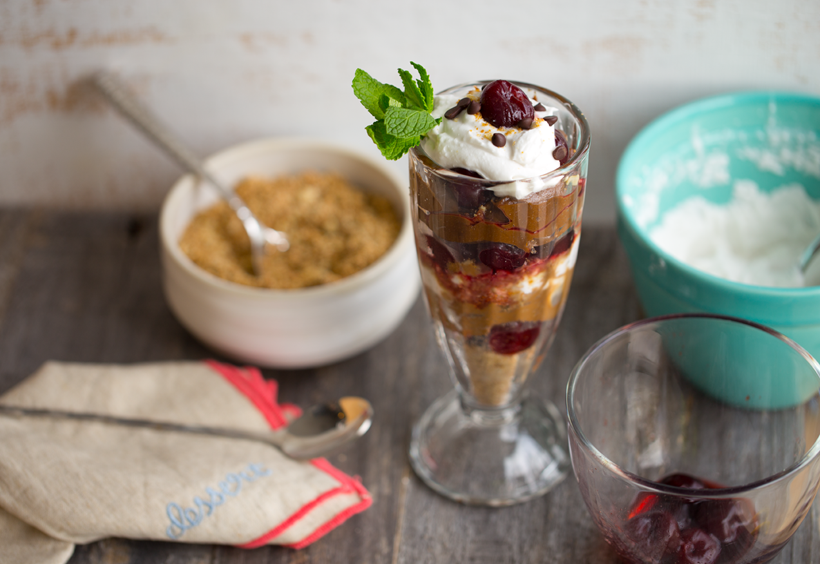 That coconut whip though… 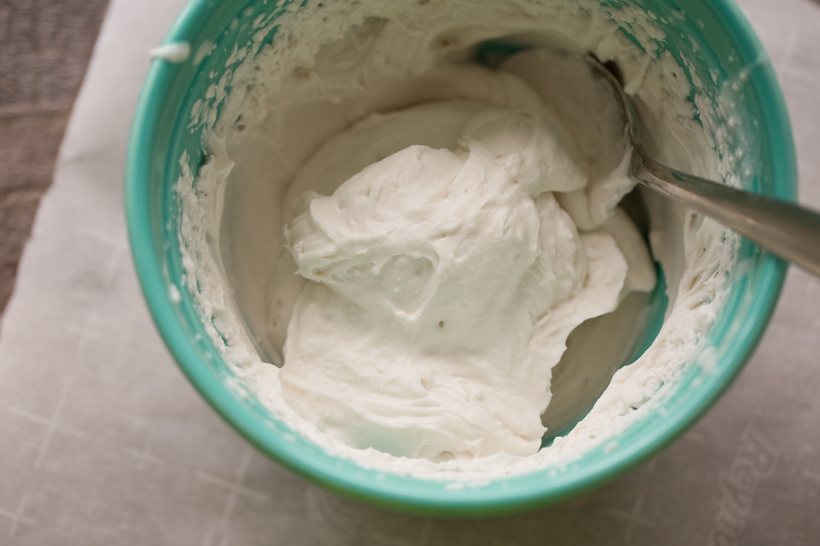 Vegan Chocolate-Cherry Pudding Parfait! For today’s recipe I take the yummy chocolate pudding Sharzad and I made together (you have to see the gorgeous avocados we used!) and I added some of my fave dessert flavors, cherries and coconut whip and some crumbly ginger-snappy and almond crumble in there too…

Fast and Easy Coconut WhipOne of my most popular posts for a reason.. DIY Coconut Whip in minutes. Dairy Free Whipped Cream! Love this stuff on avocado pudding, ice cream, fresh berries, hot cocoa and so much more.Posted by Healthy Happy Life by Kathy Patalsky on Saturday, March 5, 2016

In case you missed Sharzad and I’s Pumpkin Alfredo video from last fall!.. 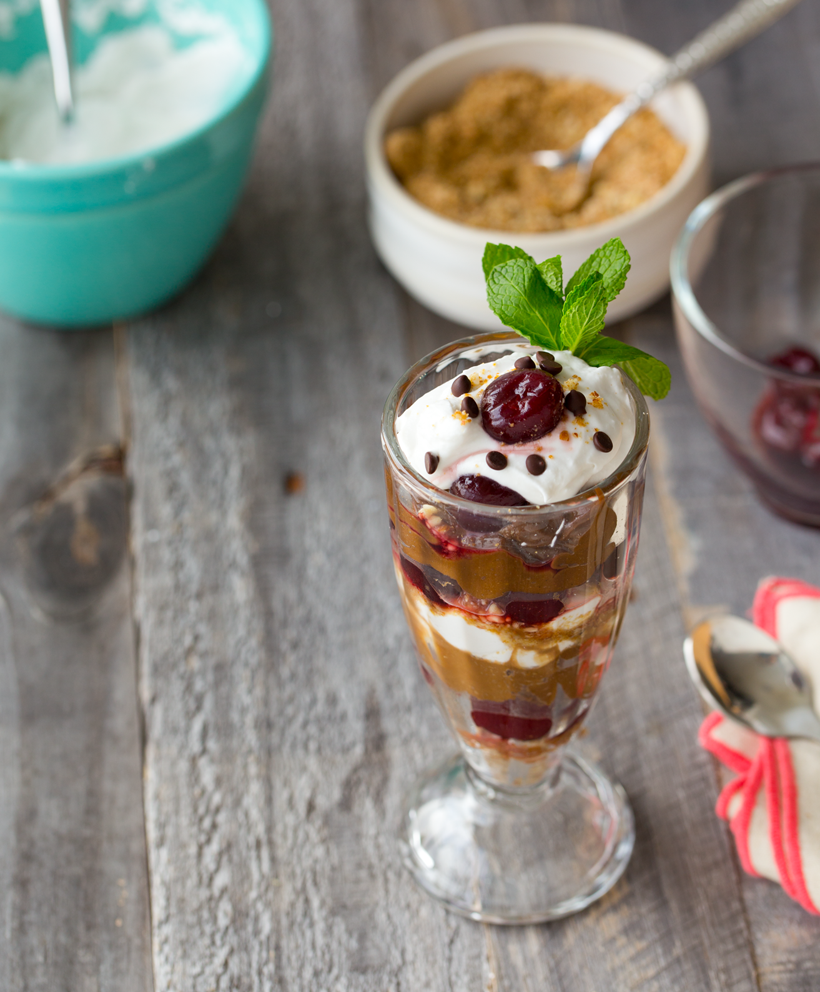 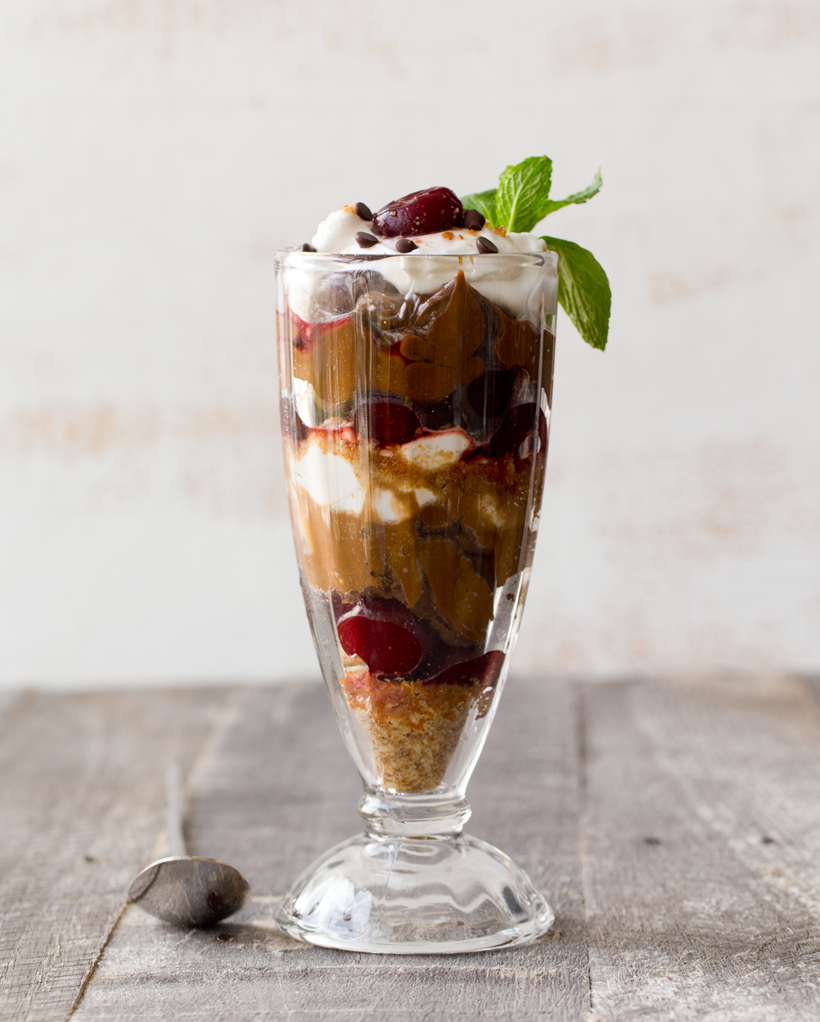 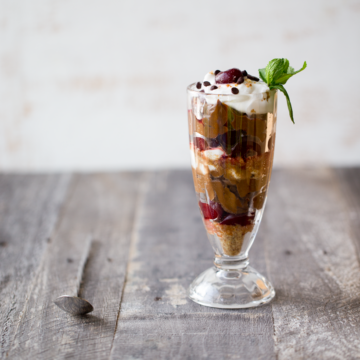