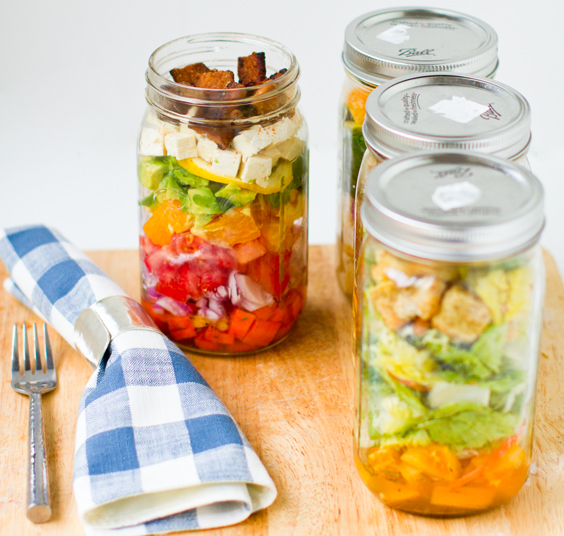 Salad in a jar. Cobb. Caesar. I’m loving it. In my last post which introduced you to the idea – (thanks again to The Daily Muse for inspiring me!) – I described how I was a tad skeptical as to how these salads would hold up throughout the week – in terms of freshness, color and flavor. This past week I documented the salad-in-a-jar results. So ahead I’ll show you how each salad delivered once I served it and a few things I discovered.

More Salads in a Jar! My imagination is running wild with ideas, but here are two of them.. Get my salad-in-a-jar recipes and results ahead!!..

Vegan Cobb Salad – kind of like the one I did here – but this time in a jar. My vegan Cobb in a jar is speckled with diced citrus, tempeh bacon bits, diced carrots, diced tomato and even some diced avocado tossed in lemon juice to preserve that bright green color.

Vegan Caesar. And then I also did a vegan-crouton infused, lemon-doused, vegan Parmesan-sprinkled Caesar Salad. My husband’s fave. 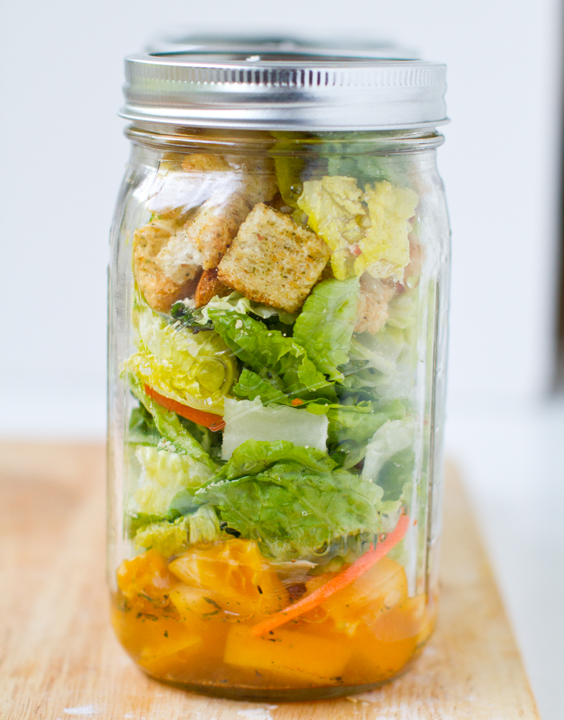 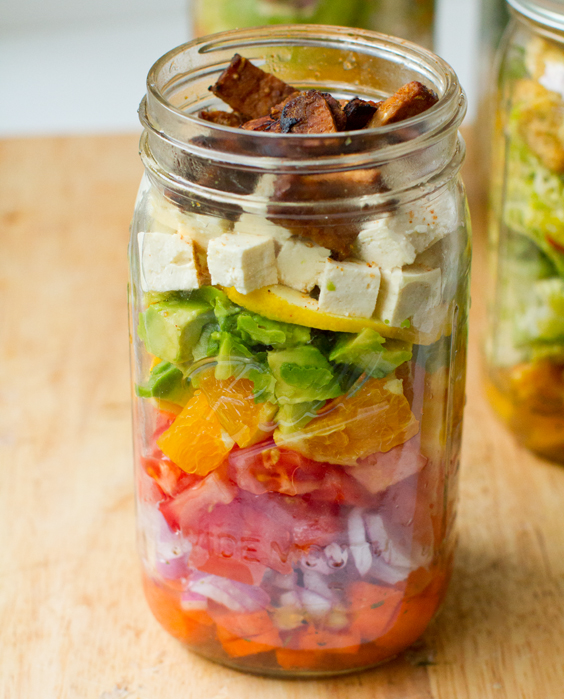 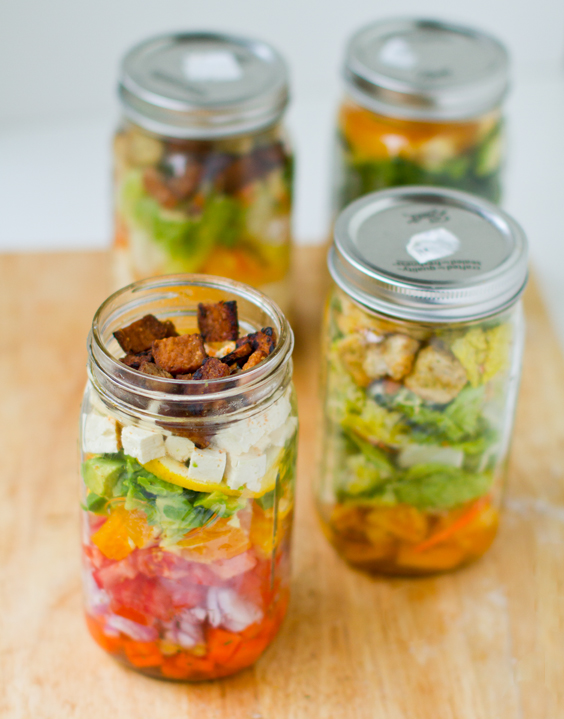 The Salad-in-a-Jar Taste Test Results. Four days later and my salad still rocked. I think the photos say a lot so check those out first (‘results’ recipes shown in this post).. 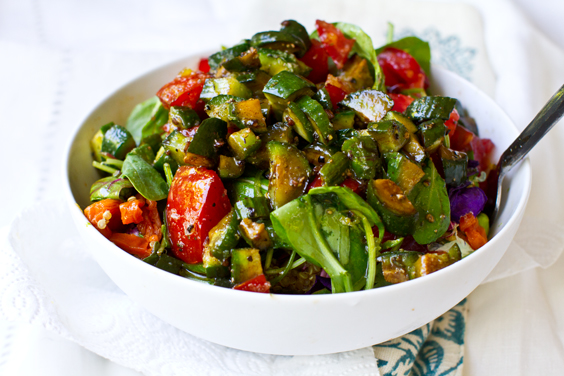 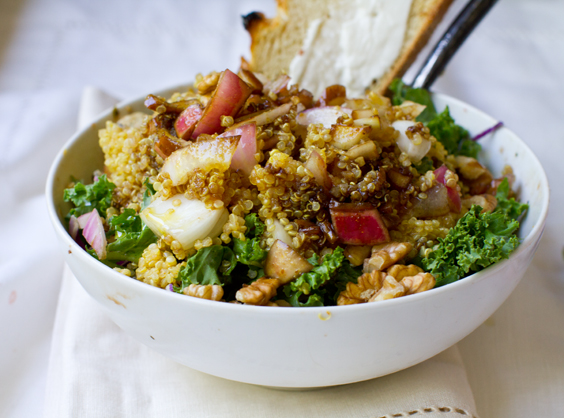 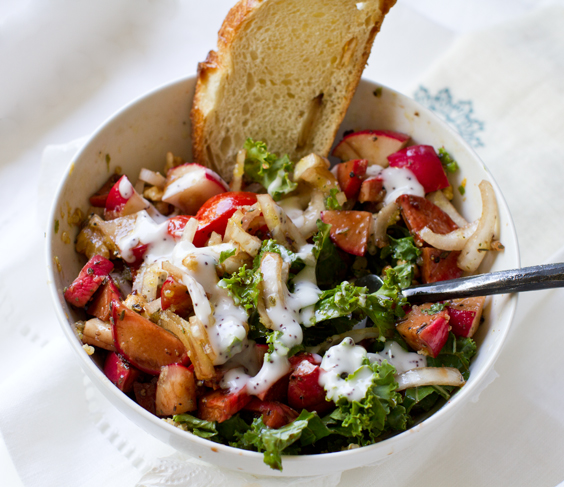 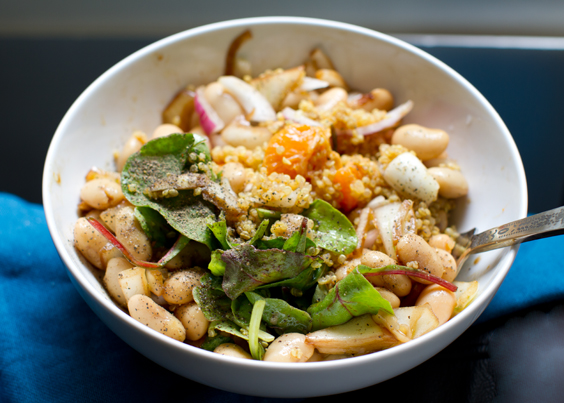 Now let me chat freshness and flavor. Flavor: Amazing! The veggies that were marinating in the bottom layer dressing totally intensified in flavor and pickled a bit. I had mostly onions, radishes, cucumbers, butter beans and tomatoes on that bottom “wet” layer and they all worked out perfectly. I think other good “wet” layer ingredients would be tofu cubes, citrus, cabbage and anything that does well sitting in an acidic liquid. Things like croutons, soft lettuces and greens, some nuts, tempeh or anything that doesn’t do well “soggy” would not be a good “wet” layer ingredient.

As for the middle and top ingredients – again – flavor stayed lovely and fresh. The greens did dry out a bit but that was quickly remedied when I shook the jar and dispersed the dressing (oil/vinegar/spices.) And the last thing I found is that I really preferred to pour the “shaken” salad out into a bowl. You could easily eat it out of the jar (with a long fork!) but since I was at home and had access to a bowl I liked to pour. Obviously if these salads are for a picnic, at work or school you could eat straight from the jar and look pretty cute doing it.

So yes, they were successful!.. 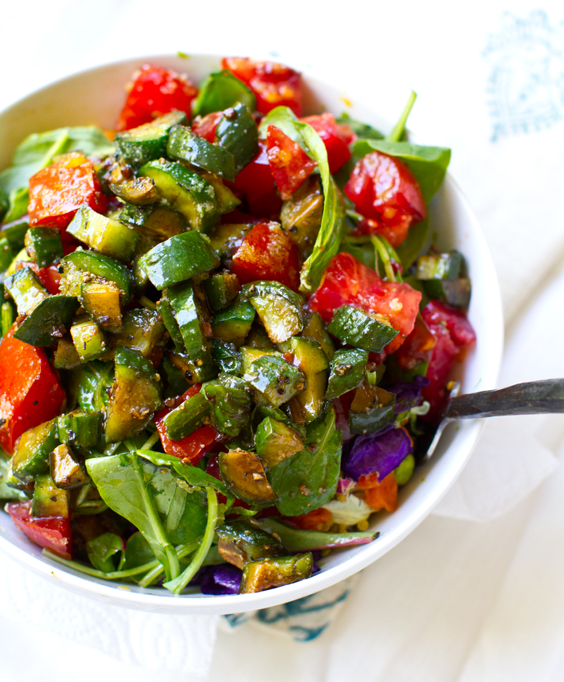 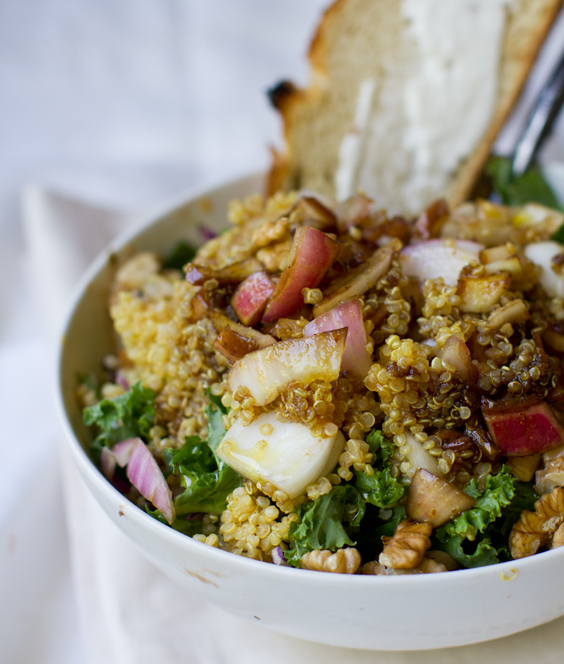 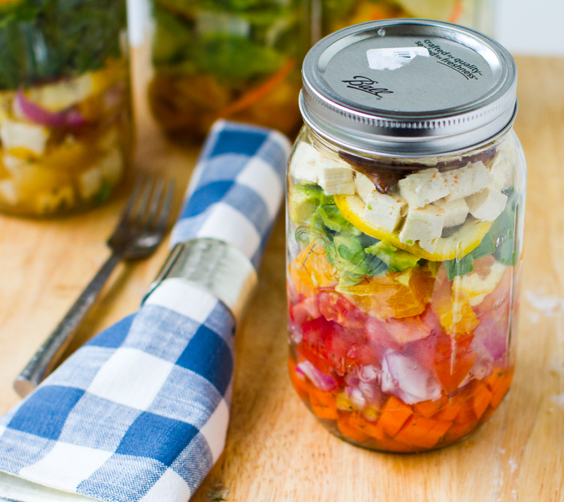 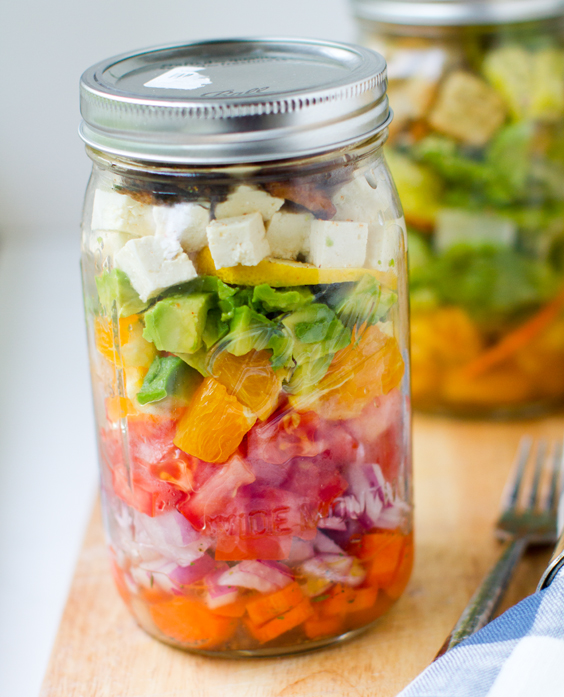 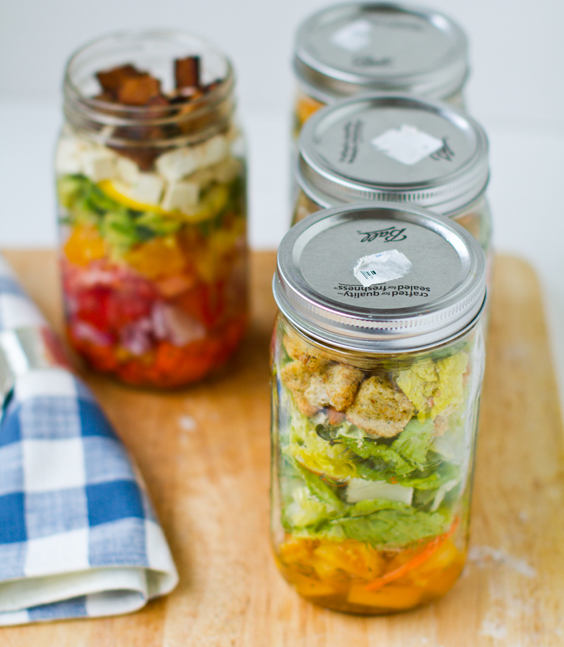 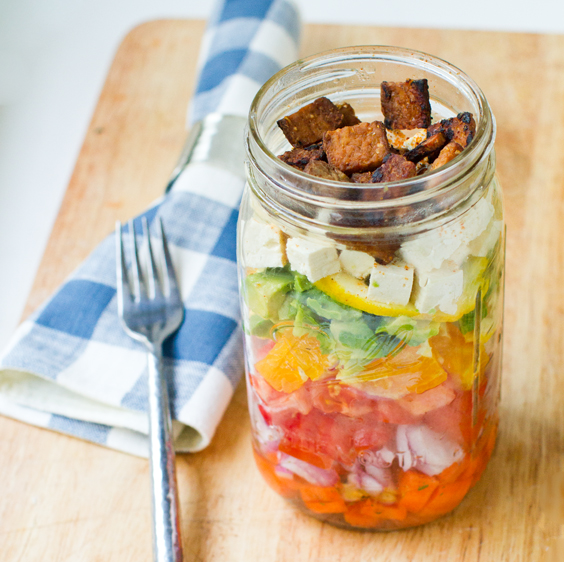 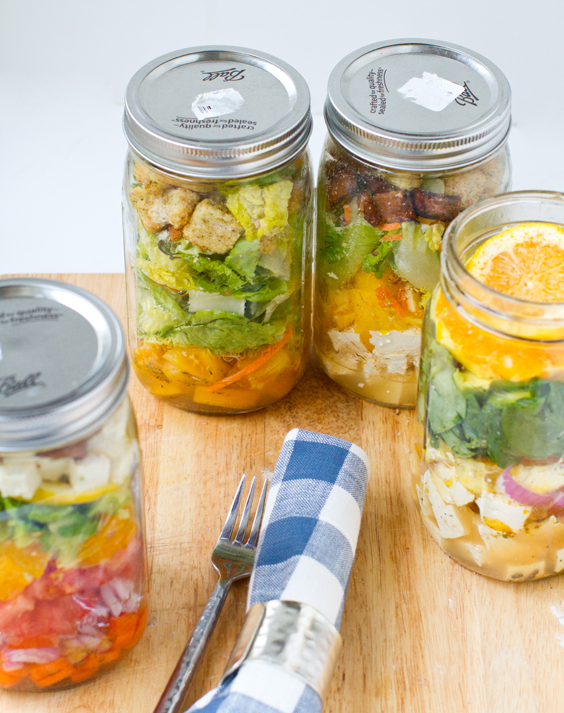 How are YOUR salads-in-a-jar coming along??