Home » This and That » Embracing Pumpkin! Nine Recipes ..& some soft serve 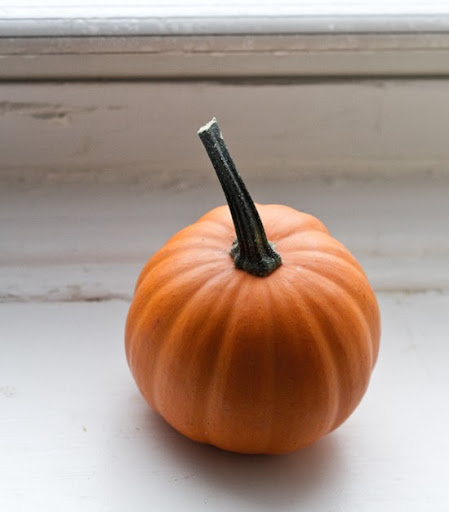 Yes, this is a shameless, indulgent, 100% pumpkin-recipe-lovers post. Because right now, I just can’t get enough.

Enjoying it while it lasts! It’s the same every year. Past Thanksgiving and midway through December I grow blasé and exhausted by “pumpkin” anything. But for right now I’m swimming in pumpkin puree and enjoying every golden orange minute of it. Come in for a dip, won’t you!…

I confess! I’ve cowered in delight to those plump, shiny little orange pumpkins – with their happy little faces just ready to be coddled and ready to inspire.

NYC Pumpkin Town. Mini pumpkins at the Farmer’s Market: $1 a piece or 6 for $5! Ghost white mini pumpkins inspire curious glances. Pumpkin patches! I want to go! But I end up settling for ogling the sidewalk pumpkins. A family of pumpkins sit perky and happy on a West Village stoop. And those Fairytale pumpkins on display at Trader Joe’s. Ah, Cinderella’s fantasy. But where does one put a 20 lb pumpkin anyways? So instead of hulling pumpkins up my stairs I’ll settle for lots of pumpkin recipes… 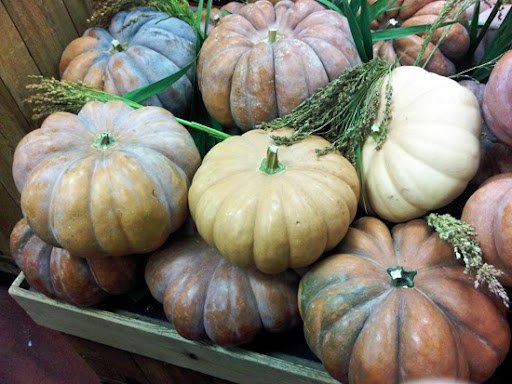 It’s a warmish fall right now. Pumpkin Ice Cream! Yesterday I stepped out in a puffy fall sweater, thick socks, scarf and boots. Twenty minutes into my Saturday I was sweating, removed my scarf and sweater and flipped on my sunglasses. My pals and I decided to nix any thoughts of chatting over hot cocoa and decided on a trip to one of my favorite spots in the city: Lula’s Sweet Apothecary. I had been craving a Pumpkin Spice Soft Serve ice cream cone all week long. Lula’s had been teasing me with their daily flavor tweets on Twitter and Facebook. Cake batter? Carrot Cake? Pumpkin Spice??? “I’m so there..”

The road to Lula’s in the East Village is paved with fun little garden’s like this one..my kinda place.. 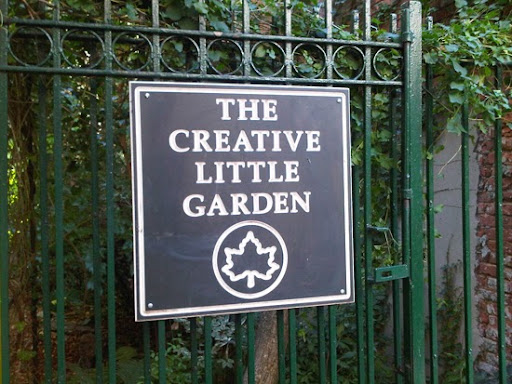 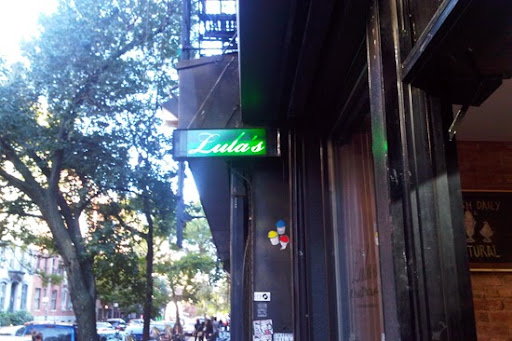 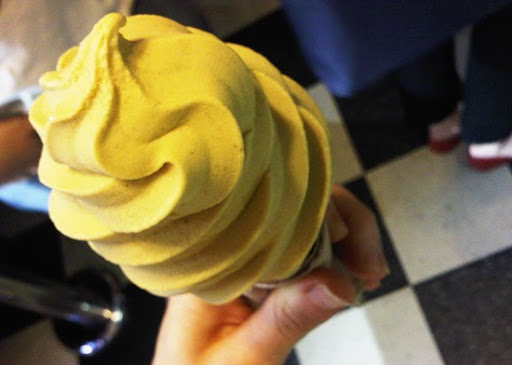 ..dreamy. My soft serve a la pumpkin was better than I dreamed it would be. Lula’s does a cashew-based soft serve – so it actually tasted a lot like my famous 5 Ingredient Pumpkin Pie.

Enjoying pumpkin spice ice cream in the early days of fall is a treat. I’ll take these warm days while they still last.

Onto the recipes -> Here are my top Nine Pumpkin Themed Vegan Recipes that will leave you feeling fall-ish and cozy. 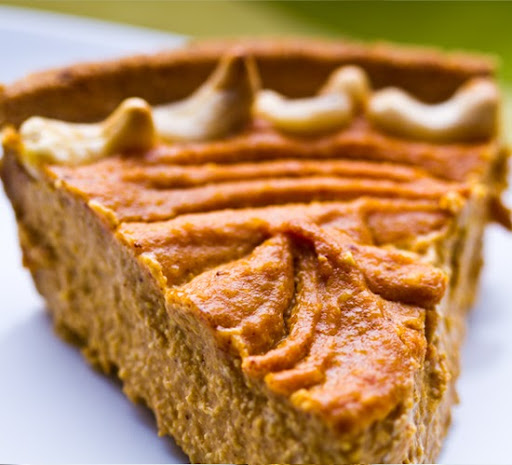 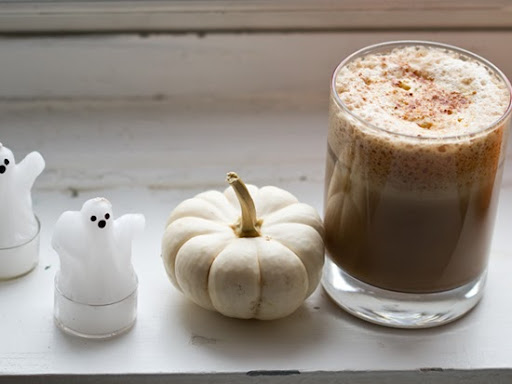 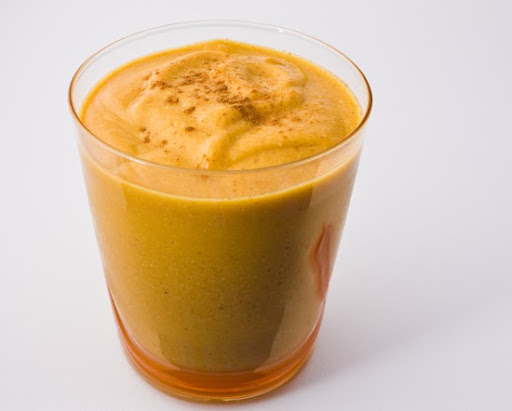 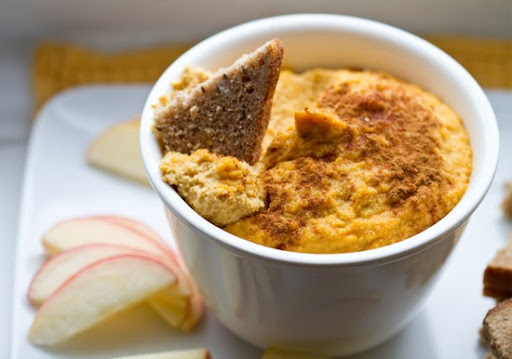 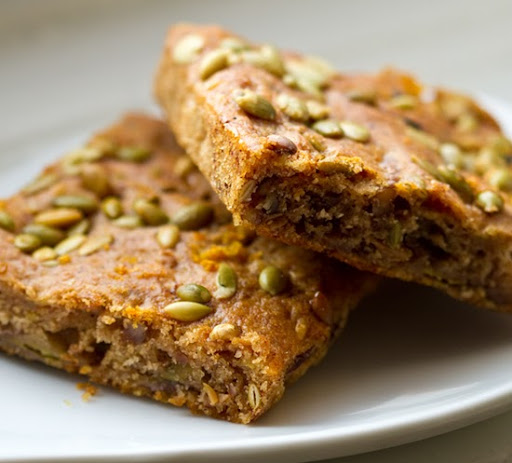 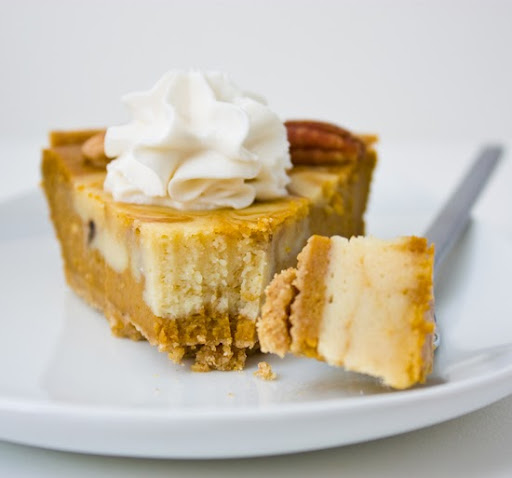 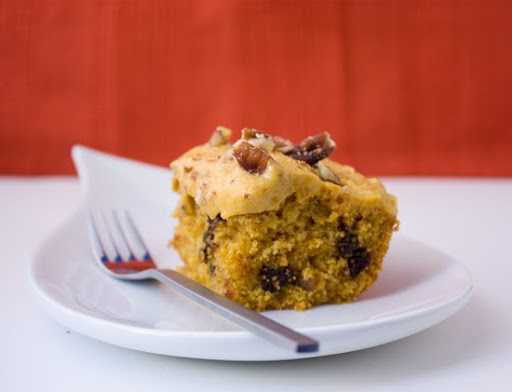 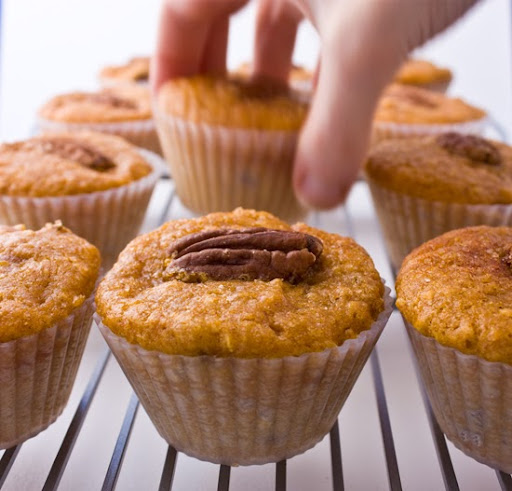 9. Pumpkin Chocolate Chip Muffins w/ Cashew Cream Agar Frosting
*The recipe for these muffins is the same as the above Pumpkin Spice muffins – only you will remove the apples and pecans and replace with chocolate chips. I also added in a bit more flour to adjust the batter texture. And used a mini-muffin tray.
The Cashew Cream Frosting recipe can be found in this post. 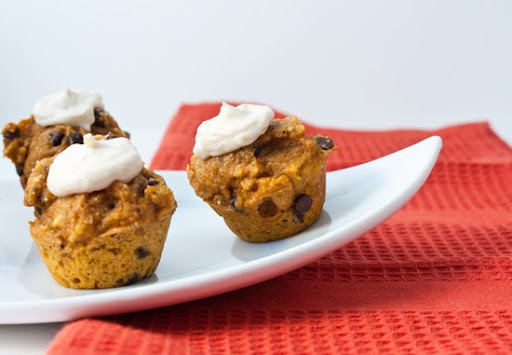 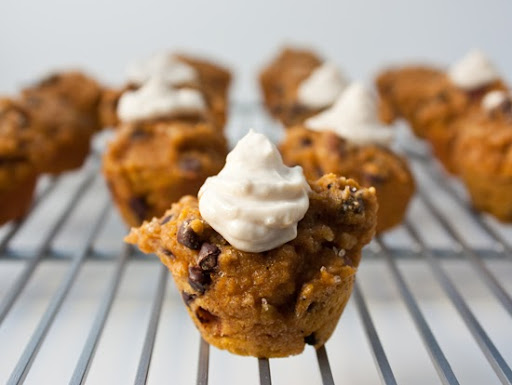