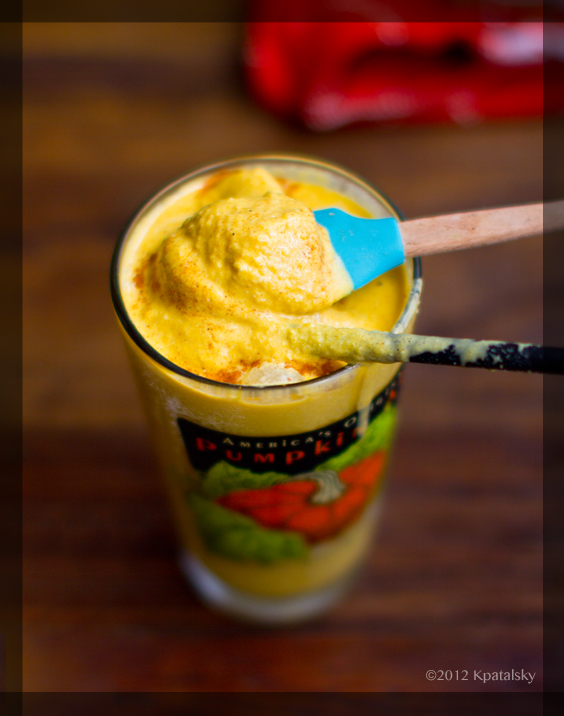 I’m quite certain that there is a cozy place where summer meets fall. Maybe in a small cafe, under a dusty golden tree with sparkly amber and chestnut-colored leaves, a babbling brook circling the back porch, gushing under a stone bridge, pink and gold fireflies skimming the cold blue water. Inside the cafe are dozens of tiny wooden tables all serving up this treat. Ready-to-sip glasses of my vegan Frosty Pumpkin Shake. Lets all go there and grab a sip, yes?

Shake Up Pumpkin. Thick and frosty with hints of cinnamon and coconut – this pumpkin shake is the perfect way to embrace your craving for pumpkin amidst the heat of late summer. Plus get my cube technique for making the thickest pumpkin shake ever – without adding in any vegan ice cream.. 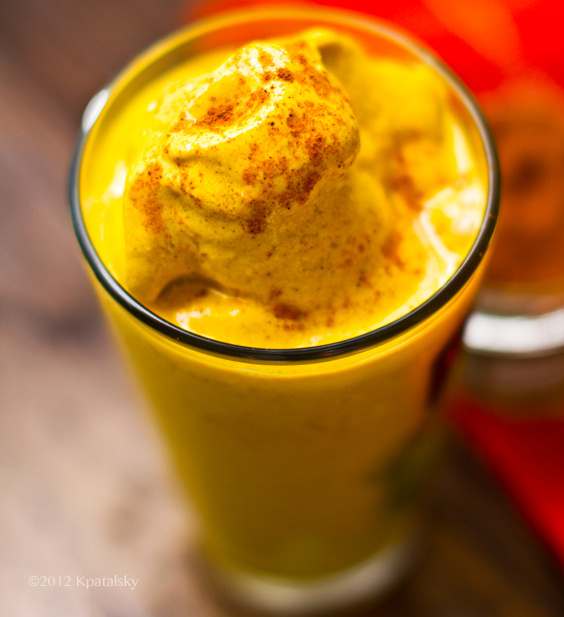 I had no intention of posting pumpkin recipes when it is still (quite obviously) summer. Still hot. Eighty-six degrees outside today. Shorts and flip flops weather. No fluffy hats or scarves in sight. But shoot, pumpkin is my kryptonite.

This weekend I wandered into Williams and Sonoma. World Market. Whole Foods. Peets Coffee. All of which are completely and totally (sillily) convinced that fall is here. Pumpkin Spice Lattes. Halloween treats. Harvest decorations. And pumpkin. Stack and stacks of canned pumpkin just waiting to fill my pantry. Crap. I’m oh so very weak.

And into my cart went the pumpkin. There was no turning back.

But luckily I really only had one pumpkin craving this weekend. A pumpkin shake. Thick and frosty with accents of coconut and cinnamon. Fast, easy, amazing. 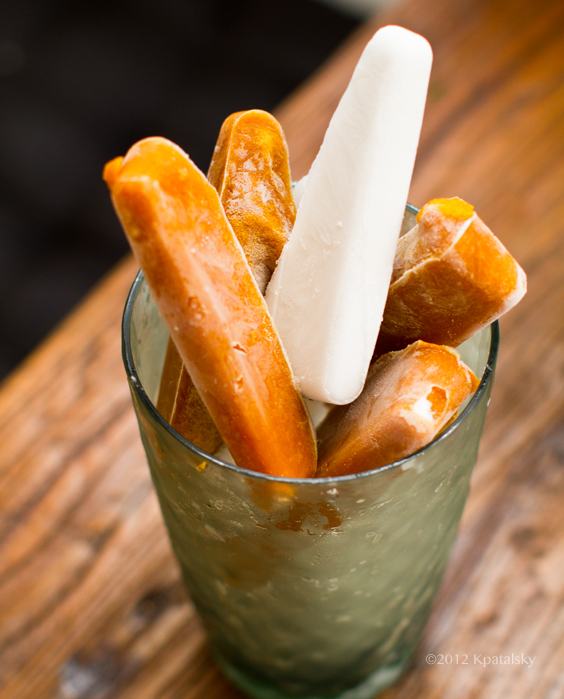 Ice Cube Technique. I was testing out a new pumpkin shake technique for this recipe and I am happy to say that it totally worked. Super thick and frosty results without adding vegan ice cream.

I froze both the coconut milk and the pumpkin puree into ice cube trays – for blending into my shake. Then all you really do is add splashes of liquid until the shake blends. Sweeten and spice – and lightly salt. 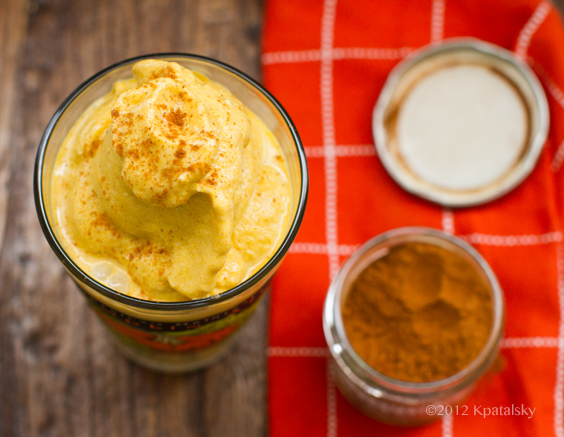 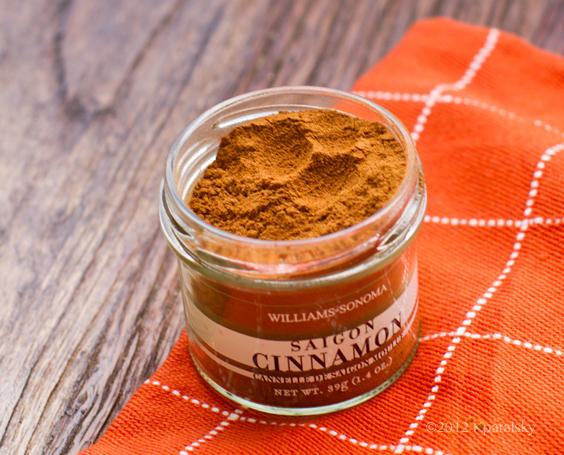 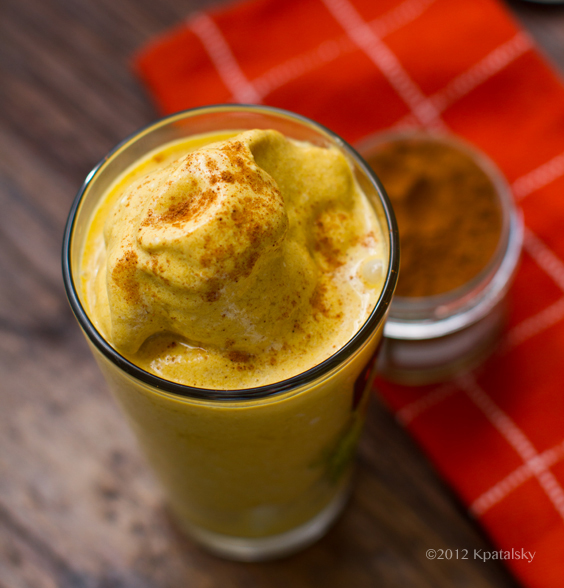 (TWO versions – because I know some of you like a lower-fat shake! Try Banana Pumpkin too!) 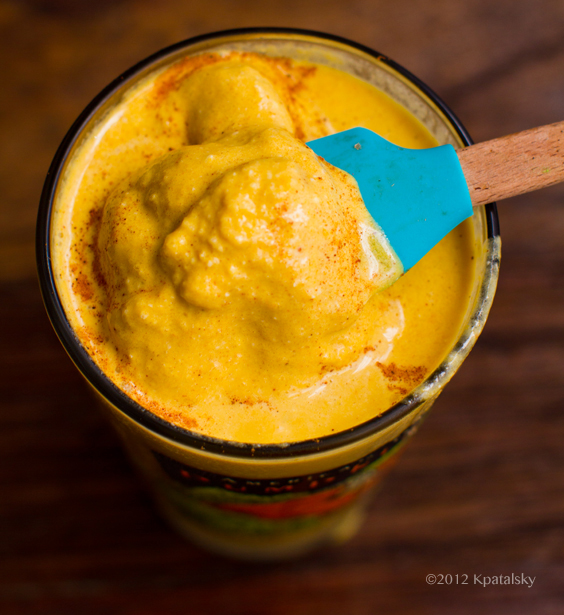 Or try my lower-fat option!: Pumpkin Banana. All you do for this version is replace the coconut milk ice cubes with frozen bananas. And add an extra pumpkin puree cube or two for more pumpkin flavor. The banana flavor is pleasantly mild allowing the pumpkin, cinnamon and hint of maple flavors to shine through.

1. Freeze your pumpkin puree and coconut milk ahead of time. (I know, I know, “booo” lack of instant gratification. But trust me, the prep is well worth it!)

2. Pluck your cubes and add a 1:1 ratio – or add more pumpkin for a more pumpkin-y blend – or more coconut cubes for a creamier coconut-y blend (this recipe is easy to customize.)

3. Add a splash of non-dairy milk or creamer. I used plain creamer for a super decadent blend. Add a few spoonfuls of sweetener and your cinnamon and salt.

4. Blend on low until the cubes blend out and the mixture becomes too thick to blend. Then add in more splashes of the non-dairy liquid. Keep adding until the blend swirls in a thick yet creamy texture.

5. Do a taste test and add more sweetener, spice or salt as desired. 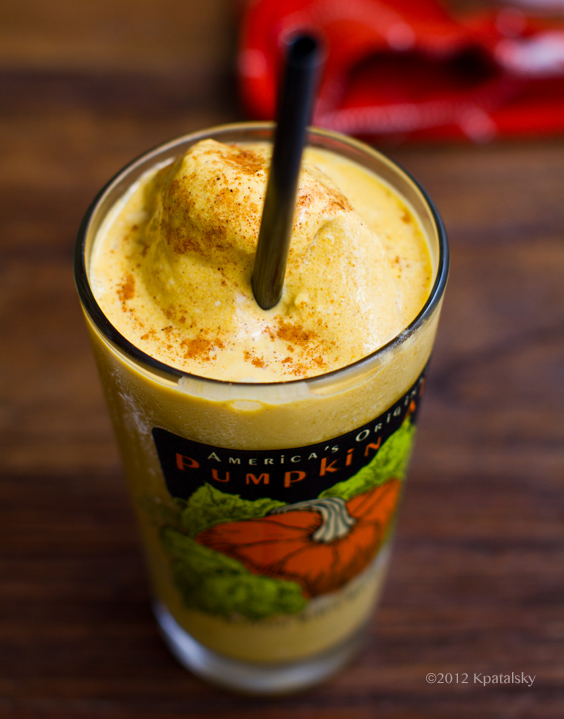