Home » This and That » Green Edamame Soy Milk Experiment! It Can be Done. 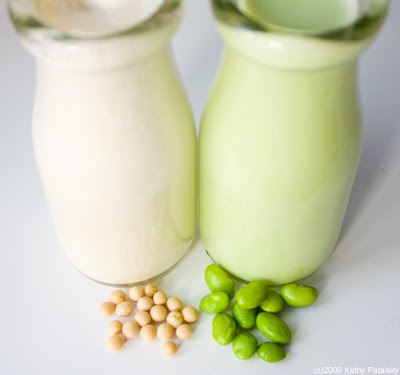 A few weeks ago, I delved into the intriguing question: “If my soy beans are green, why is my soy milk white?” I described how soy milk is commonly made with mature beige-colored soy beans, thereby producing a white colored soy milk. Yet young green soy beans are commonly used as edamame and not made into milk. But I had to ask, is it possible to make soy milk out of green edamame soy beans? My curiosity got the best of me and I set out on an adventure to a) make ‘white’ soy milk from scratch for the very first time and b) attempt to make ‘green’ soy milk from edamame beans. Check out my soy milk experiment…

First, here are the general ingredients I used:

1 cup soaked overnight, soy beans (dried)
*I simply heated the edamame, no soaking needed
2 cups purified water (you may need less, depending on your beans)
½ teaspoon sea salt
1-2 tablespoon maple syrup
optional: ¼ teaspoon vanilla extract
*I’d suggest doubling or tripling this recipe for you batch of milk
*I’ve heard that adding a bit of fresh ginger can help the recipe too

Photo Recipe! For this experiment the photos are essential to understanding the ‘homemade soy milk’ process. It’s not as easy as it sounds! (PS, my taste test review at bottom of page)

The first step in making your own soy milk is to transform those tiny hard bean balls into soft hydrated beans: 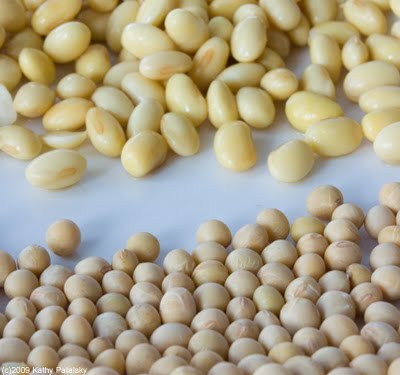 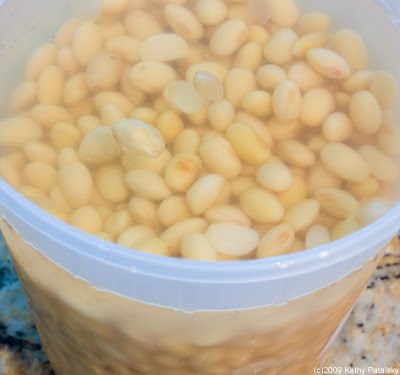 First I blend the soaked soy beans with water: 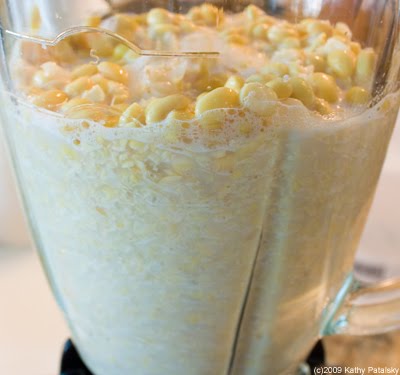 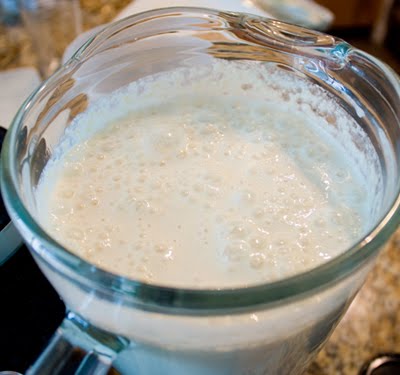 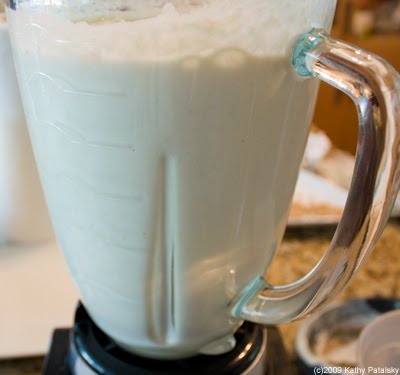 Warm the soy milk mixture and spoon off foamy fiber/bubbles that form at the top: 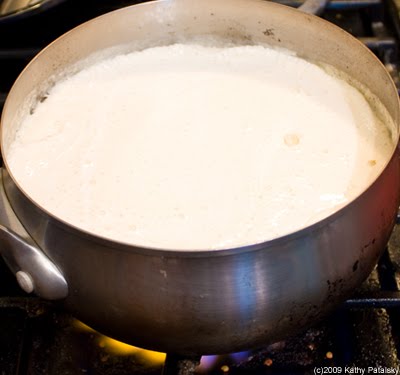 Straining beans through a cheesecloth is a lot harder than it sounds: 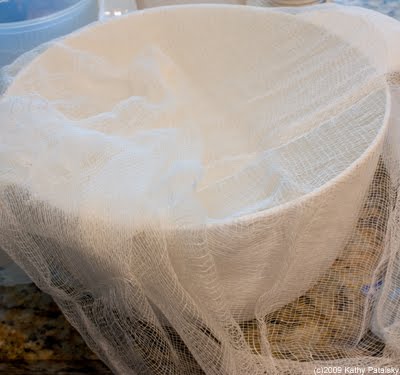 Squeezing soybean mixture through a cheesecloth, however the cheesecloth didn’t do a very good job, so I used a wire micro-strainer to finish the job: 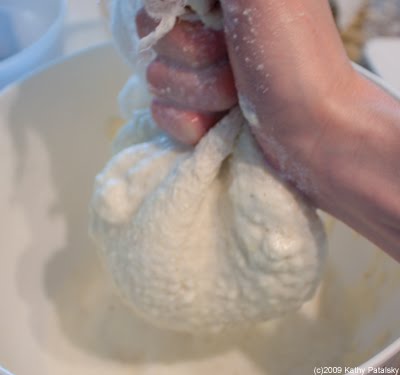 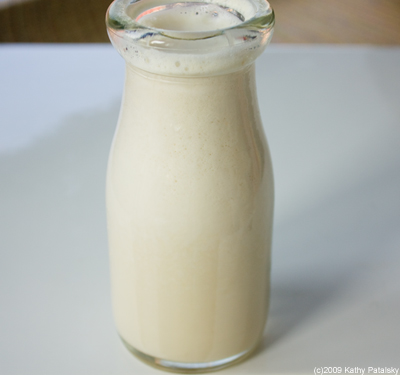 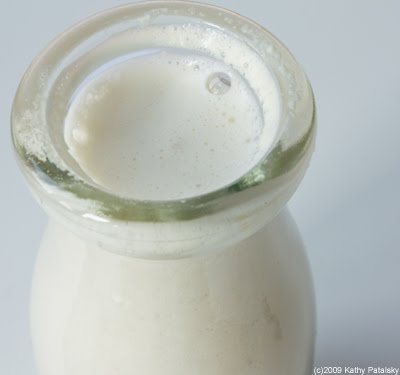 Next I repeated the process with the green, cooked edamame beans:
Green soy milk in blender: 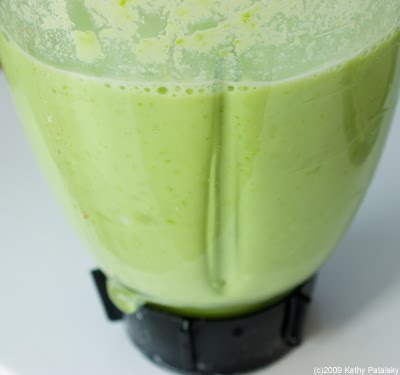 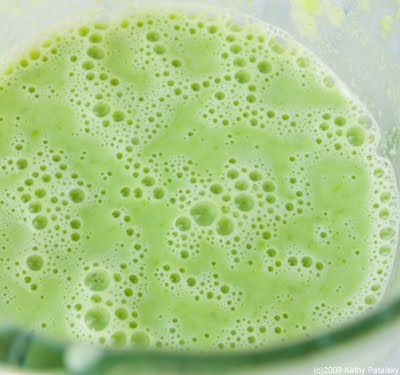 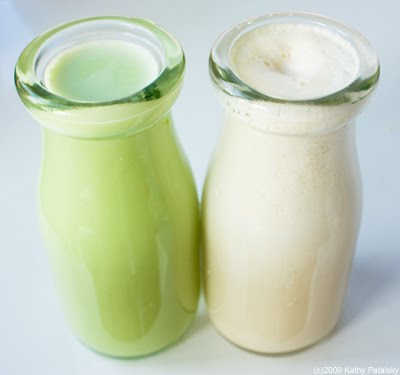 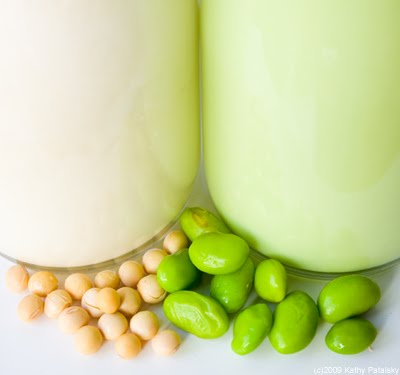 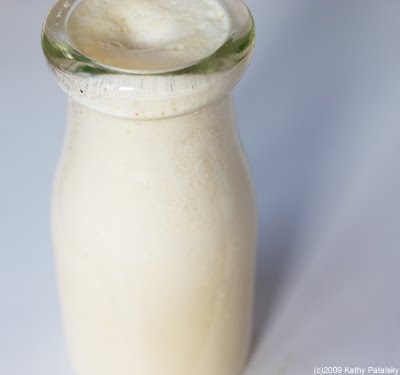 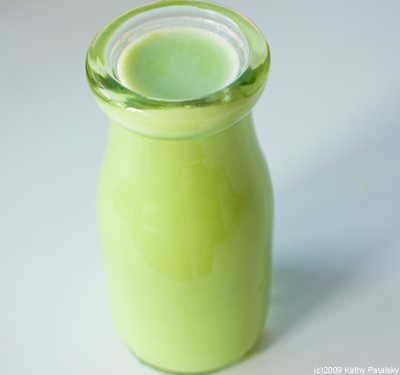 Taste Test Review:
White Soy Milk: YUM! Very pure tasting, milk, creamy, super fresh. Love it! If this wasn’t so hard I’d do it more often. Maybe I should buy a soymilk machine…hmm.
Green Soy Milk: Interesting. Sweet. Almost too sweet. It tastes like liquid edamame. Not as good as I had hoped, but I’m still glad I tried it. Maybe ice-blended into an edamame smoothie it would taste divine actually…. 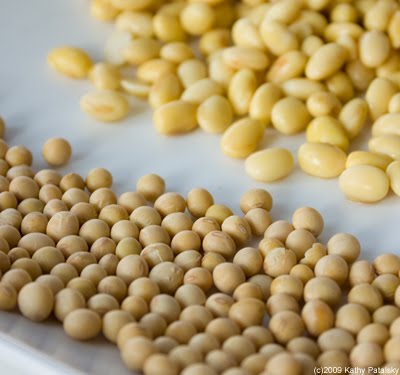