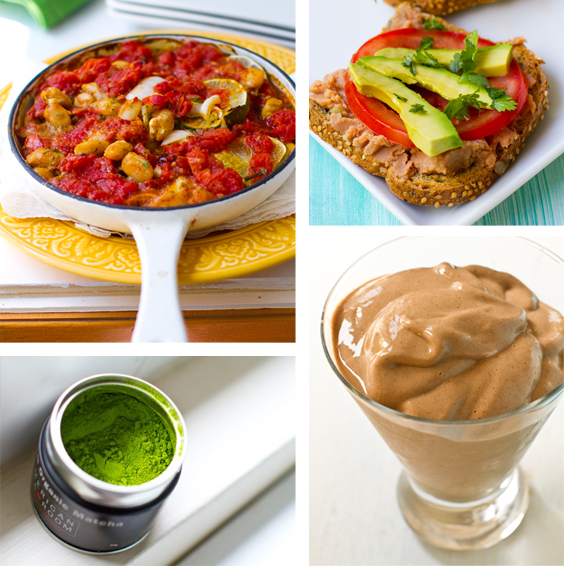 I know, I know. It is Friday. But I am posting next week’s Meatless Monday Recipe Round-Up a tad early this week to convey my support for the movement – which this week has been ridiculously thrashed and bashed by the food bullies known as the USDA. And this week my MM round-up is super-sized.. 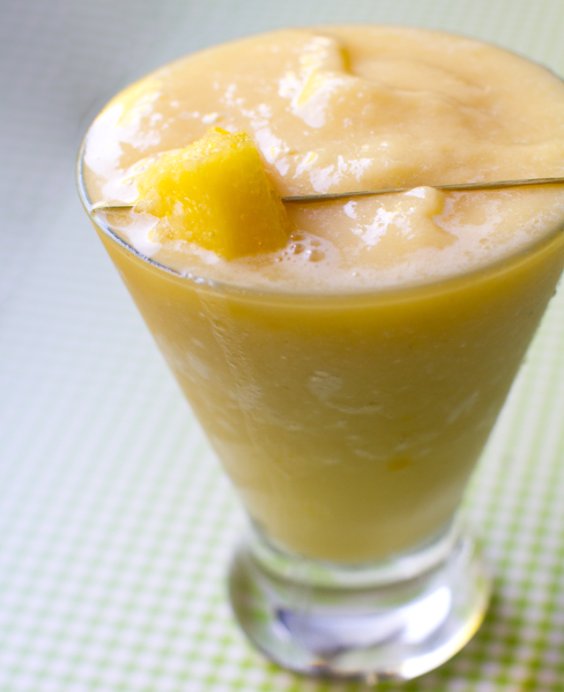 ..this week’s news headlines were not all about the the Olympics, the Jacksons or even the vampire-ish scandal between KStew and RPatz. There was a bit of Meatless Monday dramaz in there too. Robsten can heal, but I’m not so sure about the lobbyist tainted USDA…

I learned of the news when I read a tweet from Kathy Freston saying: “This is what we are up against as we move towards @meatless..” –KF 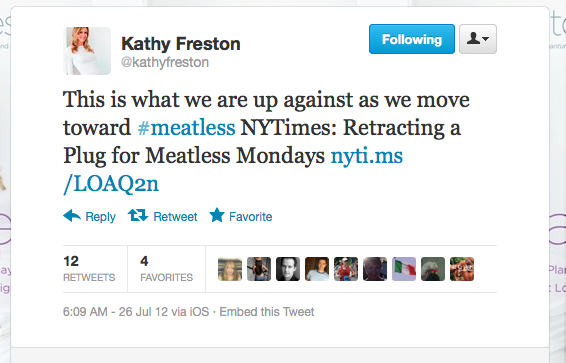 My headline would read: “Beef Bullies.”

I read the NY Times article (linked above) in complete disgust. This quote stood out..

“Among those who objected to the Agriculture Department’s apparent plug for vegetables was Representative Steve King, Republican of Iowa, who tweeted: “USDA HQ meatless Mondays!! At the Dept. of Agriculture? Heresy! I’m not grazing there. I will have the double rib-eye Mondays instead.” “ -NY Times

But I’m over the negativity – and here to bring some positive vibes in the form of yummy, delicious vegan recipes to the MM movement.

Why do I back MM? Well even though I and many of you eat meatless + vegan every single day – I know there are also many of you that are still dabbling and experimenting with meatless and vegan meals. So while part of me doesn’t really want the USDA telling me what I should or should not eat at all – the bigger part of me thinks that this retraction of support for such an honorable movement is absolutely, positively absurd.

But like I said – lets get positive. Spread these MM links and show your support. The recipes below are all meatless + vegan.

Featured Meatless Monday Recipe of the Week: My Mexi-Chopp Salad.

Meatless Monday Recipe Round-Up
1. My vegan recipe links from Babble.com’s Family Kitchen
2. Highlights from blogger-submitted posts over at FindingVegan.com
3. Other Links to Love

*Want to have your vegan recipe link considered for these highlights? Submit it to FindingVegan.com today!*

And check out the all new FV blog for site updates!

Other links I love this week..