Home » This and That » Open Letter to Food Network.

Sometimes I like to discuss. Today’s topic: vegan cooking shows. And why, for goodness sakes, there aren’t any out there. Read my Open Letter to Food Network.. 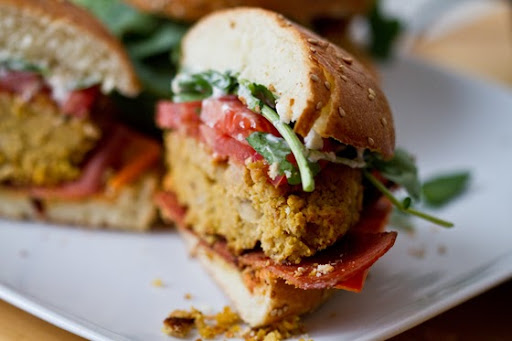 I think FN is ready to serve-up veg cuisine. Here’s why…

I watch Food Network. A lot. Proudly. And yes, I’m vegan. So why do I watch? Probably the same reason most people watch – cooking is our passion! Plus the shows are fabulously produced and the FN Chefs are always entertaining.

It started when I was reading Facebook and saw a note about Food Network’s new show Meat and Potatoes. The vegan author was annoyed and frustrated by the slogan “Vegetarians Just Don’t Understand.”

I agree the slogan is obnoxious. As is the “rated “M” for Meat” quip. But I also think Food Network can add any voice they’d like to their line-up. Meat Show? Go for it. But to be fair, also have a “Veg Show” – otherwise, is there a case of Veg-Inequality going on here?..

I’m writing to you (via my blog) to argue the case for Untitled: Veg Show. But don’t think of me as a vegan blogger – to you, I’m not a vegan. I’m a viewer.

I love Food Network. I adore it. Chopped, Iron Chef, Ten Dollar Dinners, Giada, Cooking for Real, anything by Bobby, NFNS and more. I’d love to add a veg-themed cooking show to my list of FN faves! My 6 reasons for a veg show..

1) Keep up with Trends.
Veg, vegan, vegetarian, green, plant-based buzzwords are all over the place. Many of my readers tell me they are not vegan, but looking to experiment with veg recipes. That’s great news for veganism/animals/earth – and also great news for Food Network.

This new veg-curious audience is a prime market to focus a show on. Seize this opportunity while it’s hot and growing! I am so confident that you guys could produce a snazzy Veg show – so why not keep up with the trends and do it!

2) Everyone Can Eat Veg!
With omnivore shows, you are leaving out a significant chunk of viewers – vegetarians. A veg show would be something everyone could watch! Everyone eats plant-based foods – and veg recipes don’t have to be all or nothing. Many of my blog readers have confessed to me that they are not vegan, but still love my recipes.

3) Veg Equality.
Now I don’t want to go all “I Have a Dream” on you.. But I strongly feel FN is not playing fair. You are called Food Network. Not Meat Network. Not Mainstream America Network. “Food” Network. Yet you lean far to the side of meat-eaters in your show line-up. Where’s the variety? Everyone loves a buffet, right?

After seeing the promos for your show “Meat & Potatoes” (as you say, “Rated “M” for meat, vegetarians beware.”) I rolled my eyes and flipped the channel. But in reality I have no problem with this show! Go for it. Meat-eaters embrace your meat-loving. But in a veg-equal world, FN would also have a show called: “Tempeh Cubes & Sweet Potatoes” with the warning line: “Rated “V” for veggies, veggie-phobes beware!”

4) Don’t Go Healthy on Us.
I get it. Food Network doesn’t thrive on diet food. It thrives on burgers, cupcakes, cheesy lasagna and banana cream pie. For most food magazines, shows and blogs (including mine) the decadent high-fat eat-in-moderation stuff is usually the most highly trafficked, “liked” and tweeted. So go ahead, embrace the vegan junk food out there. It’s fun. And FN is all about fun food.

And I’d like to remind you that vegan and vegetarian food doesn’t have to be “low cal” rice crackers and seaweed stuff. Vegans eat well. They are often interested in cooking and learning new recipes (because they know cooking skills will help them thrive as a vegan) And they are passionate about food! Sounds like the perfect Food Network viewer to me! So don’t think vegans are all about salads. Example: Vegan Cupcakes.

5) Cupcake Wars.
You have seen the brilliance of vegan chefs in action on Cupcake Wars. Sticky Fingers Bakery, Cest La Vegan and Chloe Coscarelli have all done smashingly on this show.

6) Controversy Equals Cash.
One of my fave slogans. It’s true! There is a very clear playful divide between meat-lovers and meat-haters in our society right now. Why not turn that tension into a light-hearted new show about veg vs. meat. Traditional recipes vs. the veganized version. NamelyMarly did an amazing series for veganizing America’s Top Sandwiches. I mean, check this out. Yum, indeed. Veganized show: I’d watch. Everyone likes to cheer for their team. Team Veg.

In conclusion, I want to mention the Cooking Channel. In many ways I feel like you have diverted many of your alternative ‘not so safe’ shows to Cooking Channel. Like when you did The Veg Edge. Loved that show btw. But why push all the trending and adventurous content off your main channel? Look at how well What Would Brian Boitano Make turned out to be. Totally edgy show that I love. PS, Brian needs a third season.

Veg is an upward sloping trend. Embrace it. Make it fun. You guys rock at that.

So those were my ramblings for today. Thanks very much for reading. Cheerful responses and comments welcomed!