Home » This and That » Presidential Burger Runs: A Look Back and Forward. 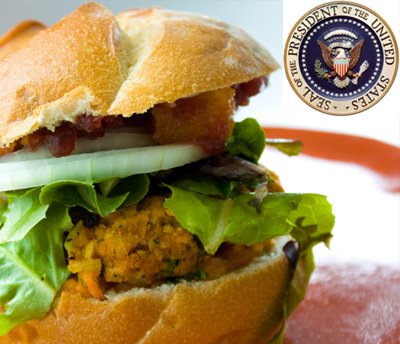 Today it was headline news on the web that Prsident Obama and VP Biden stopped at Ray’s Hell Burger in Arlington Virginia for a Burger run, $7 burgers, they paid cash. But this wasn’t the first time a US President has stopped for lunch at a hole in the wall hamburger joint for a bite to eat. So I have to wonder: where did this presidential tradition get started and why is it always a hamburger. Will Obama make headlines for the first ever Presidential Veggie Burger Run??? Let’s take a look back at the history and future of Presidential burger eats… 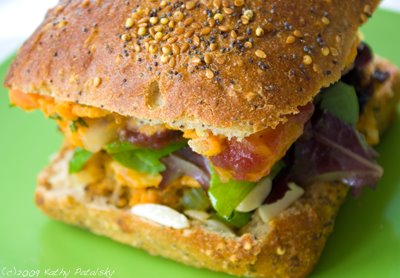 A Look Back: Presidential Burger Runs

In December 1991, President Bush stopped in at Cafe 121 in Dallas Texas, to munch on burgers with several construction workers. Article Link.

Obama’s first meal on Air Force One? A burger. Duh. With veggies and fries on the side. Article Link. Do they have a veggie burger on the menu?

President Bush was also very fond of Otto’s BBQ joint in Houston, Texas. He often stopped in for a burger or barbecue plate. There is even a dish named after Bush. Article Link.

Even Al Gore was known to stop in at burger-serving luncheonette’s while on the campaign trail. And it was widely reported how in his sophmore year at Harvard, he spent his time, “shooting pool, watching television, eating hamburgers, and occasionally smoking marijuana.” Article link.

Mike Huckabee reportedly ate a hamburger cooked by his new mother-in-law in between photos, on the day of his wedding. Link.

Reagan’s hamburger history: “When president, Ronald Reagan would head to Camp David for meetings, summits and important measures of state. When asked what he wanted to eat, Reagan would abandon the formal and request would a burger.

With Reagan, burgers also became a political statement. When Reagan ran for his second term as governor Jerry Brown promoted an initiative limiting the amount of money lobbyists could give politicians. Brown suggested $10 a month which he stated would be enough for two hamburgers and a Coke. When Brown later went to meet the newly elected Governor Reagan, Ronald (no relation to the Ronald of McDonald’s fame) had a hamburger and a Coke ready for Brown.”

And of course we all know President Clinton’s love of burgers and french fries. Good thing he went on a health crusade after he started to tip the scales and was advised by doctors to get healthy and halt the junk food habits.

I also found an awesome web article with a long list of presidential burger quips. Read it here. 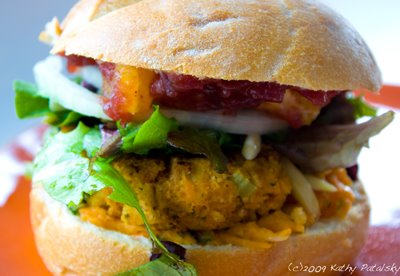