Home » This and That » Raw Cheese-y Quackers. Better than Cheese Crackers! 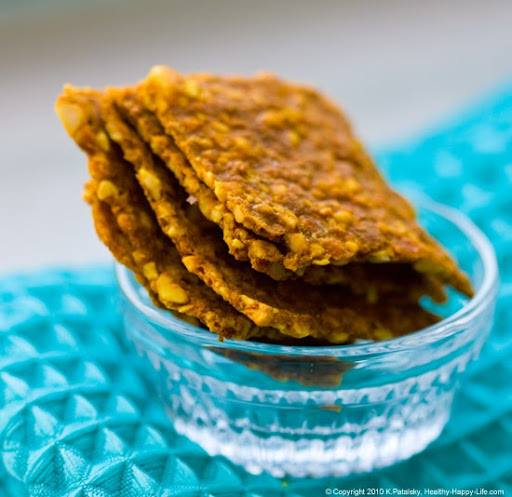 Except for the bright orange color, One Lucky Duck’s raw vegan Cheese-y Quackers look nothing like processed cheezy-itzy/goldfishy type crackers. But believe me, these raw/vegan fake-out crackers taste quite similar to the processed dairy-cheese version. Well, sort’ve. These Quackers are way better!

Plus, the OLD Quackers include a boisterous slew of nutritional ingredients like organic flax seeds, nutritional yeast, almonds and spices. Crunch, crunch, crunch your way to cheese-y vegan bliss. More of my cheese-y bliss and review… 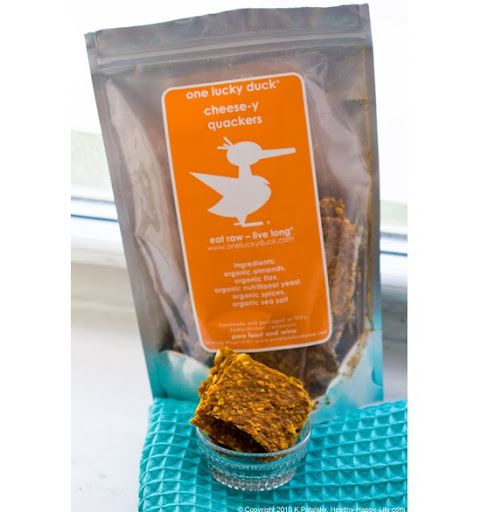 To Your Health. Sometimes I need to jump up and down and wave my hands in the air to get your attention. And the blogging equivalent of that is to write a passionate post that you will hopefully read, ogle and be inspired by. A healthy inspiration of sorts.

So here is my soapbox plea… Try these Quackers! They may change the way you feel about raw vegan snacks. And yes, I know they are much more expensive than say a box of Cheeze-it’s. But you get what you pay for my friends. Just a few crackers and you will satisfy your craving and gain some serious raw-powered energy. So really, the price is worth it...because your health is worth it. 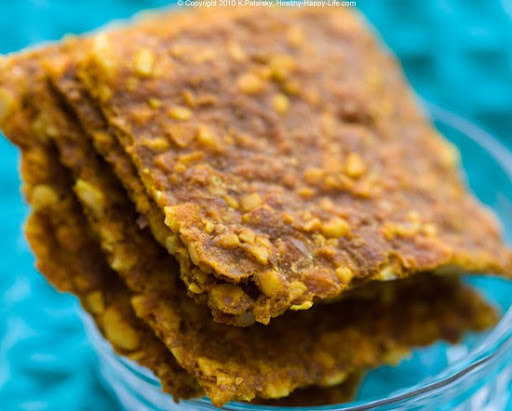 Cravings. I received a tweet a few weeks ago asking me about a good sub for cheese crackers. I told her to try these Quackers. (hehe, I love saying Quackers.) Craving satisfied via this raw/vegan snack!

My Road to Quackers. Wandering home from a visit with a friend at Ace Hotel (very cool NYC hotel by the way) I realized I was famished, hot and craving some eats. I was near Union Square, having just walked ten sweaty blocks, and decided to take a detour to my fave raw food spot in the world, One Lucky Duck, aka Pure Food and Wine’s to-go joint around the corner from the famous restaurant. There was a good solid line formed inside the tiny room, but I could wait…

I ordered a “Spanking” shake. Cinnamon, berries, cashew nut milk. It was gone by the time I reached the end of the block – in just a few long eager sips. I nearly inhaled the straw trying to get to the last few slurps…. 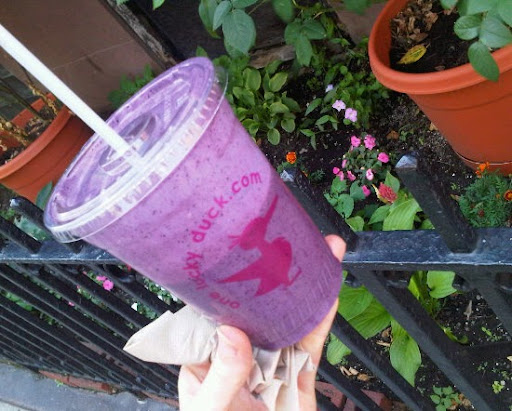 And obviously, I also bought a bag of the Cheese-y Quackers. I plopped down on a nearby bench and had a few crunchy crackers before finishing my walk home. I was totally revived. And to think, I just had a shake and cheesy crackers. Ah, I love the guilt-free lifestyle that a vegan diet offers.

Now back to these Quackers….here is my complete product review…

Where to Buy: Buy at One Lucky Duck in NYC. Or order online! They ship almost anywhere.

Last Word: If you think you dislike “raw food” or raw snacks – give these a try and you may change your outlook. 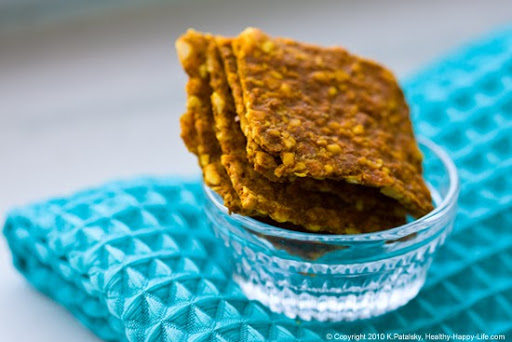 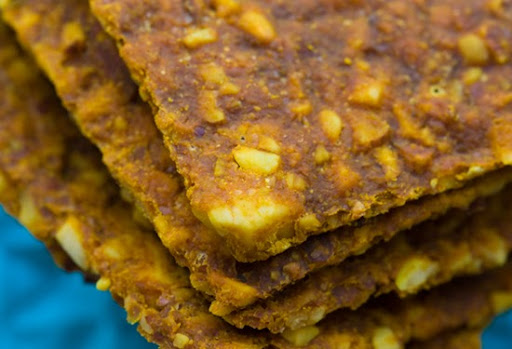 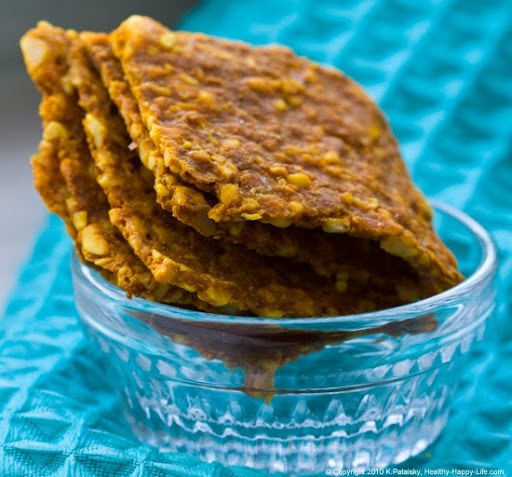