Home » This and That » Scientists Find: Red for Focus, Blue for Creativity. Color Therapy Proven Again. 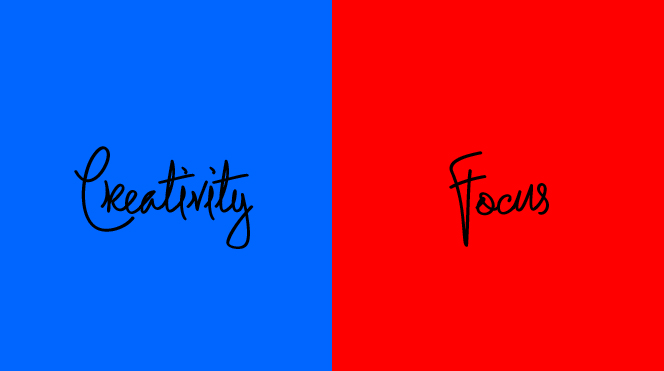 You may think that color therapy and theories about the power and influence of certain colors are on the same scientific level as say horoscopes and palm reading. But once again scientists have found that certain colors can have a great influence on our minds, moods and work productivity.

A recent color association study published in Science Express and reported in the article Color Yourself Cautious or Creative, by WebMD, used college students and blue versus red colored screen savers. The students were tested on both focus and creativity based tasks with both the colors blue and red.

The findings show once again, that all those “color consultants” out there might not be as “Friends Psychic Network” as you originally thought. Keep reading for the study details and a few more helpful color meanings…

The Report: “In each study, the students were more focused when their tasks had a “red” element and more creative when they were in “blue” mode.

For instance, when their screen saver was red, they were more accurate on the memory test and they were better copy editors. They also designed more practical toys from the red objects. That may be because red is a signal to pay attention and be cautious, such as in stop signs, Mehta and Zhu note.

For creativity, blue was the way to go. The students created more original, if not terribly practical, toys from the blue objects. And they were better at coming up with creative but not impossible uses for a brick — such as using it as a scratching post for animals — when they were in blue screen saver mode.”

These color meaning were not in this particular study, but in general they have been reported and believed by those zany color therapists…

About.com Reports in their psychology section:
Color Psychology as Therapy
Several ancient cultures, including the Egyptians and Chinese, practiced using colors to heal. Chromotherapy is used today as a holistic or alternative treatment.

It’s funny, I have about two large blue paintings right in my office that stare at me as I work. I just crave blue more than I crave red. Perhaps for all those days when focusing is hard and my creativity is run away wild, I should use some RED color therapy.

I personally believe that both scents and colors can influence your mind, body, spirit, mood and even the way you perceive another person. Fashion colors are very important-especially in today’s world of image and television-based media. When President Obama would wear a blue colored tie I thought, hey that blue color isn’t to represent a “party color”, that must symbolize creativity and change! Just what Obama wanted to project. And then when Obama wore a red tie at the inauguration ceremony, it was as if he wanted to project the powerfulness of the day. Maybe these were subliminal choices, or maybe he knew color theories.

So overall, I liked this Science Express study because the red and blue “screensaver therapy” theory sounds like something that we can all easily apply to our daily lives!