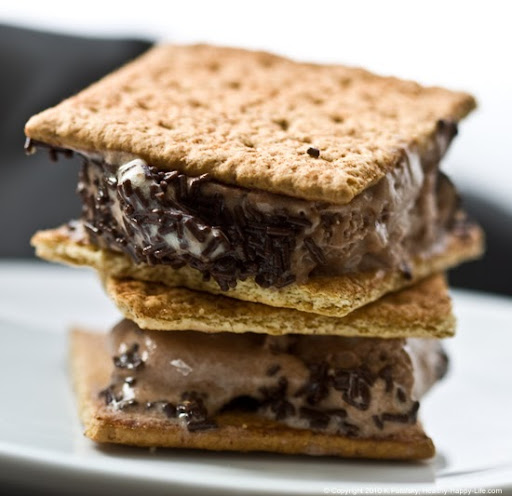 Two Recipe Versions. If you have an ice cream maker, you can try my recipe for vegan Smores Ice Cream. Made from a soy/coconut milk base. And if you don’t have one, that’s OK too – I have an alternate recipe version for you. Frozen Smores – a summertime treat! Indulge…

Frozen Party Treats. Make a huge batch of these smores for a summertime party and guests will be swooning. Frozen smores under the sweltering sun? Yes please!

Store-Bought Vegan Ice Cream. My fave brands/flavors below. The chocolate flavor of any of these brands would work well for these frozen smores…

Ricemellow Creme. As I showed you in my goodies/toppings post, that I discovered fun, fluff-inspired vegan marshmallow creme at Whole Foods and I was dying to make some chocolate-marshmallow soycream with it. My recipe turned out beautifully – and naturally, smores ice cream sandwiches soon followed. Here is my recipe.. 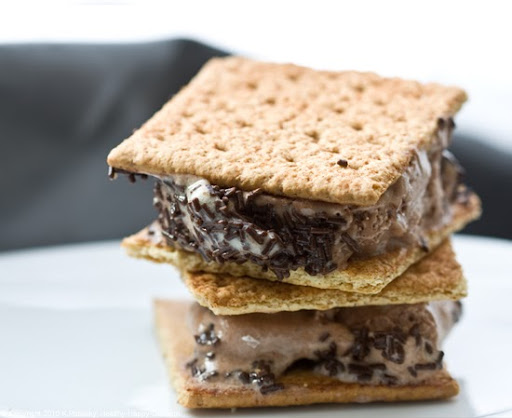 ingredients note: I’ve kept this recipe general in amounts so that you can customize based on your size of machine.

Ice Cream Maker: proceed to make ice cream as directed by your machine.

Fold in: 4 tablespoon Ricemellow Creme after ice creme has processed.

Place in freezer until hardened.

When ice cream is slightly softened, fold in Ricemellow Creme. Return to freezer to harden.

2. Scoop 3-4 tablespoon of ice cream on top of a graham cracker square. Place top square on.

3. Roll edges of sandwich in sprinkelz.

4. Repeat for all 4 sandwiches. Place on wax paper or oil-sprayed surface and place in freezer to harden completely. 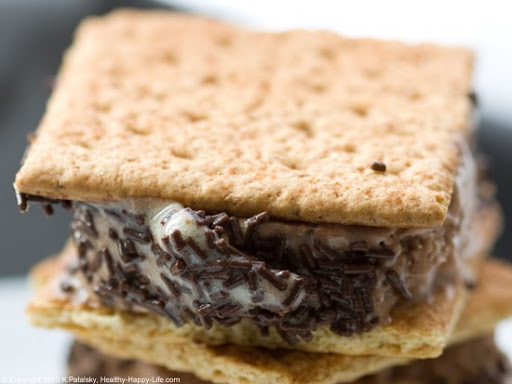