Home » This and That » Starbucks Soy Frappuccino: However You Want it Frap! 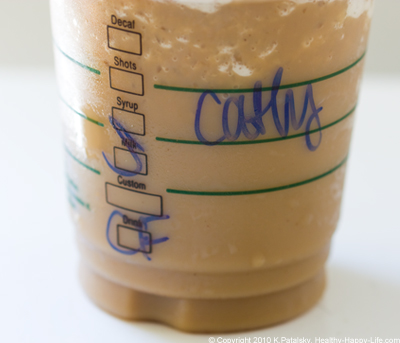 Starbucks just unveiled customizable Frappuccinos, and this vegan-friendly upgrade to their classic frosty blended-beverage means one thing: Soy Frapps for everyone!!

However You Want it Frappuccino. Wow, Starbucks is really on a roll lately. First they upgrade their store interior, and now they are listening to their long-begging, Frapp-loving customers like me and taking on customizable Frappuccinos! Aka, soy milk option Frapps. I had one today as the eighty degree heat beat down on the NYC city sidewalks. Perfect Soy Coffee Frapp kinda day! Here’s my taste test review, photos and a atory…

…it’s actually Kathy with a “K” but I’m so giddy that I’ll let this one go. 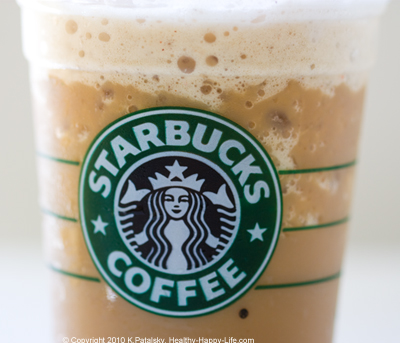 Even my kitty Nelly was intrigued by my Soy Frapp…. 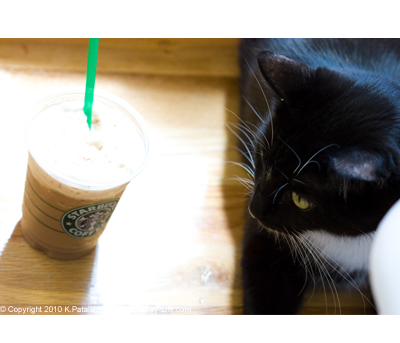 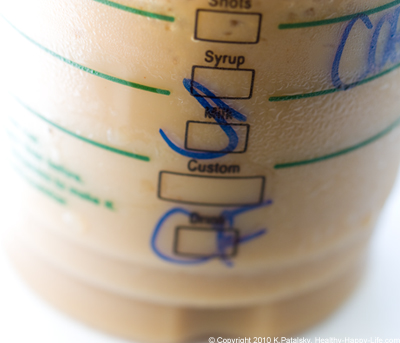 Ah, I’ve always wanted to say those words, and today I finally did! Soy was a small extra charge, but whatever. Everything about my Soy Frap was blissful except one thing…

The blender that my Soy Frapp was blended in had a “DAIRY” label on it. Hmm…honestly I was too hot and tired to make a big fuss about it, but if I notice this again I am going to speak up. Was that just an error on my barista’s part, or are all the soy and milk bevies blended in the same blenders? What if I was allergic?? Anyone know? Will look into this and let you know… (*update* below)

Starbucks is on a roll and rolling out Vegan Soy Frapps!… 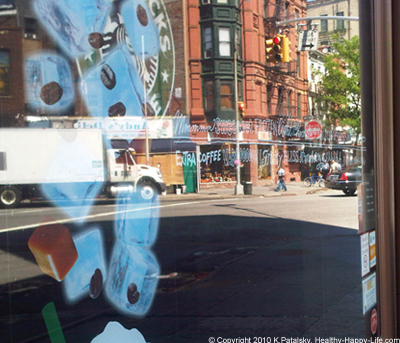 As sweet and delightful as I remember it! I used to be obsessed with Frappiuccinos back in college when I still consumed dairy. I adored them. So sweet. So addictive. I’d get a Venti and want another! Interestingly, the Soy Frapp today was awesome, but a tad on the sweet side to my taste buds. Glad I’ve re-trained my taste buds to notice the high sugar content. Yay vegan diet.

So overall, loved it. Bravo to Starbucks for listening to their customers. **applause**

…now about your lack of healthy vegan muffins…..

Have you tried a Soy Frapp yet?? What did you think? Any raves or rants out there??

UPDATE: “I used to work at a Starbucks and it was a rule that you washed out the blenders after each drink was made, so even if the label was dairy, the blender should have been clean!” -former Starbucks employee 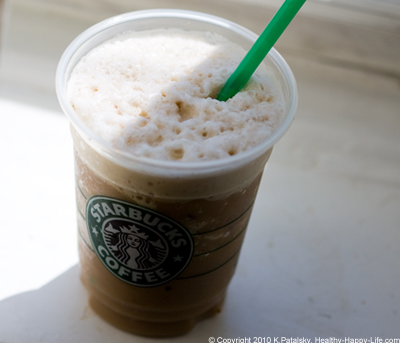 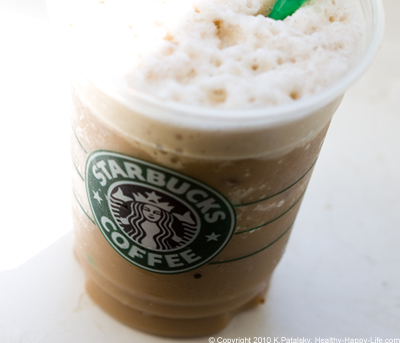 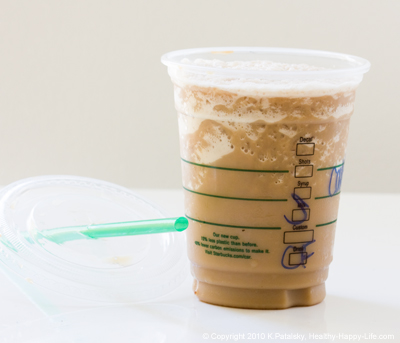