Home » This and That » Apple Dumpling Cinnamon Rolls. Vegan Dessert! 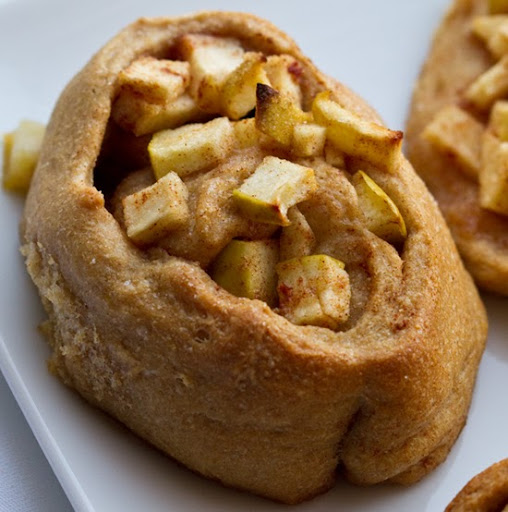 Apple Dumpling: Swirled. So instead of making a traditional dumpling, I decided to combine two of my favorite desserts: cinnamon rolls and apple dumplings into one versatile vegan recipe. My Apple Dumpling Cinnamon Rolls are delightful for breakfast or you can glam them up with some soy cream for a decadent dessert. My Dumpling Dessert goes vegan.. 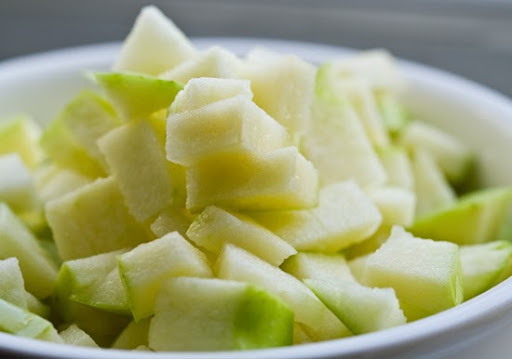 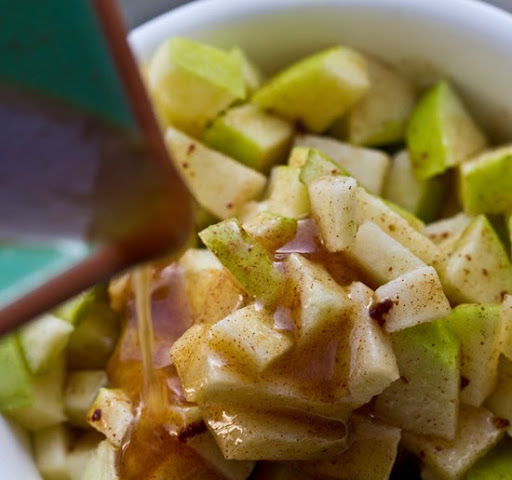 I call these Apple Dumpling Cinnamon Rolls because the pastry crust is dry and flaky like a dumpling, yet the sweet chunky apples are rolled up into a cinnamon roll swirl.

Fall Apples! Love them. I can’t help myself and end up spending $10+ on apples each and every visit to the Farmer’s Market. Mutsu, Fuji, Honeycrisp and more. I usually simply eat my apples raw. Or sliced raw in salads. But once in a while I like to try a classic baked apple recipe.

I always like to keep my baked apples a tad on the firm-to-tender side – and never mushy. More the texture of a soft dried apple ring, rather than applesauce. That’s just the way I like them.

I used one giant Mutsu apple for this recipe.. 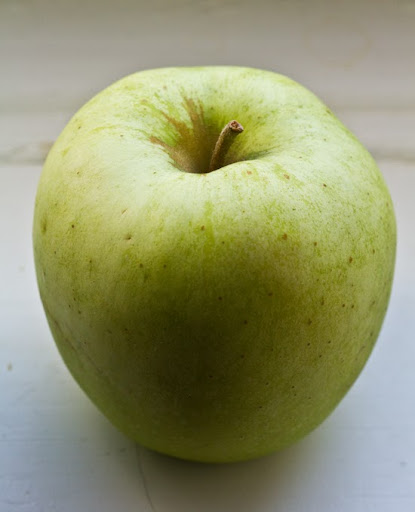 The Apple Farm. Ah yes. Growing up in Northern California, you learn to know (and love) a nice road-trip down south to the Los Angeles region. My family and I would venture down Hwy 101 South – for a trip to Disneyland, a trip to LA for a concert or to visit a few friends. And no matter what our destination, it was the road trip journey part of our trip that my older sister went gaga over.

Every trip down 101 she would beg and plead for us to stop at a curious little farm in the middle of Cali called The Apple Farm.

It had a fun apple themed gift shop, a restaurant, bakery and even hotel rooms right on the apple orchard. It is a cute little place to stop and take a breather. If you’ve traveled on highway 101, I’m sure you’ve seen the many promotional billboards along the way. “The Apple Farm! Next exit!”

My memories of the Apple Farm are all from my pre-vegan childhood. I recall that darn dessert.. best Apple Dumpling ever. Well, now I needed a vegan dessert to spark those same dumpling memories. Enter this recipe.. 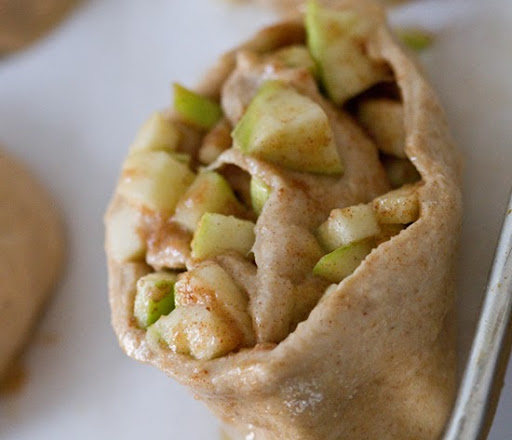 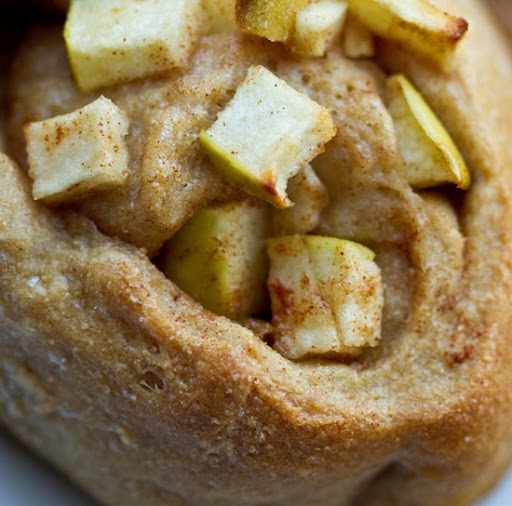 Husband-Approved. I know these rolls are good because even my husband (who hates apple pie .. I know, I know, it’s weird) was swooning over how much he loved them.

TIP! ..and if you are not familiar with working with yeasted dough, give it a few tries and each time you’ll get better and better. My only tip is to really handle the dough with purpose – give it some love and attention. Don’t be afraid of it. If it gets too sticky, a dash of flour will help. And don’t be afraid to knead it with some vigor! I have found that kneading dough is a fabulous stress reducing activity 🙂 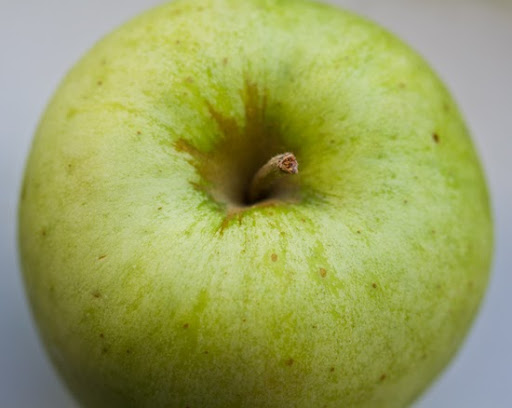 2. Heat up your apple mixture ingredients so that the buttery spread melts. Mix into the melted buttery spread: vanilla extract, lemon, cinnamon. Pour the liquid over the apples and toss well so each apple is coated. Then place this bowl in the freezer. 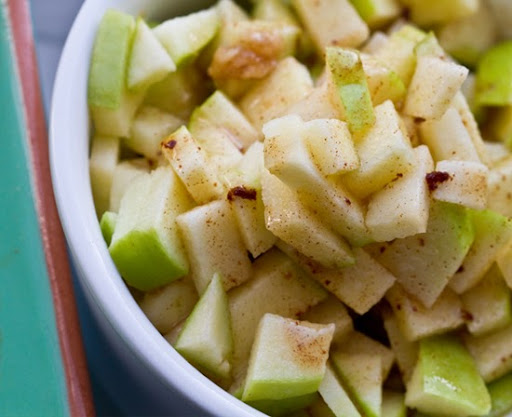 3. Next, start on your dough by combining the yeast activation ingredients. Mix well for a minute.

5. Place dough in a lightly oiled and floured mixing bowl, cover with a clean dish towel and place in a warm, dry place to rise for 30-60 minutes. (If you are using quick-rise yeast you will only need 30 minutes, traditional yeast will take longer).

*Preheat your oven to 375 degrees before you start rolling out the dough. 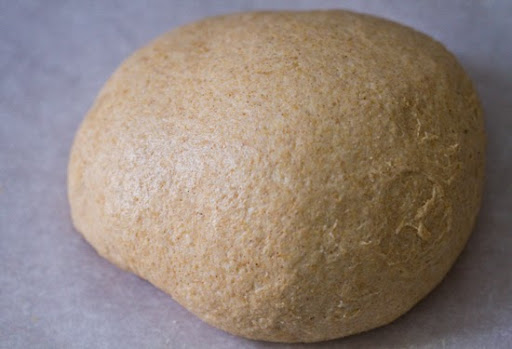 6. When your dough has risen, punch it out. Then roll out onto a floured work surface using a rolling pin. Use more flour for dusting. 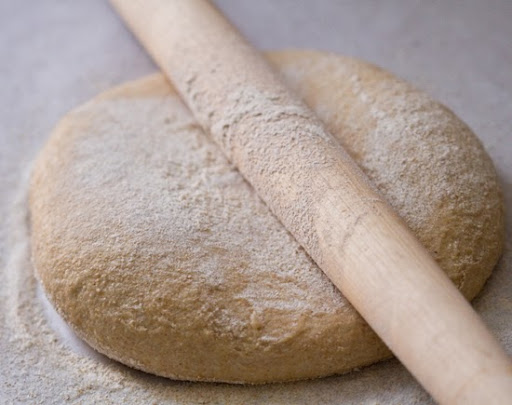 7. Roll out dough to a rectangle/square is shape – about 12-14 inches long and about ½ inch thick.

8. Next you will dust the cinnamon and sugar over then surface of the dough.

9. Grab your apples from the freezer and spread over top your dough, evenly. They should be nice and frozen so the liquid doesn’t spill all over the board. 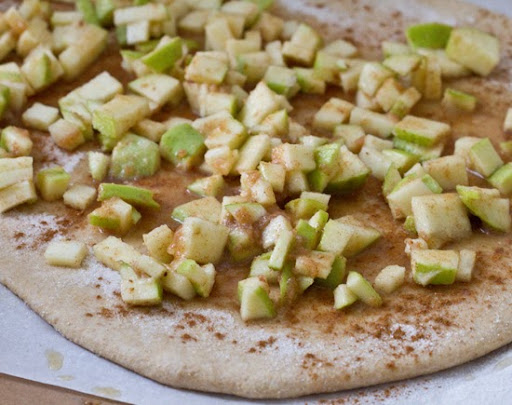 10. Roll up the dough into a spiral shape. Slice into 1 ½ inch thick rolls. 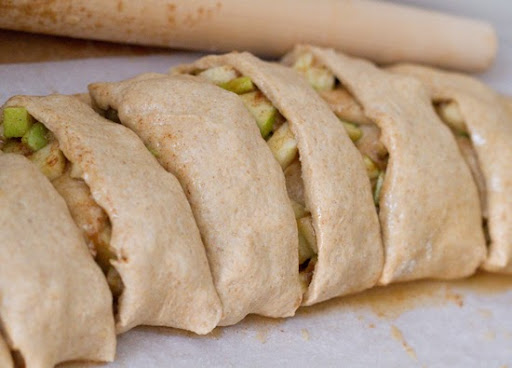 11. Place the rolls on a parchment paper lined baking sheet. Sprinkle some more cinnamon and sugar right on top of each roll. 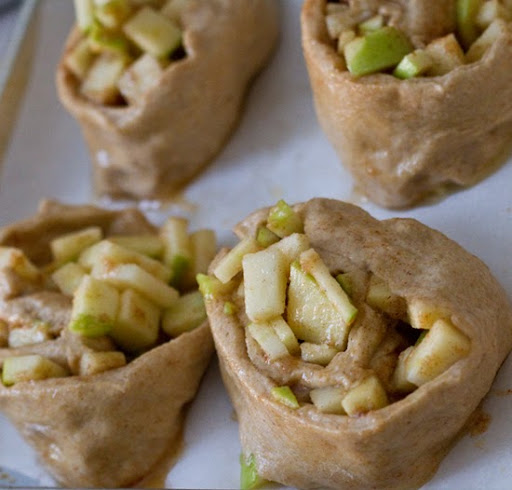 12. Bake at 375 for 25 minutes – or until the outer crust of the rolls starts to turn light brown and slightly crisp.

13. Remove from the oven and allow to cool for 15 minutes before serving.

14. Bonus: Make the tofu cream cheese drizzle by heating all ingredients in the microwave and stirring well. You can store in fridge for a chilled ‘frosting’. Or pour warm for a drizzle effect. Pour tofu cream cheese frosting over top if you’d like. Serve! Store in the freezer and re-heat in oven. 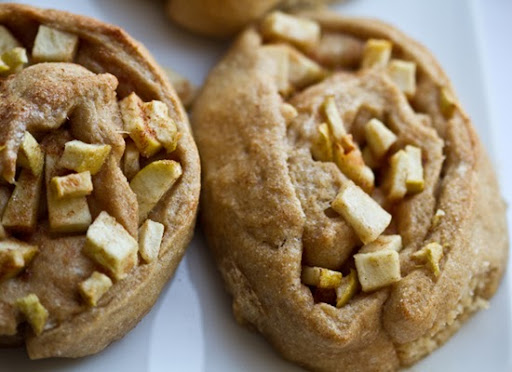 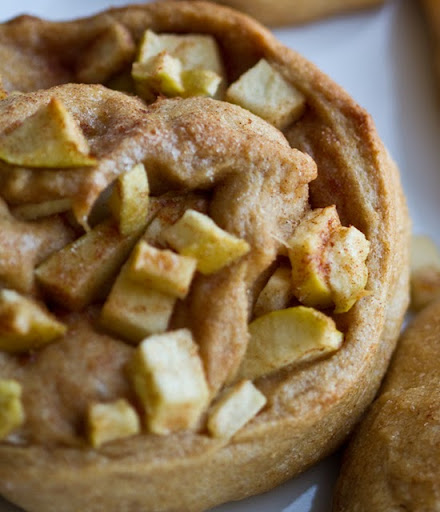