Home » This and That » Updated: Reactions to Natalie Portman on Top Chef. 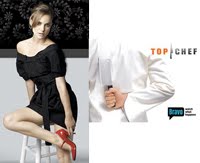 UPDATE: Darn, so the chefs only had to cook vegetarian! Too easy! Natalie was vegetarian when the show taped…she supposedly went vegan a few months ago after reading Jonathan Safran Foer’s book “Eating Animals”. But still, glad to see a vegetarian show. It’s better than nothing! My live tweets and “the word on the internet” about the show are after the jump…

Veg Consensus. So after reading all my @replies on twitter and perusing a few of the online comments, the veggie consensus seems to be that the episode was a big disappointment and even a little “offensive”. These cheftestants seriously need a yummy, creative vegan meal at a restaurant like Pure Food and Wine, GoBo, Candle 79, Sublime, Real Food Daily, Blossom, Dirt Candy or even a nice Babycakes cupcake! Geez, all veggies (practically?) Where’s the tempeh? Seitan? Grains? More beans? Nuts? Where’s the Protein? Very dismal. I’d walk away from those ‘entrees’ with a serious craving for some….food! Maybe a lovely raw vegan lasagna at Pure Food and Wine. Or some butternut squash risotto from GoBo. Or a beautiful seitan medallion from Blossom or tempeh from Candle. Or some amazing Asparagus Paella from Dirt Candy. Or maybe just a spelt crust pizza with some Daiya cheese….yum…

“@LoCoallergylife I think it was a comment on the “banana polenta” dish…gotta love creativity!about 12 hours ago from web in reply to LoCoallergylife”

“OK, Natalie Portman is hilarious, her comment on fave dish: “who is his dealer & does he want more clients!?” Funny. #topchefabout 12 hours ago from web “

“My TopChef thoughts on what the cheftestants made….where’s the protein?!about 12 hours ago from web “

“@bakeanddestroy Natalie went vegan (again) a few months ago, she was vegetarian when the TopChef episode was filmed.about 12 hours ago from web in reply to bakeanddestroy”

“@gonepie gonepie RT “I think this was filmed before she was converted by the Foer book.” …my thoughts as well…about 12 hours ago from web in reply to gonepie”

“Natalie says she is ‘vegetarian’…why not just say vegan? *shakes head* Well it’s better than nothing! r u watching TopChef East Coast??about 12 hours ago from web “

And here was my original post about this highly anticipated episode:

Now this is “must See TV”! Vegan actress Natalie Portman will create quite a challenge for the meat-obsessed chefs competing on BravoTV’s Top Chef, season 6 Las Vegas. On tonight’s episode, apparently the gang of contestants is brought to Tom Colicchio’s restaurant Craftsteak Vegas and shown piles of meat ingredients. They get excited *sigh*. The twist comes when the person they will be cooking for is none other than the actress Natalie Portman, a vegan. I can’t wait to see which chef’s pull off vegan dining like a true pro. And which chef’s whine themselves into being kicked off! (A la on Top Chef Master’s when a few chef’s whined and groaned at Zooey (not Emily.. :)..) Deschanel’s vegan/gluten-free diet) I posted about the “God only knows what vegan’s eat…” quote. Below is a video-clip preview of tonight’s ‘veg-themed’ Top Chef episode… 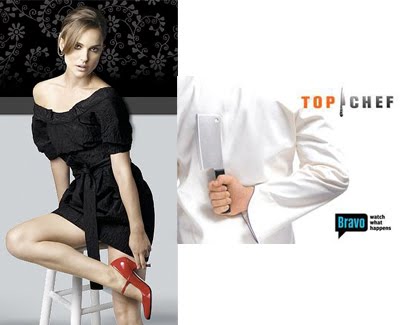