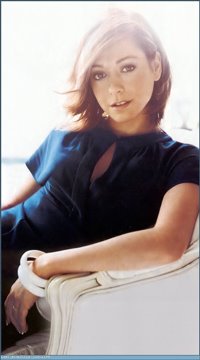 Alyson Hannigan, of American Pie and How I Met You Mother fame, recently revealed that her pregnancy forced her to go back to eating meat:

“I basically went from being a vegan to … well, now it’s meat and cheese. … I didn’t eat any meat or cheese before. Now, I have to.” -Alyson Hannigan, US Weekly

Bloggers are quite fired up about the part where she says she “has to” eat meat now.

So I wonder: what’s up with folks who go from being vegan or vegetarian to suddenly doing a 360 and it’s back to eating meat?

And is it safe to be vegan during pregnancy? I have the answer, and a POLL for you to take. Let’s discuss….

Yup, if you are a well-studied, successfully healthy vegan, a vegan diet is incredibly healthy during pregnancy. One blog commenter found this factoid:

“Statement from the American Dietetic Association concludes that she doesn’t have to give up being vegan while she’s pregnant. Here’s what they say at their website:

“Well-planned vegan and other types of vegetarian diets are appropriate for all stages of the life cycle, including during pregnancy, lactation, infancy, childhood and adolescence. Vegetarian diets offer a number of nutritional benefits…and have been reported to have lower body mass indices than non vegetarians, as well as lower rates of death from ischemic heart disease; vegetarians also show lower blood cholesterol levels; lower blood pressure; and lower rates of hypertension, type 2 diabetes, and prostate and colon cancer.”

I would think that not eating all the toxic chemicals and antibiotics in meat and dairy would be the best thing for her baby.” -blog commenter

Celebs Who Go Back to Eating Meat

Gwyneth used to live and die by her macrobiotic diet. Her raw food and juice fasts were splattered all across the tabloids. Then suddenly one day she’s in Spain with Mario Batali eating fish, buttered bread and cooked veggies. Go figure.

Well, she’s only human. For me to get confused or angry about a person going in reverse from veganism would be the same as a meat-eater (say Tony Bourdain) getting mad about a meat-lover going vegan.

We are humans and have to right to change our diets at anytime, without the approval of anyone.

It’s one of the great freedoms of life: our diet.

However, the interesting part comes when we ask the question: why did you become vegan in the first place?

I suspect that if someone changes their diet for temporary health changes or superficial reasons like ‘to lose weight’ they might easily go back to eating meat. However, those people who do it for a religious, moral or heart-felt reason might find it harder to ever go back.

I can honestly confirm that I will never go back to eating meat. I started my veggie ways by my love for animals as a child. I had no idea about the many health benefits. But now i choose a vegan diet for both the planet, animals, humans and of course my own health.

Why did you first go vegetarian or vegan?

I started a poll here: