Home » This and That » Bill Maher’s Controversial Statements on Phelps, Kellogg’s, A-Rod and Steroids 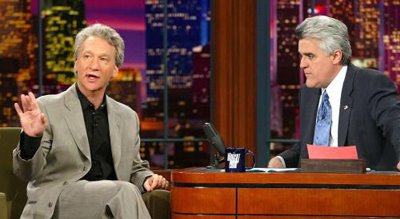 Last night on Jay Leno, I was shocked to hear a few controversial statements – and good points – made by Bill Maher about the Michael Phelps pot-smoking case and the A-Rod steroids case:

On Kellogg’s dropping Phelps:
“I wish we could end this charade in this country that putting marijuana in your body is somehow worse than a thousand other things that people put in their body – including anything made by Kellogg’s!” -Bill Maher on Jay Leno 2/10/09

I do think that pot use is a serious subject, but I also agree that the Kellogg’s company has its share of health sins, just look at the amount of sugar and processed ingredients in their morning cereals. Can Kellogg’s really justify firing someone based on wanting to ensure the health and wellness of their customers.
Exhibit A: The nutrition facts on Kellogg’s new products billed as breakfast food: Eggo bake Shop Chocolate Chip Muffin Tops.

Keep reading for Maher’s statement about A-rod and steroids, and his insinuation that most of the United States is on steroids too….

…Interesting. I have done a lot of reading about hormones in milk, especially before I decided to go vegan. And I absolutely agree that there are too many steroids pumped into the cows we use for store bought milk in this country. Studies have shown that it effects our health and especially the health of children. Read more on this topic from Marilu Henner’s book “Total Health Makeover,” chapter called: Step 5: The Miracle of Dairy Free.