Home » This and That » Brown Fat, Could Make You Thin. New Report. 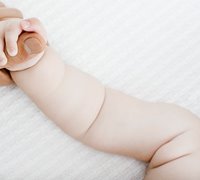 Brown Fat is creating quite a brown fat buzz. Sounds kinda gross, right? Well, it’s a fat you may want to have! The ladies on The View were chatting with Dr. Steven Lamm about how brown fat, commonly found in infants, has now been found in adults. He explained how brown fat actually burns more calories that normal fat, around 400-500 calories a day in one study. And studies have shown that thin people may have more brown fat than obese individuals. Another interesting fact is that… brown fat is activated by cold temperatures. So shivering in cold temperatures may have always burned more calories than being warm, but now it may also activate the calorie burning effects of any brown fat you may have.

“A sparse form of fat that helps keep newborns warm is more common in adults than previously thought and that discovery that could lead to a new way to lose weight, researchers said on Wednesday.

Once activated by cold temperatures, so-called brown fat burns calories faster than regular fat. It is normally so dormant in adults that there has been debate over how much adults have or whether they have it at all.

In three studies in Thursday’s New England Journal of Medicine, researchers report finding brown fat in most adults and discovering they can detect it by exposing people to cold. In some cases, adults who had more active areas of brown fat were thinner.

The hope is that if a way can be found to activate this brown fat and get the body to make more of it, people could burn off extra calories without additional exercise.

“Fifty grams of maximally activated brown fat accounts for 20 percent of your resting energy expenditure,” Dr. Aaron Cypress of the Joslin Diabetes Center in Boston, who led one of the studies, said in an interview. “If you add that up, that’s 400 or 500 calories per day.

“Practically speaking, we have a great potential to have a new treatment in our armamentarium against diabetes and obesity.”

Cold temperatures may activate brown fat, and hyperthyroidism may activate more brown fat growth, according to Dr. Lamm on the View. But is this really a life-changing discovery, that adults have ‘brown fat’?

7 Words (and More) You Shouldn’t Use in Medical News
The words were:
• Cure
• Miracle
• Breakthrough
• Promising
• Dramatic
• Hope
• Victim

I have googled a few reports and blogs touting brown fat as the new miracle cure for obese individuals. Medline says, “Using brown fat to treat obesity has been talked about for 30 or 40 years,” he said. “But people essentially gave up on it. Many said it didn’t exist in adult human beings and many said it didn’t have any connection to obesity and weight at all. What these studies show is that virtually every adult human being has functional brown fat in them.”

So while it is good to know about brown fat, we’re still waiting on the doctors to tell us how we can use this information. Don’t go standing outside in a blizzard just to lose weight. …I’m guessing you’d just be extra hungry from exposing yourself to the ‘extra cold’.