Home » This and That » Cinco De Mayo Recipes with Eric Ripert. Plus His Contest. 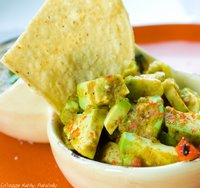 Any foodie knows who the Michelin Star awarded chef Eric Ripert is. He leads the fabulous team at Le Bernardin in NYC. From watching Eric on foodie/chef TV shows like Top Chef and No Reservations, you can easily get a sense of how incredibly skilled a chef and warm and ‘cool’ a person he is. And Eric’s website rocks.

Cinco De Mayo Recipes a la Eric. Eric is hosting a Cinco De Mayo recipe feature and contest on his website. Prepare his special Cinco De Mayo Party recipes, take some photos and win a prize. But, since not all of the recipes on Eric’s menu are vegan, I decided to “veganize” them. It would make for a vegan fiesta with some Eric Ripert flair. The recipes and my Le Bernardin experience ahead… 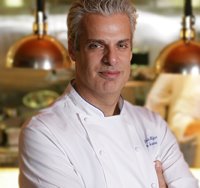 My Le Bernardin Experience. I dined there last year and was pleasantly amazed when Eric’s kitchen or wait staff didn’t blink an eye when I requested an all vegan meal. It was one of the best vegan meals I have ever had. Vegan salad on seasonal fresh ingredients, amazing vegan pasta and marinara sauce, mushrooms and even some amazing sorbet. My husband enjoyed his “Surf ‘n Turf” non-vegan dish immensely as well. Le Bernardin is a spot-on special occasion restaurant. It made me an Eric Ripert super fan.

Instead of: Avocado Salsa Verde with Sea Salt and Black Pepper Chips
Veganized: My Avocado Salsa Verde Recipe (or Eric’s)
I already posted my delicious recipe for a similar recipe. You can use my recipe, or go with Eric’s.
Serve with blue corn tortilla chips with fresh black pepper grinded on top
This one is easy.

Instead of: Dulce de Leche Ice Cream Sandwiches
Veganized: Cinnamon-Agave Soy Cream Sandwiches
This one is actually pretty easy. You can either bake your our vegan shortbread cookies or simply buy some at a place like Whole Foods. Then simply add in some vegan vanilla soy cream. I think it would be fabulous to mix in some agave and cinnamon into the soy cream before smushing it between the cookies for a sandwich. Yum.

So those are my Veganized versions of Eric’s suggested Cinco De mayo Menu.

You can read his full original menu and read about how you can enter the contest on his website: http://aveceric.com/2009/04/23/cinco-de-mayo-dinner-social/ 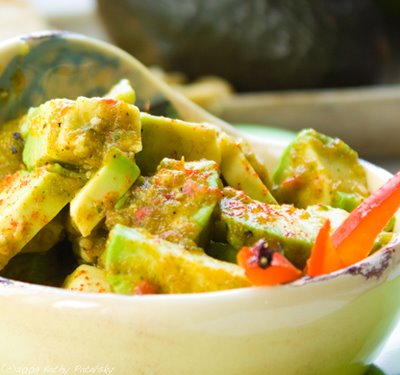