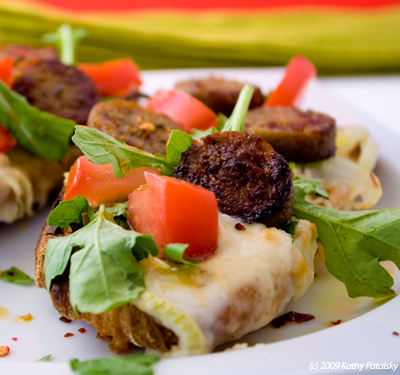 My 100% vegan Apple Sage Sausage Easy Cheesy Flatbread with a balsamic drizzle is light yet robust, all in one crisp bite. It’s loaded with savory earthy flavors that are totally cravable. The Field Roast Grain Meat Co. sausage is surrounded by stringy caramelized onions, vine ripened tomatoes, crisp spicy arugula, red pepper flakes and a drizzle of some EVOO and balsamic vinegar. Hand-held sophistication from your oven to your plate in under 15 minutes. Made by you, not a frozen box. Get the recipe…

Vegan Sausage? Delish! There’s no doubt about it: the word ‘sausage’ seems pretty much off the radar for most vegans. But hold on, this is 100% vegan, wheat meat, aka seitan sausage. And it’s totally cravable. I’ve been a little obsessed with the Field Roast Grain Meat Co. brand ever since I tried the Mexican Chipotle flavor in my Spicy Pappardelle pasta dish. But this time I tried the Apple Sage flavor. Tastes and smells like fall. My flat bread has hearty protein and crunchy crust textures, yet a delicate earthy undertone from the refreshing greens and tomato accents. 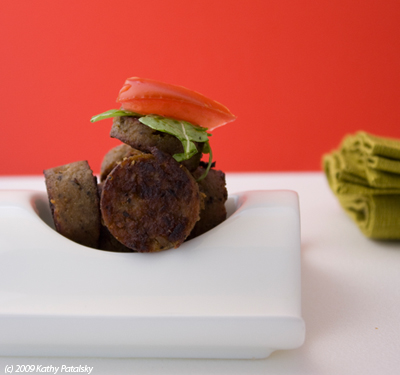 Flatbread. Sort’ve. It’s easy to make a brown-bubbled vegan cheese flatbread. You can even call it a ‘pizza’ or an open faced panini. Simply take a crusty flat-long wheat roll, split it in two and fire up your oven on broil. Vegan cheese melts in just a few minutes and then all you have to do is decide on what toppings you crave. 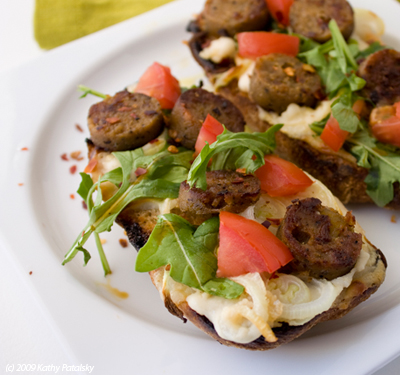 2. Slice roll down the center and rub each side with ½ teaspoon olive oil or Vegenaise spread.

3. Place roll in the oven for 2 minutes to crisp all the exposed faces. Remove from oven, set aside.

4. Saute your vegan sausage in a lightly spray oiled skillet. Cook on high for 1 minute on each side. They should cook fairly quickly due to the high fat content. Turn off stove. Set aside in the hot saute pan.

5. Slice your cheese, onions and tomatoes. Lay your cheese slices on top of the toasted bread. Turn the oven on high-broil and broil the cheese-topped flatbread for 2-3 minutes (or until edges start to brown and bubble). Be careful not to burn your bread, but a few dark edges are OK.

6. For last minute of your bread’s oven broil, lay a few onion slices in the cheese and let them caramelize a bit.

7. Remove bread and turn off oven. Lay your cooked sausage rounds in the hot melted cheese. Top with a few cubes of diced tomatoes. 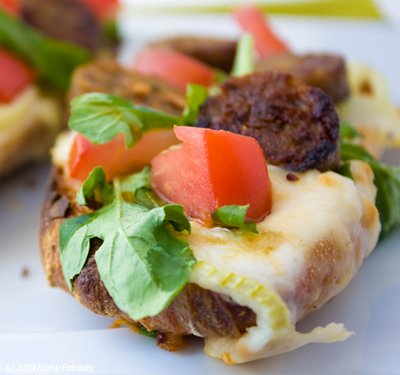 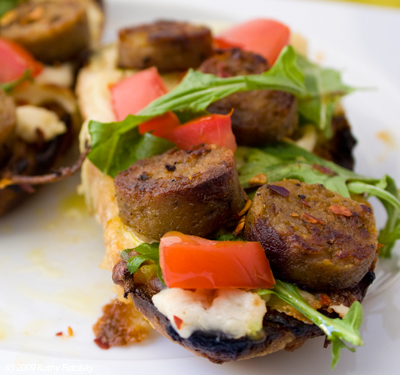 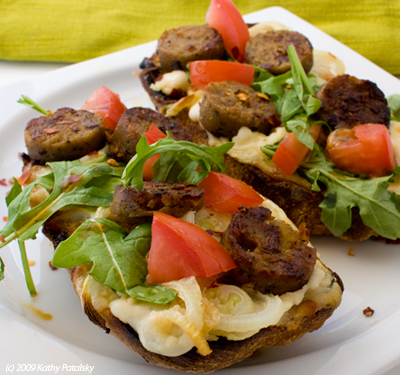 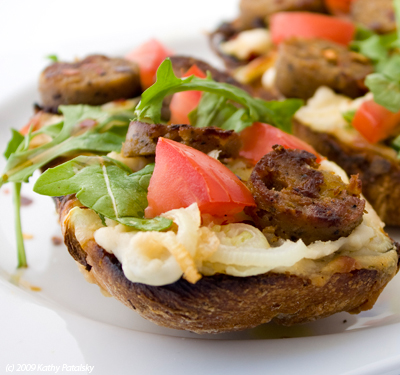 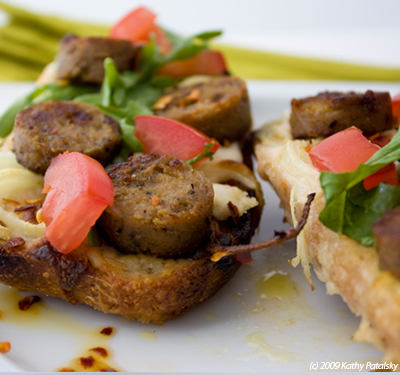 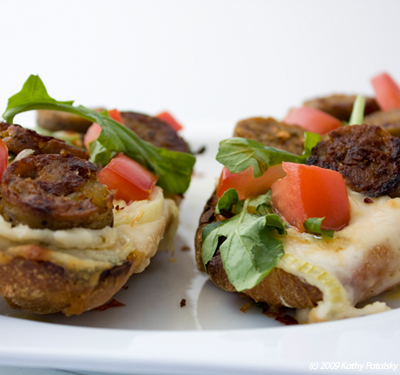