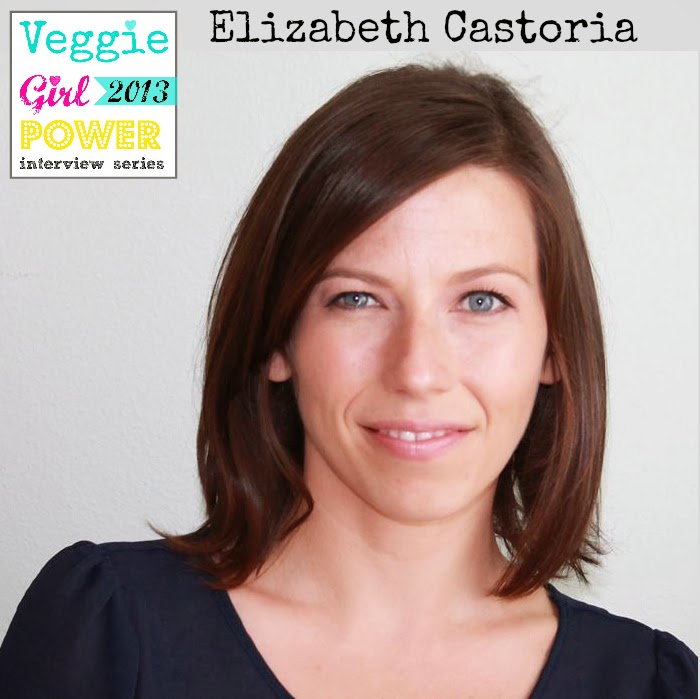 Elizabeth Castoria is the former Editorial Director of VegNews Magazine. (She recently parted ways with VN after many years of amazing work there.) While I am sad that I won’t get to read Elizabeth’s awesome VegNews Editor’s Notes anymore, I am super excited about her future projects!

Elizabeth is currently using her genius talents as the Managing Editor at KrisCarr.com AND she has her first book out spring 2014, exciting!

Elizabeth’s Upcoming Book! All I know is that it is a vegan-themed book, I cannot wait for more details as her book publishing path unfolds. When can I pre-order this thing already??

Sidenote.. hooray that Elizabeth is working with KrisCarr.com (We all LOVE Kris Carr, yes? Crazy Sexy Cancer, see it, buy the books, join the fan-dom. Kris is an amazingly inspiring lady.) So happy Elizabeth is on Kris’s team. Perfection.

Meeting Elizabeth! Last spring I was so happy to meet Elizabeth for the first time when I visited the VegNews office in San Francisco… 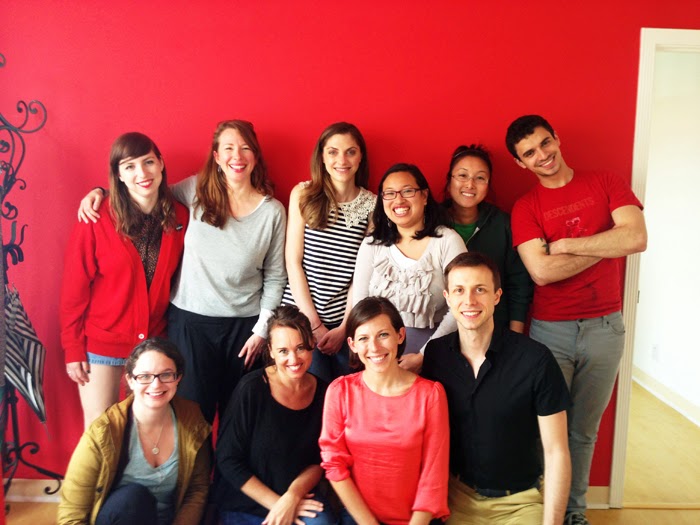 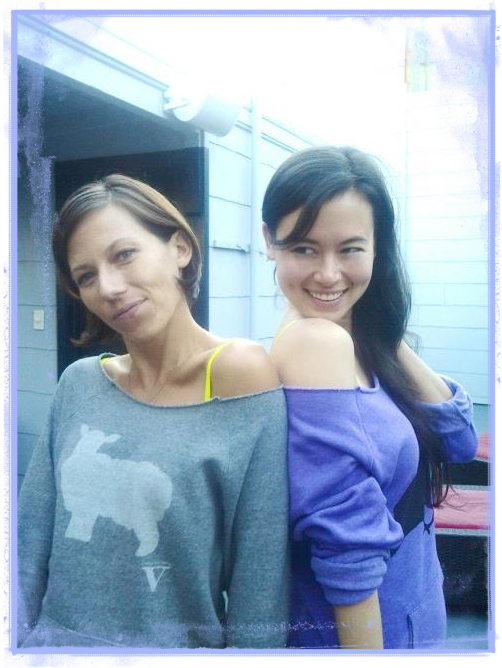 *Two cuties in the coziest sweatshirts ever, aka Elizabeth with Vaute Couture’s Leanne (also a VGP lady – interview!)

Get to know Elizabeth Castoria!..

Elizabeth: I was 17 and there was a really cute guy who was vegan, and I thought, yeah! I was already a vegetarian, and the more I learned about veganism, the more it made sense to me. It is far from the only major life decision that I made because of some dude.

Elizabeth: Veganism is the easiest thing in the world—if you want to do it. If you’re doing it because someone tells you to or because you feel obligated to in some way, then it can be really, really challenging. Do what you want to. If that means eating one vegan meal per day for 10 years, that’s better than no vegan meals ever.

Elizabeth: San Francisco is pretty great for vegans. Gracias Madre is awesome, Saha is stellar (not totally vegan but totally worth it!), Millennium is magical, and there are excellent vegan options at non-vegan places such as Ken Ken Ramen, Kronnerburger, Mau, Curry Up Now, and Green Chile Kitchen.

Elizabeth: I’m basically an embarrassment to veganism when it comes to what I actually eat because it’s usually pretty boring and quick. I love a chocolate-banana smoothie with a little Vega in the morning, and lunch or dinner is usually kale salad. Thrilling, I know! I do eat out pretty often, which is when things get more interesting, but at home I’m a sucker for pasta with pesto and easy stuff like that.

Elizabeth: Veganism is rad. Try it out.

Elizabeth: Well, obviously there’s 365 Vegan Smoothies, which might actually get me out of my choco-banana routine! I’m really excited about Isa Does It, and anything that Brian Patton (aka The Sexy Vegan) does is magic. I feel like there’s so much great stuff out there right now, there’s really never been a better time to be vegan. And everything that you eat/read/or do is better when you’re also wearing a sweatshirt from Vaute Couture—they’re the softest and best ever.

Elizabeth: I am always in favor of more Justin Timberlake, so that’s first and foremost. For me, being vegan is about celebrating all the incredible opportunity we have to do something that aligns with our values, is delicious, and betters the world. So, basically, it’s like a non-stop party.

Elizabeth: I’m at work on a book about which I am very, very excited, and of course forthcoming issue of VegNews!**

Elizabeth: It’s actually documented that veganism is the diet of the future, so yes. (And by “documented” I obviously mean that in the second episode of Star Trek: The Next Generation, Riker comments that they “no longer enslave animals for food.”)

**(Update: Elizabeth is currently working at KrisCarr.com as mentioned at top!)

*all photos were provided courtesy of Elizabeth Castoria .. except the VegNews shot, that is mine.