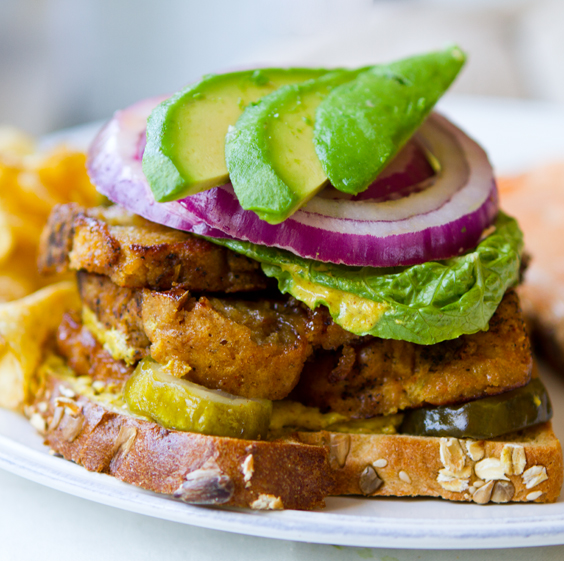 Homemade seitan, made from scratch using vital wheat gluten is easier than you may think!

Vegan Cooking Basics. This is a vegan 101 cooking technique (almost) every vegan-curious cook should try. However, seitan is not gluten free, so GF sensitive people will have to skip this one. Once you learn to make your own seitan you will be adding it to hearty sandwiches, skillet sautes, stacking it onto bamboo skewers for grilled seitan skewer appetizers and rolling it into tiny sausage-like shapes for you own homemade vegan seitan sausages! Ready to give it a try?.. 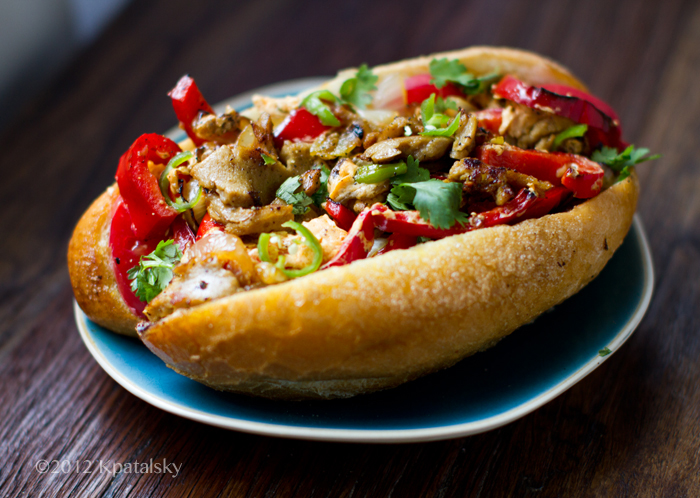 Seitan is very high in protein and has a tender, chewy texture – it is sometimes called “wheat meat.” Seitan can be thinly sliced for sandwiches, grilled in thick slabs or cubed for tasty seitan skewers perfect for dipping into various sauces. Or chop it into slices and add to stir-frys and other easy skillet recipes. Seitan is made from vital wheat gluten. So unfortunately, it is not suitable for gluten-free dieters. 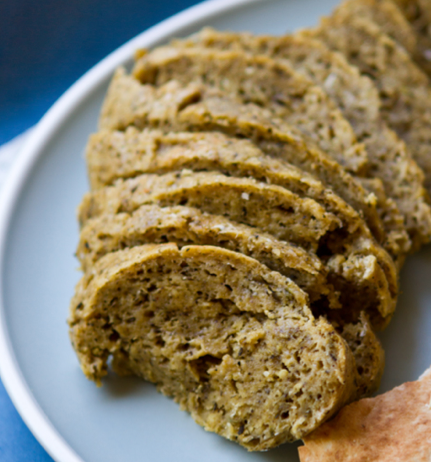 Seitan has a very mild to bland natural flavor – much like tofu – so can be seasoned in a wide variety of ways. BBQ sauce slathered, lemon pepper spiced, Cajun spiced – whatever culinary theme to your meal – seitan can find a way to squeeze its way into the flavor profile. And the best part: seitan is actually super easy to make and get creative with once you learn the basics..

Then I slice into strips.. 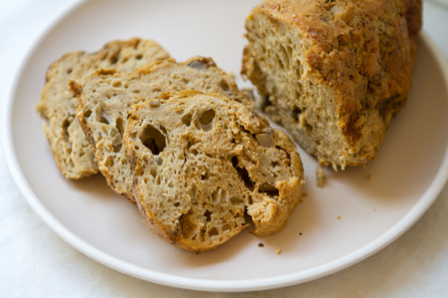 After slicing my baked seitan, I saute it with a few ingredient accents (drizzle of maple syrup, splash of liquid smoke, safflower oil, dash pepper) to get this.. 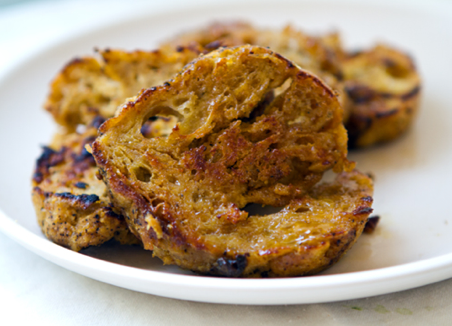 Flavors. Seitan is super fun to get creative with. Try these flavor combos to infuse your seitan logs with.. 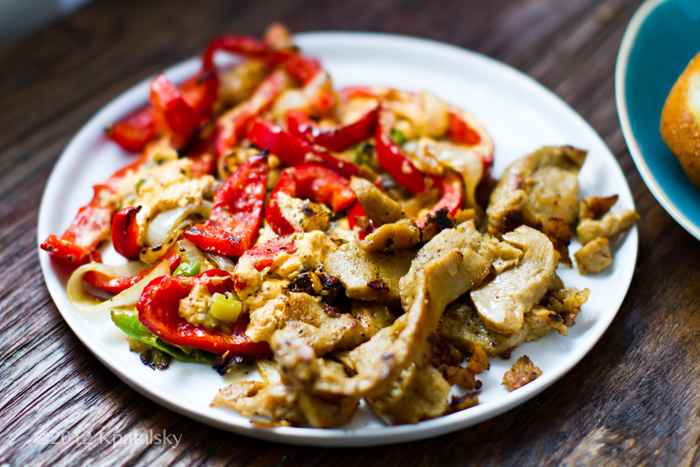 Time: Seitan takes about 80 minutes from start to finish to prep, cook, prepare and plate. So give yourself a good amount of time before serving. I like to make my seitan the night before and reheat and prep the served dish right before mealtime.

For reference, the back-of-the-box directions for seitan usually go something like this..

However, I like to add in plenty of flavor so I will usually use a variety of spices and liquid accents.

1 ⅓ cups of vital wheat gluten
1 cup veggie broth (+ 2-3 tablespoon based on how dry or moist your other ingredients are)
⅓ cup soy flour (or another flour)
2 teaspoon dried spices (any variety)
1 tablespoon tamari OR apple cider vinegar + a pinch of salt (for savory or vibrant flavor)
1 teaspoon maple or agave syrup (touch of sweetness to accent the savory)
⅛ teaspoon fine black pepper
½ cup finely chopped veggies or herbs (any variety – this is optional)
*for the seitan shown above I added chopped mushrooms
1 teaspoon oil (EVOO, safflower..)

1. Add your vital wheat gluten and soy flour to a large mixing bowl. Add in any dried spices and herbs.
2. Add your 1 cup veggie broth and all other liquids. Start mixing with spoon – the mixture will thicken quickly into a dough.
3. Knead in any chopped veggies. If you mixture is too dry to knead – add in a few more splashes of veggie broth.
4. Roll into a log shape. Coat the top of the seitan with more dried spices and pepper. I like to slather a hint of oil too.
5. Wrap your seitan log in foil. Twisting the ends of the packet.
6. Set an extra large pasta pot on the stove with ¼ way filled with water. Bring to a boil. Settle the packet over top the boiling water – to steam it. Cover loosely with lid. Steam for 30 minutes. If you have a fancy steamer you can use that too.
7. Transfer your steamed packet to the oven to bake at 350 degrees for 35 minutes. Poke a few holes in the packet so the steam can escape.
8. Remove packet from oven. Cool at least ten minutes before opening.
9. From here you can slice and serve. Slice and saute. Slice and marinate. Slice and season. Or slice and chill. So many options! You can use this seitan however you’d like. For the sandwich shown above, I sliced the seitan and sauteed the pieces in a bit of safflower oil, with maple syrup, liquid smoke and black pepper accents. However, you can really get creative with seitan! 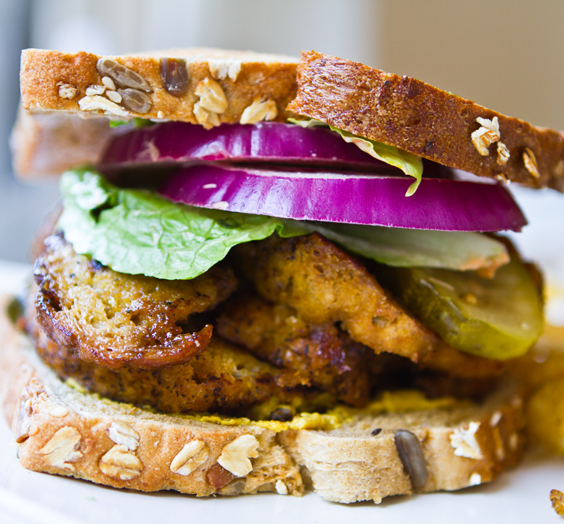