Home » This and That » Hot Plate! Betty White, Girls Can’t Cook, Tyson is What?!

QUOTE of the week

“Most women are smart enough not to say anything about this situation, and I shouldn’t be pointing it out at all because it’s embarrassing to admit in public how much we suck at cooking.

But I think it’s time someone made it clear to the young ‘uns: if you are a woman and you are planning to make a career in restaurants, you won’t get the awards, you won’t get the press coverage and you probably won’t get the big opportunities. Why? Well, there’re only two possible answers and we all know which one is correct: if you’re a woman, you just can’t cook…….So stop trying.“

Solar Mapping NYC via Midnight Flyovers
Recently, NYC residents up past their bedtime may have been startled to see a very low-flying plane equipped with lasers, zooming back and forth overhead, into the wee hours of the morning. The images collected will produce one of the most up-to-date, modern 3D maps of the city. The 3D mapping will help the city access possible solar power eligible rooftops – as well as be quite useful for a long list of various safety and environmental city programs.

Carbon Neutral Fast Food: Not Adding Up…
Explain this to me. It’s like McDonald’s, but only greener? It’s like, good for the planet fast food? But does it taste good? No. Good value? No. I don’t get it then. Neither do I….find out why in my Otarian Dining Pics and Review.

Oil Spill: Musicians to the Rescue
Sadly, the oil spill news gets worse and worse, but at least there are a few musicians trying to help out…
And there are a few ways you can help too, from GirlieGirlArmy

Foursquare Meets Zagat
For all you FourSquare addicts out there – you may already know that Zagat has teamed up with them to provide a lot of foodie-bliss via cell. Gosh, Zagat and Foursquare is better than that big airline merger thing with United and Continental..

Terrorists can shut down Times Square, but they can’t shut down Oprah and her Best Life Walk! Oprah proudly walks on…don’t mess with her!

Wait, she called Soy Milk what?!
It’s not “milk” according to the Dairy folks. So what do we call soymilk?? Hopefully this suggestion won’t catch on…

Best VEG Eats in NYC? The winner is…
The Number One VEG Dining Spot(s) in NYC: Dirt Candy and Pure Food and Wine Tie for first place. See the complete list of Top 20 Vegan Eats here.

Cooking Channel Blogs, and 5 things you should know…
5 Things To Know About Cooking Channel (from the Cooking Channel Blog):
1) It’s a brand-new cable network for food people, by food people.
2) It launches on Memorial Day, 2010.
3) If you currently get the Fine Living Channel, it replaces that on May 31st — same channel.
…
5.5) We’re on Facebook and Twitter if you’re bored while you wait.
Follow them on twitter @CookingChannel (c’mon foodies, help them out – they only have 1577 followers right now!)

Barbara Walters, 80 Announces Heart Surgery
Shocking news, but Barbara Walters is apparently not the Energizer Bunny that keeps going and going without pause. Barbara announced today that she will be taking a pause from her crazy-busy life, of co-hosting The View and such, as she undergoes heart surgery. Best wishes to Babs. And congrats to Barbara on being one of those ladies that makes us say, “Wait, she’s 80???!”

Total Betty. Betty White Shines on SNL
Running comic circles around hosts half or even a quarter of her age, Betty White stole the hearts of everyone watching SNL this past Saturday night – with lines like “Wizard of A**” and “She’s a lesbian!” Betty is one of the last two remaining Golden Girls (Rue McClanahan who played Blanche recently suffered a stroke, but is reportedly doing better).

Betty proved to be as hip and hilarious (as she cruises into her late 80’s) as I will ever be! Betty did a skit with Molly Shannon where she joked “I’m 90! 90!” I’m guessing Betty will easily be able to say those word in a few years. Still being hipper than most. Go Betty, go. SNL 2020 with host Betty White? Don’t count her out…

Meatless Monday– Are You Joining in??
It seems that “Meatless Monday” is a growing trend with some serious veggie-powered legs! If you’re a restaurant owner or Chef and not joining the fun – perhaps you should reconsider!
Mario Batali goes Meatless on Mondays
Bread and Brew DC Joins Meatless Mondays
Dovetail NYC offers gourmet VEG eats on Mondays

Top Chef Tour
The BravoTV Top Chef Tour rolls on. Get ready NYC, May 22 and 23 are your dates. More city dates to be announced – check the site link above. And yes, it’s FREE!

NYC, Veggie Prom 2010
Wouldn’t it be great to have a do-over on you “prom”…veggie style?! Well now you can! The creators of the awesome Veggie Cook-Off Series Veggie Conquest are bringing you a super cool event called Veggie Prom. And they promise it will be better than the one you are trying to forget from high school. Here’s why…
*There’s a bar!
*There’s super cool DJ’s spinning prom-esque music al night long.
*FREE Vegan treats galore.
*Go stag without guilt.
*It’s in Brooklyn – not your hs gym…
*You can even nominate a Veggie Prom King n Queen. (And if you want to nominate me, go for it, wink wink)
Buy Tickets Online at link above – before they sell out – $10 pre-paid/$15 at door

HOT PLATE(S) PIC of the week: Soy Frapp from Starbucks
For the first time in 10+ years, I got to sip on a SOY VEGAN Frappuccino. Even my kitty was amazed… 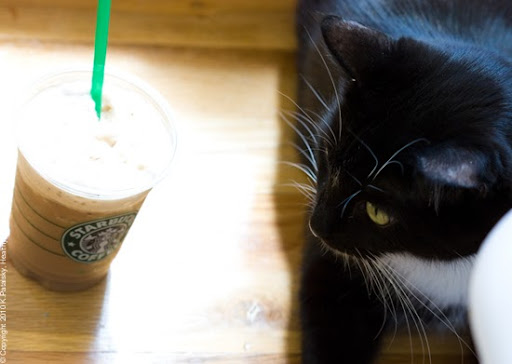 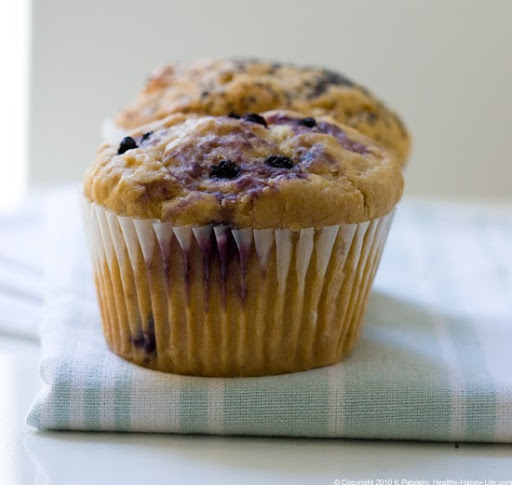