I’m super excited to be launching a new blog feature called Hot Plate Mondays! My Hot Plate posts will be your eyes, ears and taste buds of the foodie world. I skip to the front of the line, so you don’t have to. Features include:
*Dining, Food and Health NEWS
*Foodie TRENDS
*Veg/Foodie EVENTS
*QUOTE of the week
*HOT PLATE PIC of the Week

..all with an emphasis on all things green, vegan, fun, smart and fabulous, of course.

QUOTE of the week

“I believe the future is vegetables and fruits. They are so much more sexier than a piece of chicken… Let’s compare a chicken breast, the best chicken breast from the best farm with a beautiful pineapple. Cut the pineapple, already the aromas are inundating the entire kitchen. Acidity. Sour after notes, touches of passion fruit.”

…”I love meat too but only once in a while. You get a piece of meat and you put it in your mouth, you chew, the first five seconds, all the juices flow around your mouth, they’re gone, and then you are 20 more seconds chewing something that is tasteless at this point. Something like this doesn’t happen with a pineapple, an asparagus, or a green pea.” –Chef Jose Andres on 60 Minutes, interviewed by Anderson Cooper. Video on Eater.com

Naked Chef’ Jamie Oliver Praises Fine Food of … McDonald’s?
Jamie Oliver says that McDonald’s in the UK is ‘better’ than in the US. But trends show that more and more Brits are picking up some bad eating habits that are classic American: like oversized portions and eating on the go.

Bittman’s Slogging! Online Relaunch – MarkBittman.com
Mark Bittman sent out an email today announcing the relaunch of his blog, er salon,…actually he calls it a SLOG. That quirky Bittman, he always keeps us guessing (if he’s on the vegan bandwagon or not!) By the looks of some of his recipes, I’d guess not. But I love him anyways. And I look forward to reading his slog, if not just so I can say the phrase, “What’s Bittman slogging about now?”

Oil Spill Animals in Peril Photos
The Huffington Post has a heart-wrenching article with photos featuring some of the most helpless oil spill victims – the animals. So incredibly sad.

Reusable Straws Anyone?
You don’t use plastic forks and spoons, right? So why plastic straws? Why not upgrade your bevie and smoothie sippers to high quality glass or stainless steel. I’ve even spotted some of the trendiest NYC bars and restaurants that have already snapped up the reusable straw trend.

Soy Spreads Far and Wide…and to the Starbucks Blender.
Soy Frapps at Starbucks? Bring on the Heat! I tried it today! Soy Frapps this summer…bring on the heatwave!

Carbon Neutral Dining Takes Over the World: NY Times Diner’s Journal, Otarian
The new NYC carbon neutral fast food chain appears to be…well, taking over the world as it launches new cafes across the globe. But will foodies latch onto the idea of a carbon neutral veggie burger? Aren’t the veggie burger eaters already doing their part without having to dine at a special veggie burger uber-green spot? Is teir green ‘gimmick’ paired with a big celeb-filled (Well, an Olsen twin and a few others) opening enough to give this restaurant legs? Well, I’m writing about it aren’t I.. I’ll be doing my own taste test in the future, but for now, check out what the Time’s Journal had to say about Otarian as they interview Radhika Oswal of Otarian.

Is Coffee the new Wine? Gawker Asks…
A $12 cup of coffee at Grumpy Cafe in NYC seems to say yes! I don’t think I’d pay that much for a coffee. Wine, yes. Coffee, no. Read what Gawker has to say and weigh in on this highly caffeinated trend.

Beauty Queen Davina Reeves is Vegan. Yeah. that’s about right…
Ecorazzi reports that Miss new York is indeed vegan! Not such a shocker that a beautiful and aware young lady would choose veganism as her diet and lifestyle of choice. However, the article hints that Davina isn’t allowed to talk about her vegan diet. Huh? And, wha?! And, sigh… I really hope that’s not entirely true, but either way, way to go Davina!

NYC, Veggie Prom 2010
Wouldn’t it be great to have a do-over on you “prom”…veggie style?! Well now you can! The creators of the awesome Veggie Cook-Off Series Veggie Conquest are bringing you a super cool event called Veggie Prom. And they promise it will be better than the one you are trying to forget from high school. Here’s why…
*There’s a bar!
*There’s super cool DJ’s spinning prom-esque music al night long.
*FREE Vegan treats galore.
*Go stag without guilt.
*It’s in Brooklyn – not your hs gym…
*You can even nominate a Veggie Prom King n Queen. (And if you want to nominate me, go for it, wink wink)
Buy Tickets Online at link above – before they sell out – $10 pre-paid/$15 at door 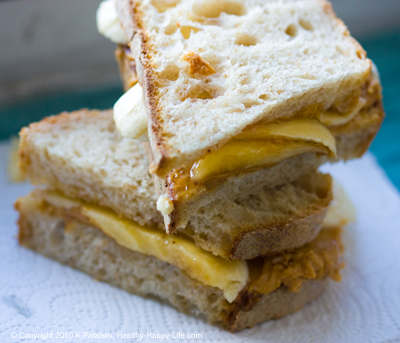