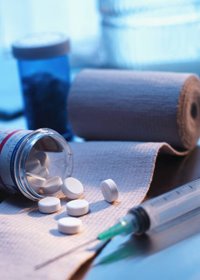 I heard this new study quip in the news last night and had to post it. And yes, this is a very high quality study. No junk science here. In the study, a research team led by Rashmi Sinha, Ph.D., from the National Cancer Institute in Maryland, looked at people aged 50 to 71 who enrolled in the National Institutes of Health-AARP Diet and Health study.
The findings:

“Study of more than 500,000 Americans found that those who consumed 4 ounces of red meat a day were more than 30 percent more likely to die during the ten years they were followed, mostly from heart disease and cancer. Sausage, cold cuts and other processed meats also increased the risk.”

Click ahead to find out what a four ounce serving size means and why BBQ season isn’t looking so “HOT”…..

Four Ounces. One egg is an ounce. (That’s after it’s cooked.) Also an ounce: one slice of lunch meat. That “deck-of-cards” reference you have probably heard from a dietitian? Deck of cards sized meat is about three ounces, which is by USDA standards, one serving.

Four ounces is about the size of a hamburger that will fit in your palm. Most BBQ grill sized burgers are probably around 5 ounces (or more). BBQ season isn’t looking so “fun-in-the-sun” now is it? Maybe switch up those beef patties for turkey burgers. Or be like me and use portobella tops and specialty veggie burger recipes.

“Bang” for a buck…
So lets say you go to McDonald’s and order a burger off the dollar menu. Or maybe get one of those sausage egg things in the morning for a few bucks. Well that 4 ounce a day quota has already been “banged” out. You are officially a 30%-er. Scary.

Vegan-Self-Esteem
In a world that generally looks down on people who don’t eat red meat, aka the Tony Bourdainers out there who hate “Sauce-on-the-siders” and veg-heads, it’s nice to get a little vegan self-esteem boost. This study makes me feel great about being vegan for so many years and introducing my friends and family to sources of protein and nutrients that are no ‘meat’. But it makes me a little scared for all my friends and family who do eat a lot of red meat. But hopefully they read this study and get a bit of scare-induced-veggie-eating.

My Last Scary Thought
So I know plenty of people who think that 4 ounces of meat is an appetizer portion. Gosh, I wonder what the study results would find for people who eat 8 ounces of red meat a day…or more. 30% scares me already. Also, I would also like to know how this study would be the same or different if all organic/grass-fed beef were used. Since it has been shown to be healthier than traditionally farmed meat.

I love my tofu. Break out the tempeh, tofu or seitan and live a bit longer!