Home » This and That » Recipe: Lemon Peppered California Pasta Salad 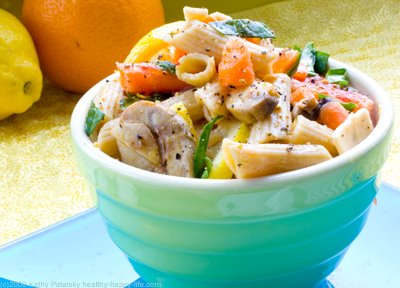 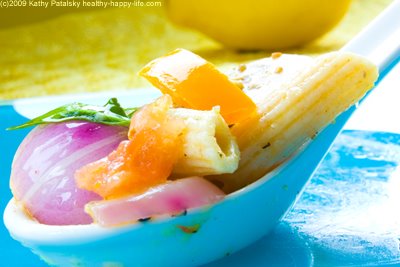 When I was a teenager jetting between tennis practice, jazz choir and drives through Santa Cruz with friends, my mom somehow found a way to keep me well fed during those bits of time I was actually home!
This recipe for Lemon Peppered California Pasta Salad, is one of my favorite recipes she had. The idea is that you make a huge portion (a whole bag of pasta plus veggies) of it at one time and store it in small portion containers for an easy, fast, delicious and ultra healthy meal or mini-meal. 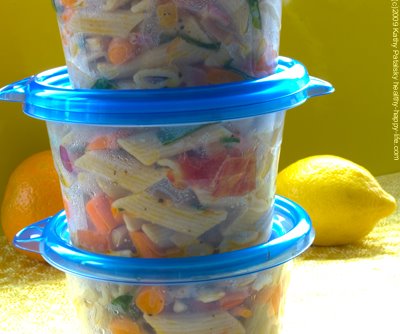 This version of her classic recipe uses a bold burst of citrus infusions including lemon and blood orange. This dish gets its zing! pop of flavor from the generous amounts of fresh black pepper, apple cider vinegar and a dash of spicy cayenne.

This pasta dish is so light, refreshing and versatile it can be eaten warm or cold, at lunch, dinner or even for breakfast-as I can recall doing as a teenager. Like I described in my post about breakfasts around the globe, Americans need to take a hint from European and Asian cultures and start eating more savory breakfast meals!

Click ahead for the recipe and photos – including preparation photos…. 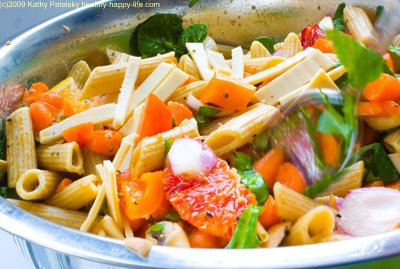 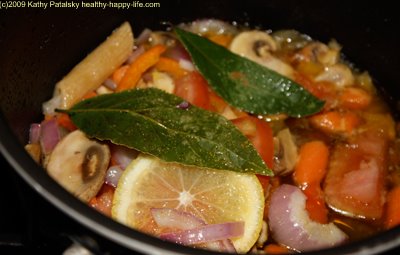 Store pasta in fridge until ready to serve.

Can be served cold or warm.

Top pasta with fresh pepper and a spritz of olive oil upon serving.

Optional: peas, tofu or beans can be added to this dish for extra protein and fiber. 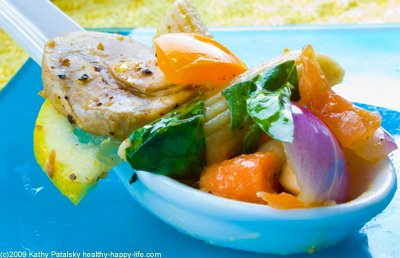 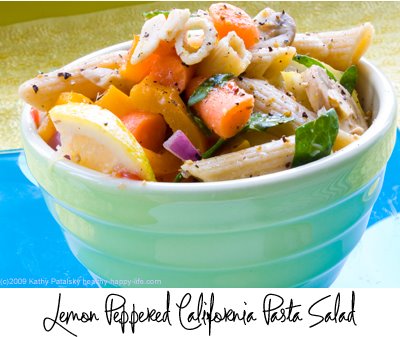