Home » This and That » Nutritional Yeast Flakes. Hate -> Love! 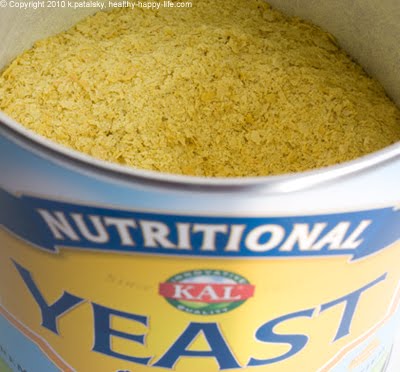 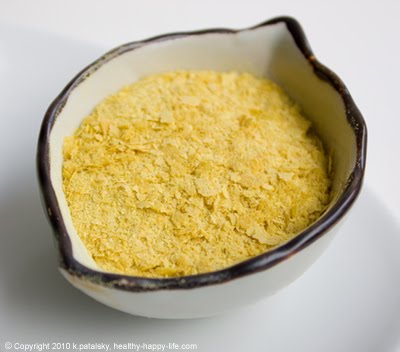 Where to Find Nutritional Yeast. It’s 8pm on a tired Thursday. I am wandering the aisles of Whole Foods Market with my poor husband in tow, an over-filled, incredibly heavy hand cart strapped to his wrists. “It has to be here!” I mumbled to myself as I wandered down every aisle – on a mission. A mission to find nutritional yeast.

There were about five or so brands – large canister containers. I settled on the Kal Nutrition brand of Nutritional Yeast Flakes. I chose that brand because it had a few added in vitamins like B12 and folic acid. Yay! I was so excited to find it because I had been looking for it (although not so-proactively until now) for a few months. I smiled widely at my hubby, “Isn’t this exciting?!” He wasn’t as excited as me, but that’s OK. So off to the checkout stand we went.

Cut to five years later, when I tried THIS nutritional yeast in a pasta recipe and love, love, loved it! One sniff from the canister and I knew these flakes were yummy. Nutty, salty aroma. Yum! (FYI – nutri-yeast is very low in sodium) My final stance is that I either bought a very poor brand of nutri-yeast or it simply really was a rancid, gone bad bottle. Odd. Anyways, I’m so thrilled to have resolved my “issues” with nutritional yeast. I was really starting to wonder about my vegan taste buds – since every vegan I know raves about vegan nutri-yeast mac n cheese…FYI I will be posting TWO NEW nutri-yeast mac-n-cheese recipes later tonight – or this weekend! yes! Here is a sneak peek of one of my recipes: 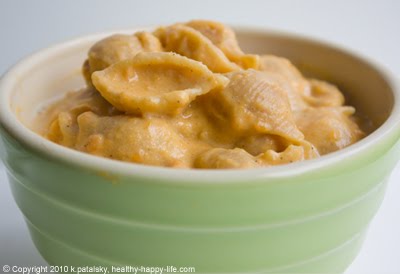 Side Note: The one thing that really spurred me to try nutri-yeast again was the fact that I love Edward and Son’s vegan boxed mac n chreese. It is flavored by nutritional yeast…this was my first inclination to do a do-over taste test.

Now let me convince you why nutritional yeast flakes are so gosh darn healthy!…