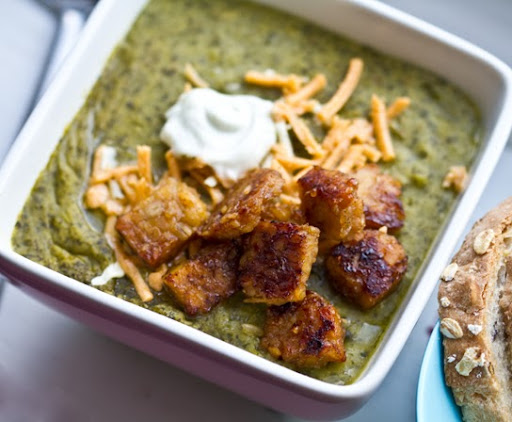 When you are tired and craving soup, this thick and creamy “Ridiculously Easy” Cheddar Potato Soup may be just what you need to warm you up from the inside out. It’s topped with Easy Tempeh “Facon Bits” and a dollop of Vegenaise. And yes, it’s a ridiculously easy recipe (or close enough..)

It was cold and rainy. I was so tired I almost skipped dinner altogether and went straight to bed. Then I came to my senses. Skipping dinner is not an option. So I stared down the pile of potatoes sitting in my fruit bowl and said, “OK potatoes, it’s you and me. And this soup is gonna be easy. Ridiculously so.” And it began.. 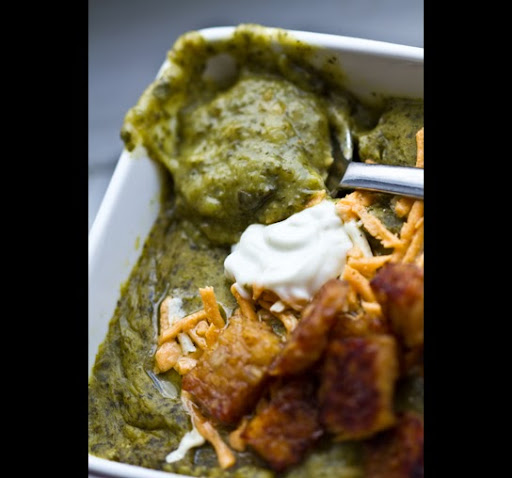 Fact: It’s hard for me to do simple. OK, OK, I really tried guys. I reeeally tried to make this recipe super simple. And it was. For a while. I made it (ridiculously easy) – tasted it and loved it. Easy.

..but then I started adding in more stuff. As I usually do. I’m an ingredient addict when it comes to soup and I keep adding and adding and adding ingredients to further complicate the flavor. Beans, nutritional yeast, some potato flakes to thicken, a spoonful of Vegenaise – I couldn’t help myself. But in the end, both soup versions were delish.

So really there are two soup recipes here. The one you came for, aka the ridiculously easy recipe, and a more complex recipe with a few other flavor accents. Both are steamy-bowl, side of crusty-bread, topped with tempeh-“facon” bits awesomeness. 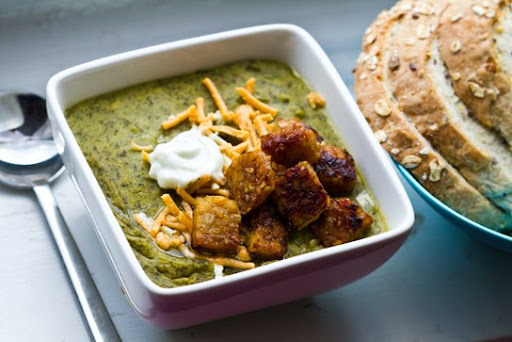 1. Start on your soup by prepping all the potatoes. Toss them into your pot along with most your required ingredients. Leave out all optional ingredients and also the spinach and cheddar cheese.

2. Bring your soup to a boil, reduce to med-high and half-cover with lid. Simmer until all the potatoes are tender.

3. Add in the spinach. And remove the bay leaves. If you are adding in any optional ingredients (like the beans) – do it now. Then with an immersion bender, puree the soup until creamy. You can also use a high speed blender with caution. You can redeposit the bay leaves in the soup after you blend.

4. Now that your soup is creamy, you can add in the cheese. Simmer on low until ready to serve.

5. To make your tempeh facon bits simply toss the tempeh bits in the ingredients and saute on high for a few minutes – until brown and crispy around the edges. Garnish over top vegan cheddar cheese and Vegenaise to serve your hot soup!

Hope that was easy enough guys! I tried.. 🙂 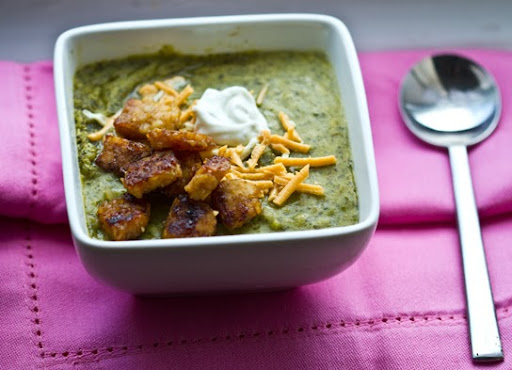 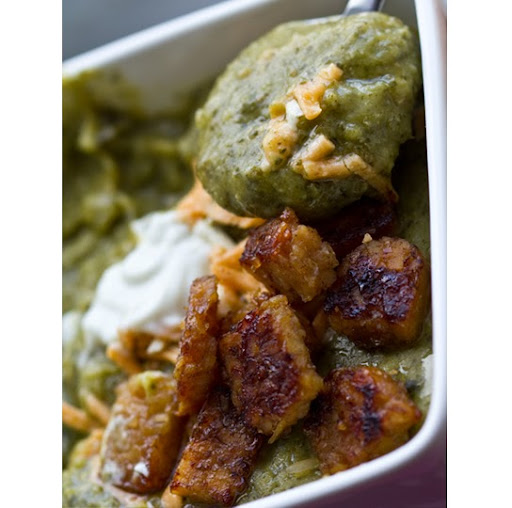 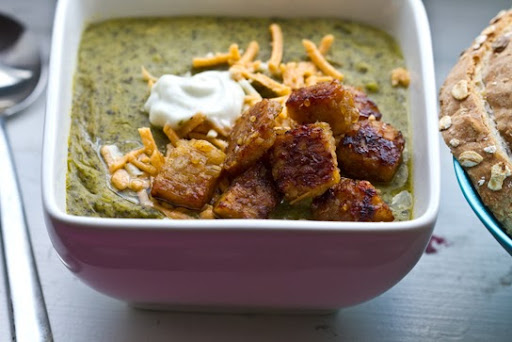 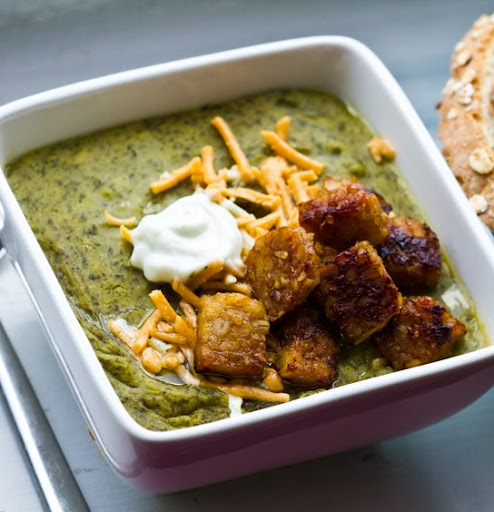