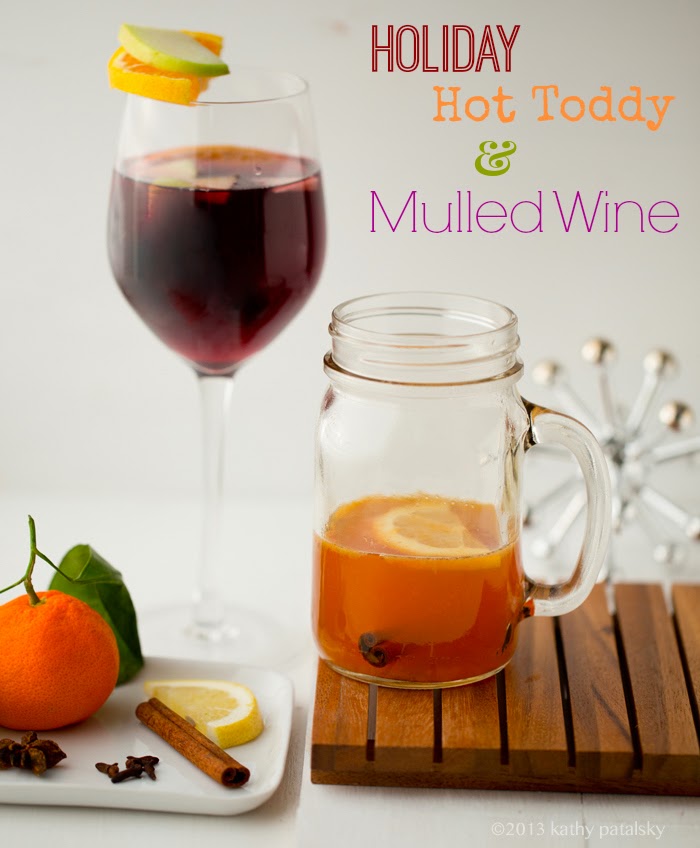 My two favorite seasonal sips of the alcohol-infused variety? Mulled Wine and my Spicy Lemon Hot Toddy! Get both recipes, and warm up tonight!..

A few basic mulling ingredients and you are good to go. Whole cloves, cinnamon sticks and star of anise.. 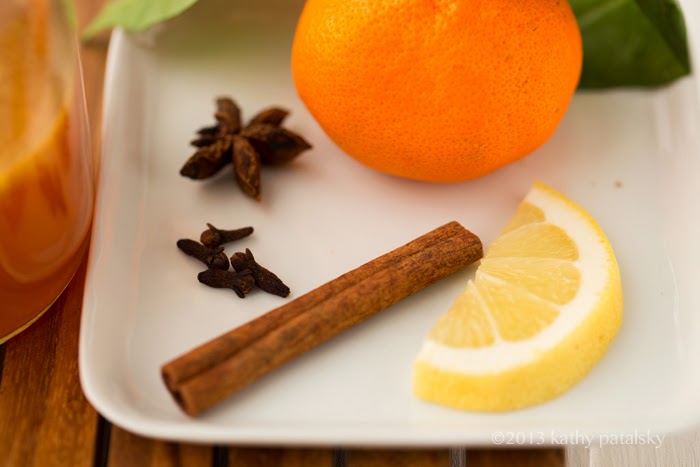 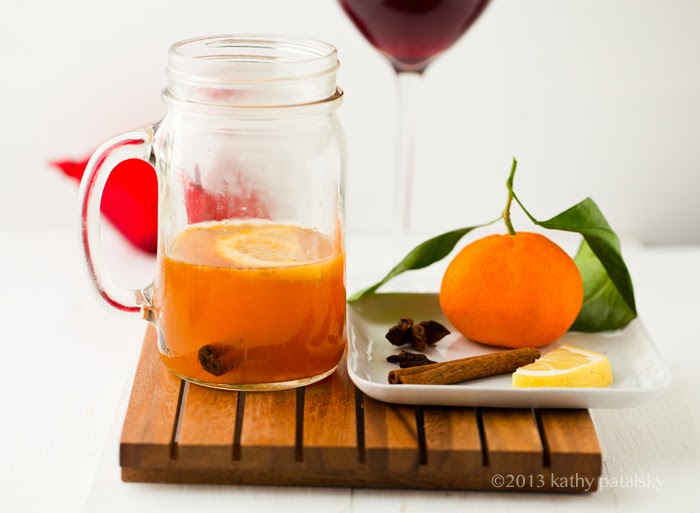 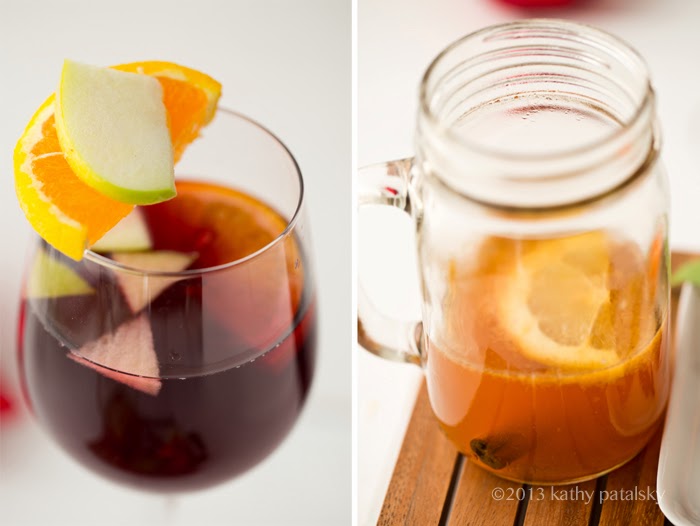 I had heard of “Mulled Wine” before. But it wasn’t until I really started thinking about the actual concept of this seasonal sip last week that I felt the immediate need to research and try this out for myself. Warm sangria? Sign me up!

I read a few blogs on mulled wine, like this one by DomesticateME, and I fell in love with all the tales of sipping mulled wine in a cozy Parisian cafe during the holidays as snow fell on the champs de elysees outside. Yes please. So I tried it and loved it. My first try at Mulled Wine, I just winged the recipe and had success. The concept is pretty easy, and there is no need for perfection in your recipe, if you have whole cloves, cinnamon, star of anise and some sort of fruity accents you are good to go.

This Mulled Wine recipe compliments my other seasonal favorite: a Hot Toddy! A warmed sip infused with lemon, brandy, spices and maple.

And ps, if you do not like the “alcohol” part you can simply substitute the wine or brandy with apple cider or more citrus juice. And adjust the sweetener.

After the recipes, cozy up by the fire for a little holiday story...

So. These are my two most favorite warm beverages for the holiday season.

Mulled wine is a spiced delight that reminds me of warm sangria. Apples, citrus, cinnamon, cloves and star of anise.

My Hot Toddy is bright and tangy with brandy, maple, lemon, orange, cinnamon, cloves, star of anise and some ginger or black tea to finish things off.

Warm up to one tonight!

Directions: Simmer all ingredients in a sauce pot on the stove for about 15 minutes. Serve warm.

1 tea bag, I like black tea when i do not mind the caffeine or ginger or chamomile tea when this is an evening sip
16 ounces water
2 shots brandy or cognac
2 tablespoon maple syrup, grade B
2 small lemons or 1 large, juiced + pinch of lemon zest
½ teaspoon fresh ginger, grated
pinch of cayenne
3-4 cloves
1 star of anise
1 cinnamon stick
optional: for a sweeter citrus sip, substitute half the water with fresh orange juice or apple cider (you may want to lessen the maple syrup if you do this, depending on how sweet you’d like it).

Directions: Simmer in a sauce pot on the stove for 10-5 minutes. Serve by pouring through a mesh strainer. 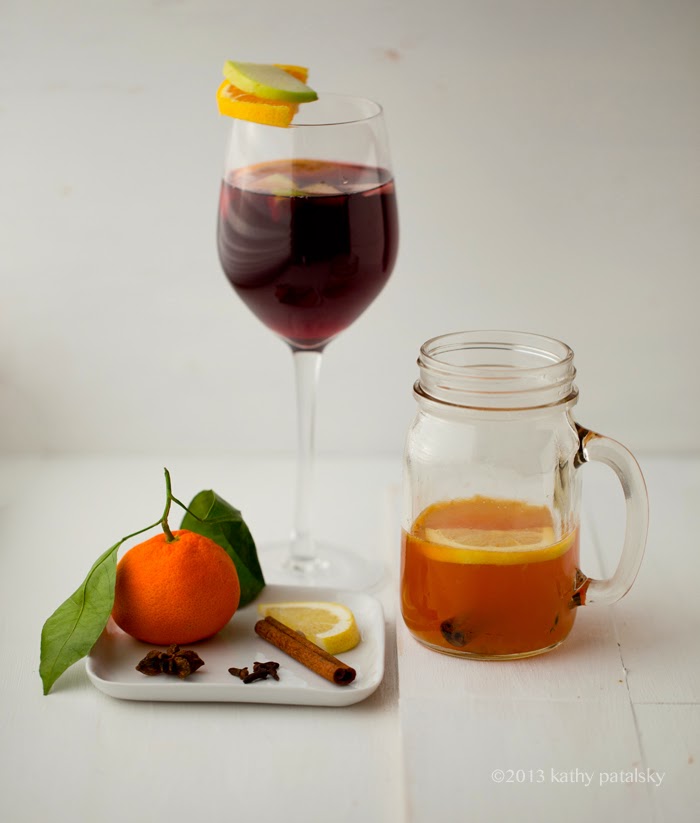 Now that you have a cozy sip in hand, a little story by the virtual roaring fireplace..

I have a funny story. A cinnamon stick story. Feel free to use it at holiday parties if you’d like. It is a quickie, kinda really silly and simple, but I love it.

A few years ago I spent all afternoon in the kitchen baking up a luscious batch of holiday season vegan cinnamon rolls. It was a frosty December weekend day so my husband was in the other room eagerly awaiting his taste test. So once the rolls were frosted and fluffy, I loaded one of the warm steamy rolls onto a plate. I was trying to be all crafty and elegant, so I grated some fresh cinnamon over top and left the cinnamon stick on the side of the plate as a garnish.

I glided into the living room holding the roll high in the air as if it were a .. well, as if it were a freshly baked cinnamon roll! I think all freshly baked cinnamon rolls deserve a proud entrance to a room. I presented the roll to my husband and he smiled wide as he dove in fork first. I glided (yes I always glide when I bake cinnamon rolls), glided back into the kitchen and grabbed myself a roll, plopped it on a plate, grabbed a shiny fork and floated back to devour my roll as well. But just as I entered the living room, this was in like slow motion now, I spotted my husband picking up the cinnamon stick and sticking it right in the side of his mouth and in one big chomp, he bit down on the cinnamon stick. The rock hard tree bark swirl must have confused him because he, again, bit down on the stick. My eyes were just about to pop out of my head as I froze in amazement watching him try to eat the cinnamon stick garnish. Finally I unlocked my gaze and shouted, “Hunny! Don’t eat that!”

He paused, looked at me with a blank stare and then back at the mangled, cinnamon stick

“You didn’t swallow that did you?!” I asked.

“Um, no.” He said spitting out a few shards of bark.

“That darling is a cinnamon stick. Garnish. You don’t eat that.” I spoke in my ‘talking to kids’ voice. He finally came out of his blank stare and realized what he did. After much interrogation on my part as to why he would bite into a cinnamon stick, he eloquently reasoned that he thought the cinnamon stick was one of those chocolate twirl garnishes that you find on top of desserts at fancy restaurants. Ok, ok, I can buy that.

The scene ended with me in a ball on the floor, rolling around in laughter.

I remembered this story yesterday when I served him a glass of mulled wine with a cinnamon stick garnish. He laughed to me, “I do not eat this, right?” 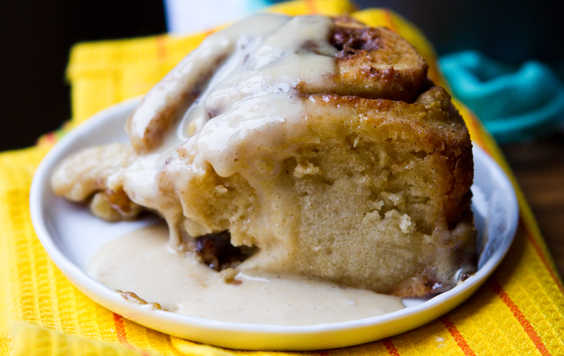 Also watch out for a cinnamon stick to garnish Mrs Claus’s Sip: 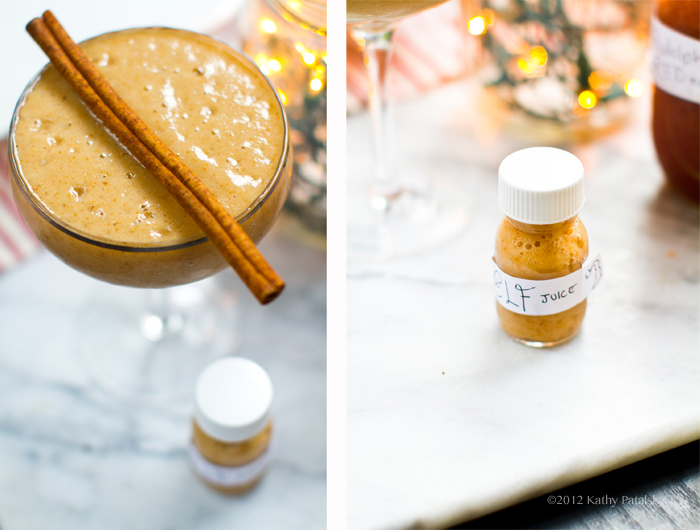