Home » This and That » Spiced Winter Citrus Apple-Pear Bread 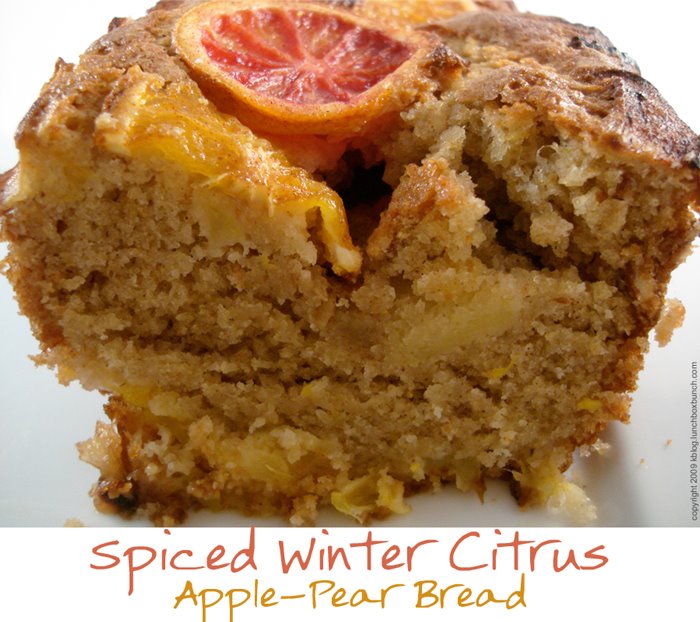 Inspired by a seasonal smorgasbord of winter citrus, this recipe combines the bold zingy flavors of blood oranges with the mellow sweet flavors of canned Bartlett pear halves and peeled apples. The spices include cinnamon, spicy cayenne and even a topping on caramelized cinnamon sugar.

This bread makes an excellent morning tea bread or after dinner dessert cake. It is incredibly easy to make. You won’t believe the complex flavors in this creation.

The vegan recipe after the jump….

In a large mixing bowl combine:

Design/Garnish on top before baking:

Add a design of leftover fruit slices to top of bread (see photos).

Bake at 400 degrees for 30-40 minutes, or until slightly browned/caramelized/crisp on top.

Store in fridge, or eat in a few days. Can also be stored in freezer.

For a fat-free version: Substitute oil with 1/4 cup applesauce.

For more spice: add more cayenne, cinnamon and even some nutmeg. You can also substitute soy milk for spiced apple cider.

For non-vegan version: uses two eggs instead of applesauce.