Home » This and That » Starbucks New Treats Contain Carmine Color

None of Starbucks new sweet treats like the cake pops (aka, cake on a stick) or whoopie pies are vegan – but did you know that they aren’t even vegetarian?..

If you look closely at the 25+ ingredients list you will see that the new pink or red treats contain carmine as the food coloring. Now if you don’t know what carmine is – well – it’s bugs. Crushed insect shells. Yuck right? Starbucks, what happened?

Just a few years ago Starbucks was on a healthy track with its “Real Food. Simply Delicious” campaign. But now they are toting treats high in saturated fat – with ingredients lists a mile long (most I read are 25+ ingredients). Nothing simple or delicious about that. But the bugs really get to me. And the worst part is the tiny quip I saw right on Starbucks website. (see below) So the question of the day is:

Dear Starbucks, what’s up with your wishy washy branding?

Red Treats. The worst part about Starbucks choice of food coloring is that they obviously very well know that they could easily use beets! 100% vegetarian beets! But for some crazy reason they chose bugs – and even crazier, they seem to be proud of that. See..

I found this quip on the Starbucks whoopie Pie page..

“Did you know
While foods were rationed during World War II, bakers used boiled beets to enhance the color of their cakes. Boiled grated beets or beet baby food are found in some red velvet cake recipes (but not ours!).” – Starbucks page (screenshot below with ingredients list) 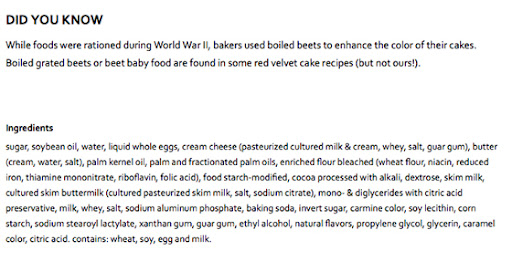 ..“but not ours??” Exclamation point? Really Starbucks? And what would be so bad about beets? Have you tasted beets? They are sweet! And pack a huge amount of coloring in every touch – my beet red stained hands after juicing beets are proof of that.

So a warning to vegetarians – steer clear of Starbucks red and pink treats. Unless you don’t mind eating insect shells.

In closing – Dear Starbucks, I know your brand isn’t “health food” but if you want to be a part of the solution to America’s obesity epidemic (rather than part of the problem) please go back to your healthier path – vegan raw snacks, soy milk, perfect oatmeal, soy Frapps, almond butter (you had it for a while! I miss it!) and fresh fruit. That’s my wish anyways. Anyone else agree?? 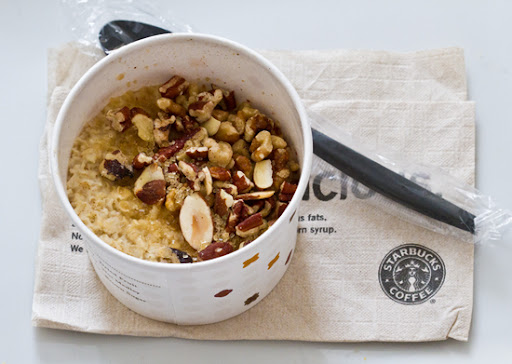 « My Juicing Project.
Why I Love My Vitamix! Plus Smoothie Recipes.. »