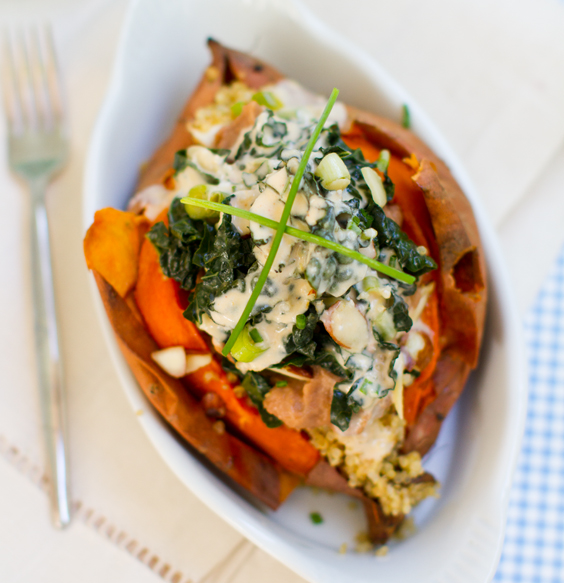 Sweet potatoes are pure bliss to me. Straight from the oven – all steamy, sticky and sweet – I’ll gladly eat them as simple as can be.

Glam it Up. However, a plain sweet potato doesn’t really count as a “meal” – so it usually gets served alongside other meal-type things like leafy salads, hearty veggies, tempeh, tofu, beans, grains. But what if instead of giving it side dish status, we made the potato the centerpiece of mealtime?..

Time to give the luscious baked sweet potato the treatment it deserves..

Two recipes for you: Skinny Style. And Fully Loaded Style. So pop a sweet potato in the oven and stuff it in a flash!.. 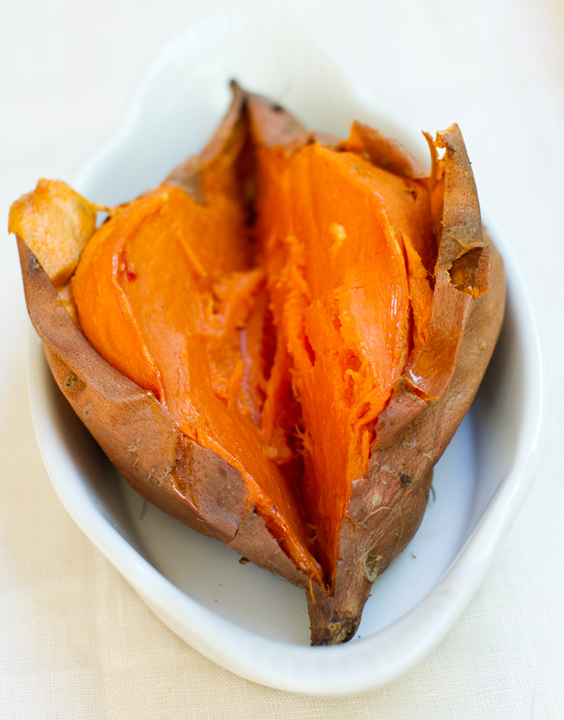 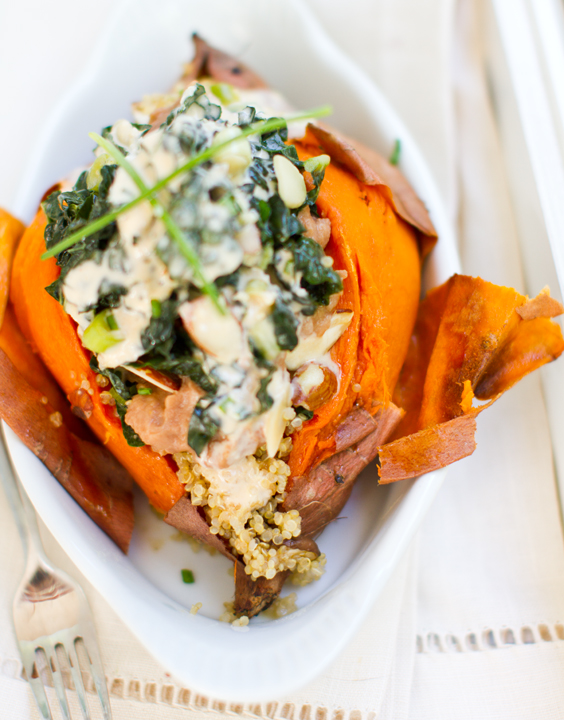 Any shape will work.. 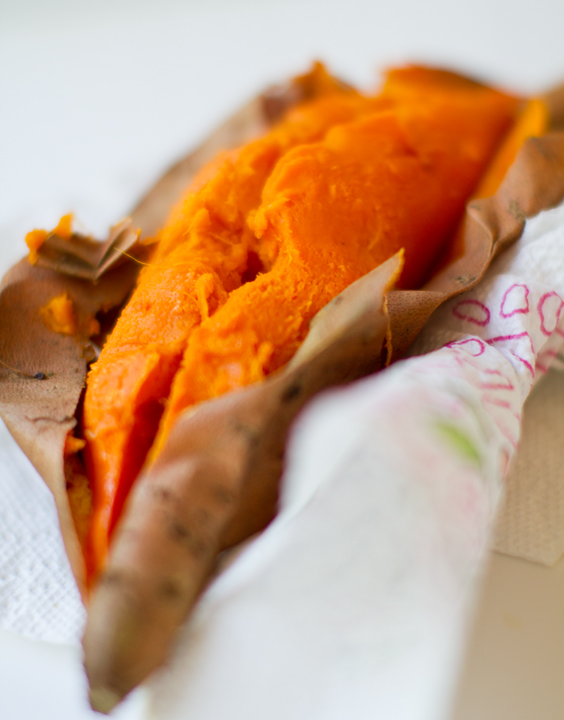 Stuffing or Re-Stuffing a Sweet Potato? Many “stuffed” or “loaded” sweet potato recipes I have seen online call for scooping and re-stuffing the potato flesh (usually after mashing it with some seasonings and accent ingredients or spices). Yummy, yes, but I prefer a more minimalist route.

To me, scooping and re-stuffing them seems unnecessary when that flesh is so darn delish all on its own. So instead, I have chosen to crack those golden babies open and simply load ’em up! No scooping, mashing and re-loading required.

Two recipes for you today: 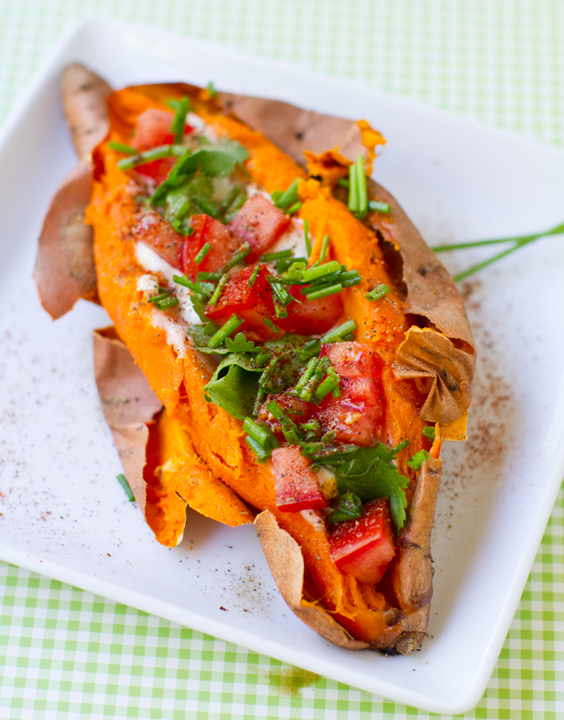 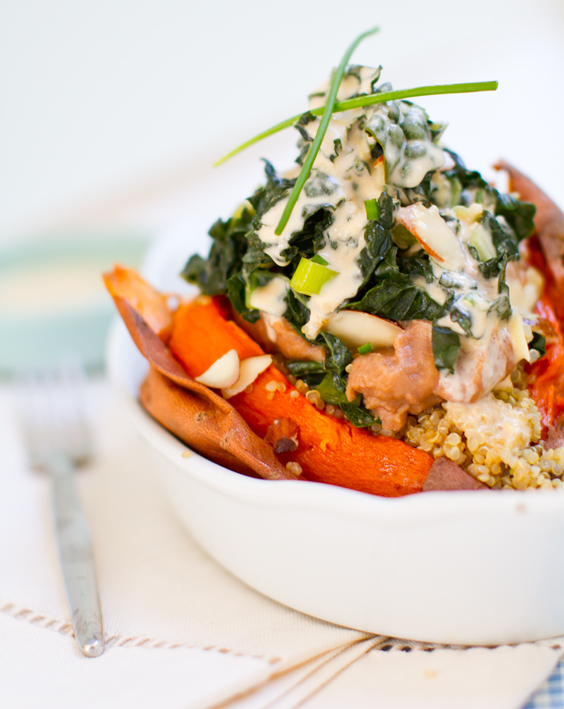 Stuffings.. Today I used (among other fillings).. 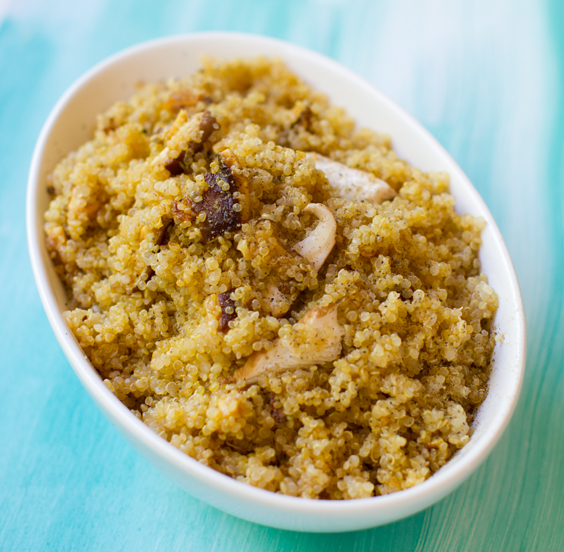 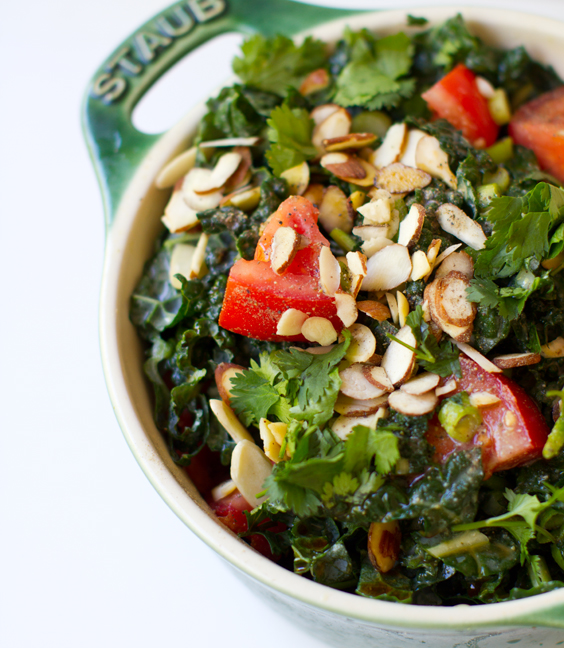 But really, you can stuff sweet potatoes with a very wide array of toppings.. 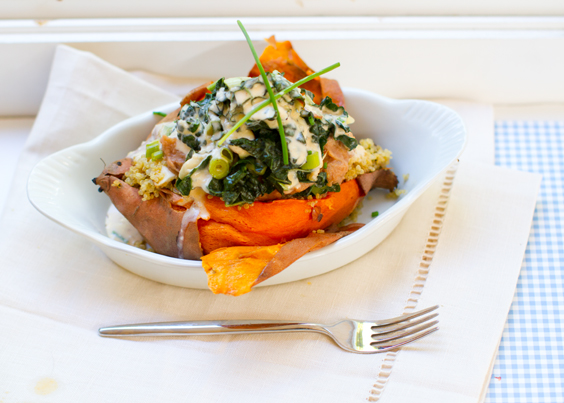 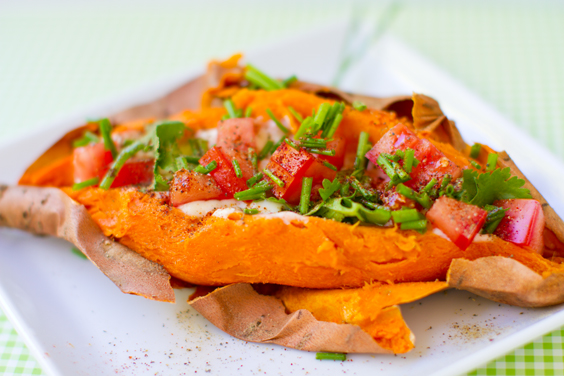 Directions for stuffing potatoes: Simply pile on the toppings! Sticky or heavy items are best layered first. For the loaded potato I did beans, quinoa, salad, dressing, chives/pepper on top. 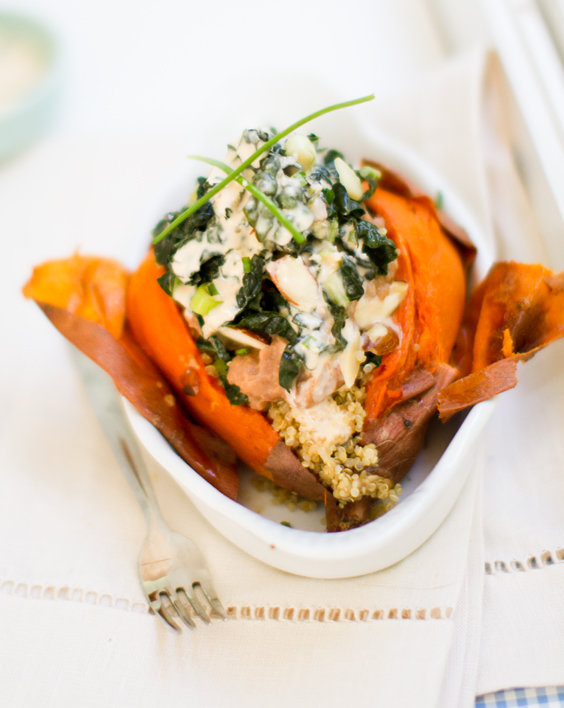 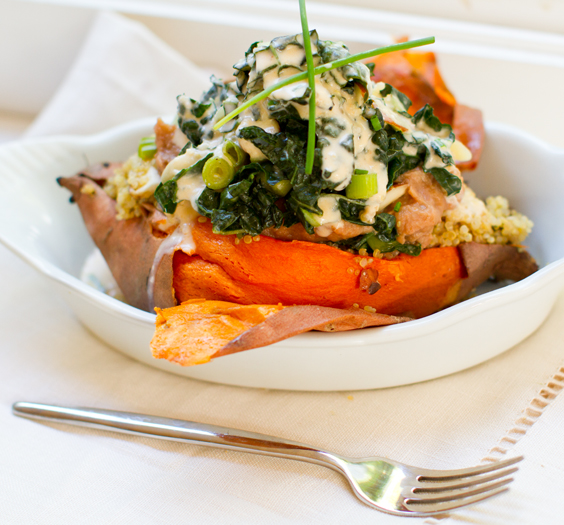 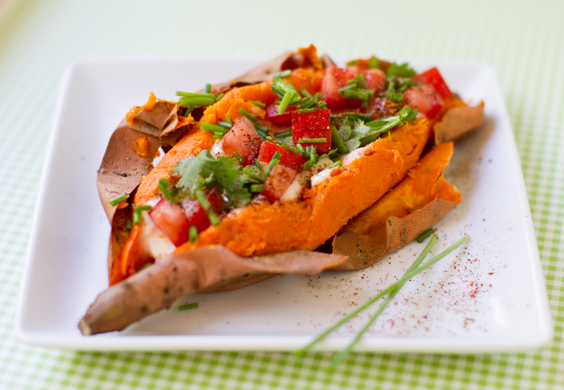