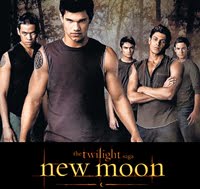 This weekend I saw New Moon, the sequel to the highly popular movie Twilight, starring Robert Pattinson, Kristen Stewart and Taylor Lautner. Taylor Lautner’s New Moon muscles have created quite the stir in the press, among loyal fans and likely most anyone who goes to see the flick will leave asking, “how did he do that?!”

“Meaty” Muscles. I previously posted that Lautner gained nearly 30 pounds of muscle for his on-screen physical transformation from ‘boy’ to ‘buff werewolf’. But with millions of teen fans hanging on every word the Twilight stars Pattinson, Stewart and Lautner have to say, is Taylor’s explanation regarding his transformation sending the wrong message to our already overfed, nutritionally confused teens? Lets break down the nutritional facts about Taylor’s “meat and potatoes” bulk-up diet. A closer look at Lautner’s meaty New Moon muscles…

Side-Note: My New Moon Review. Though its current rating on RottenTomatoes.com is only 29%, I must say I enjoyed the drama-action vampire flick in all its mellow-dramatic, sappy-love-story, evergreen-frolicking, beach side cliffs, vampire-tastic glory. There were definitely a few corny lines that I would’ve removed like “I guess the werewolf is out of the bag!” Ugh. Stop. No cheesy dialogue please. But I did enjoy the Edward/Bella storyline and the metaphoric connection to the timeless tale of “Romeo and Juliet”. Plus the cinematography and artistic direction was cool and captivating just as in the original Twilight movie. But lets get back to Taylor’s muscles…

The Hard Facts. After doing some research about the movie and Taylor’s bulk-up, which isn’t hard because the internet is saturated with New Moon press, I found these facts:

*Taylor was born in 1992, he’s currently 17 years-old. 17 folks.
*Taylor gained about 30 pounds of muscle in 8 months.
*Taylor’s PR statement is that he used a diet rich in “meat, sweet potatoes and almonds” to bulk up his body.
*There was a huge amount of pressure on Taylor to gain his muscular body-enough pressure to possibly get him fired.
*Taylor has always been a highly athletic kid, he used to excel in Martial Arts and participated in a number of MA competitions.
*Taylor allegedly did not use steroids to bulk up, although this is still a topic of gossip.
*Taylor says he had to double his calorie intake to gain the muscle.
*Taylor hit the gym religiously during the bulk-up phase.

The First Controversy. Here is what Taylor has to say about his weight gain:

“[I was] doubling the amount of calorie intake I had before, which was just really tough, eating every two hours,” he explained. “It was the hardest part for sure.”

“Sometimes my trainer, when we were filming — because he was up filming ‘New Moon’ with us — he’d wake me up at six in the morning and be like, ‘Hey, have a protein shake,’ ” Lautner said. “And then I’d go back to sleep for a couple hours.” -Mtv News.

Vegetarian Star seemed to be the only online source I could find to question the health-factor of Taylor’s bulk-up diet (and this is assuming that he was not on any dangerous steroids.):

““Yeah, so I carry around a Baggie and it has meat patties in it,” Lautner told Entertainment Weekly. “The worst is not the patties. It’s the sweet potatoes. They get raw and cold and gushy.”

Taylor’s meat and potatoes habit allowed him to put on 30 pounds, but how many points did he put on his cholesterol?” – VegetarianStar

So I have to ask: is Taylor’s ‘good PR’ answer regarding a meat and potatoes diet sending the wrong message to kids and teens about how to gain muscle healthfully? I say yes. First of all, an important side note to make is that Taylor is a young still-growing teen. He is not a professional adult athlete. The amount of pressure and stress he placed on his body is significant and one has to question the healthiness of such a severe and short-term transformation.

Not the Healthiest Route. Secondly, if Taylor truly wanted to double his protein/calorie intake in the healthiest way possible (something the movie’s producers should’ve urged him to do) he could have used vegan sources of protein like seitan, soy, hemp, nuts and legumes. It is easy to forget that animal products contain heaping amounts of cholesterol, while non-animal products are pretty much cholesterol free. Cholesterol is found in foods that come from animals: cheese, eggs, meat, milk. One 5 oz. scoop (the smallest size possible) of Cold Stone Creamery’s French Vanilla ice cream contains 118mg cholesterol. That’s 39% your RDA in one scoop. The 12 oz. “Gotta Have it” sized scoop contains 275mg of cholesterol, that’s 92% your RDA. Taylor says he ate “meat patties”. So if you look at one Wendy’s classic single hamburger with cheese contains 90mg of cholesterol, that’s 30% your RDA of cholesterol, in one burger. That is from around 500 calories. If Taylor was truly downing ‘meat patties’ as he claimed, that could’ve been a lot of excess cholesterol into his young healthy body. Lets do some math:

That’s 13,125 extra calories a month (and that doesn’t include the basic increase in calories he would’ve burned off during his intensive new exercise routine.) His high level of activity, teenage boy metabolism alone could’ve been burning up to 4,000+ calories a day (estimate based on height/weight/age/activity). But just factoring in his ‘muscle gained’ lets say he ate 13,125 calories in hamburgers a month. That’s 26 extra Wendy’s with cheese hamburgers. Around 2400mg of cholesterol a month. Now just imagine: if he had chosen hemp/seitan/soy/veggie protein and vegan foods instead his total cholesterol intake would’ve been about zero. Heck, even tofu that has been fried in veggie oil has zero cholesterol compared to the 90mg in a hamburgers (30% RDA). The Lesson: a vegan increased-protein/calorie diet is much healthier than Taylor’s “meat and potatoes” diet.

The Second Controversy revolves around what Taylor is simply saying regarding his diet plan. He says he ‘doubled his calorie intake’. For the average teen, this message could be incredibly harmful. Right now obesity rates are soaring in our country as millions of teens eat too much and don’t move enough. However, the ‘don’t move enough’ part of the equation has actually not changed that much in the past 15 years. TIME Magazine recently reported a recent study that found that “lack of exercise” wasn’t necessarily to blame for the soaring weights of teens:

“The percentage of ninth- through 12th-graders getting adequate levels of moderate physical activity — exercise such as slow bicycling, fast walking or pushing a lawn mower, which did not make participants break a sweat — also changed very little, from 26.7% in 1999 to 26.5% in 2005, the latest year for which the data was available. Yet obesity rates continued to rise.”

Thus, ‘too much food’, must be to blame for the rising teen weights. Thus, Taylor’s message of ‘doubling his food intake’ could send the wrong message to our already overfed teens. Especially boys looking for a seemingly easy way to bulk up in their teenage years. Eat more, gain muscle? Sounds pretty tempting if you don’t have all the work-your-butt-off-in-the-gym facts.

So I wish the New Moon “PR” folks had told Taylor to focus on his exercise regimen, rather than his ‘eat more, gain muscle’ sound bytes that are being echoed all over the media.

Bigger Picture. Another side note: did anyone notice the Burger King product placement in the movie theater scene? A nice unopened, navy blue BK to-go bag was seated next to Taylor on a trash can. Lovely. And I’m sure the American meat companies are just ‘loving it’, this whole press hoopla: “Meat in baggies” to gain muscle. If Taylor were a fifty year-old man, this diet regimen would sound like a heart-attack waiting to happen to me. Am I being dramatic? With the CDC reporting that heart attacks are the leading cause of death in the US among both men and women, I don’t think I’m being dramatic at all. High cholesterol intake (aka an animal product heavy diet) is a known cause of increased stress on your circulatory system.

I’ll leave you with a few heart disease facts from the CDC:
*Heart disease is the leading cause of death for both women and men in the United States.

*Risk factors for heart disease among adults (for years 2003–2004 unless noted, age-adjusted):

*Studies among people with heart disease have shown that lowering high blood cholesterol and high blood pressure can reduce the risk of dying of heart disease, having a nonfatal heart attack, and needing heart bypass surgery or angioplasty. 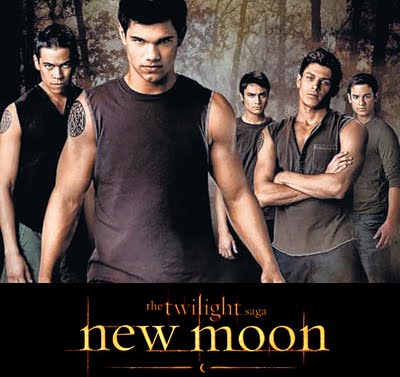