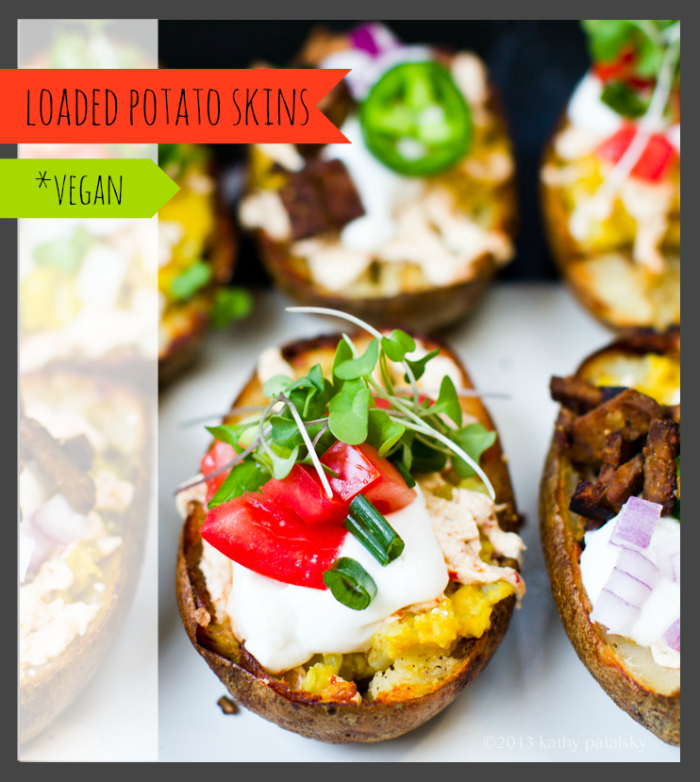 Why oh why have I never made Vegan Potato Skins before??? These party-tastic oval bites were super easy to make and oh-my-goodness amazing. Load up a platter of potato skins for game day, your next party or just because you crave them! (These bites are easy to crave once you have tasted them.)

Potato. Skins. Super crispy, buttery potato skins cradle creamy, cheezy-mashed potato filling with bubbly melted vegan pepperjack cheese shreds scattered on top. Piled on top of that cheezy bliss: vegan sour cream, vegan tempeh bacon bits and a colorful array of freshly chopped veggies including green onion, chives, red onion, tomato and jalapeno. Some micro kale on there too, to boost the green goodness. Plus I have a few more steps along the way to make sure your potato skins are the best ever!!..

It’s like this: Cheesy Potato Skins a la VINE video.

Some spicy jalapeno + smoky tempeh bacon bits top creamy non-dairy sour cream. (A dollop of guac would be awesome too!) 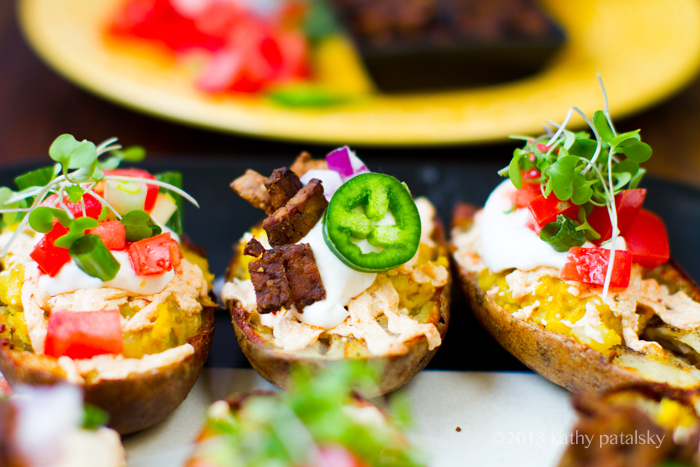 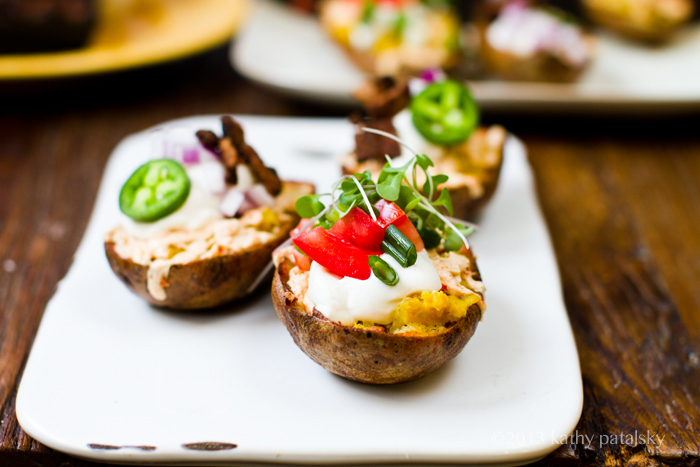 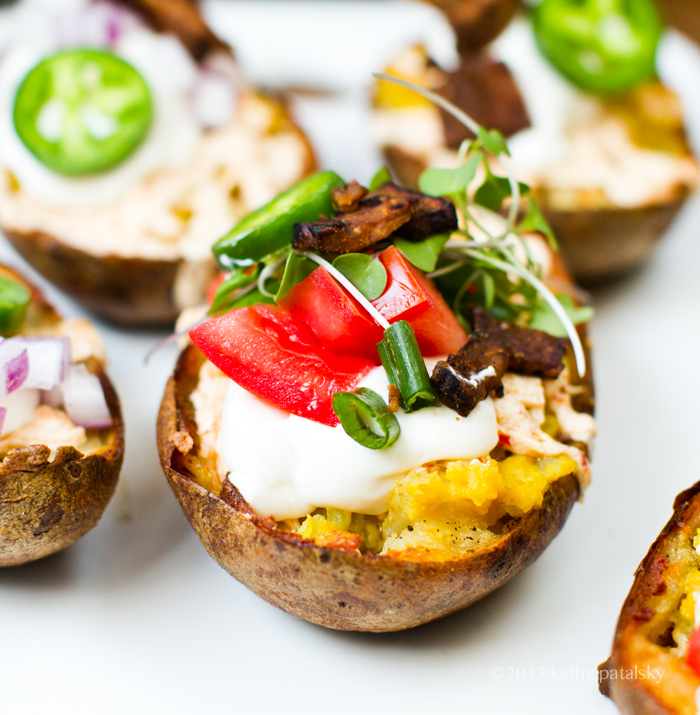 Potato Skin Shopping Trip. Head over to Whole Foods or another vegan-food friendly grocery store and pick up a few plant-based products: vegan butter (Earth Balance) vegan cheese shreds (try Daiya!) and some vegan sour cream. You might also want to pick up some chilled tempeh bacon (or make it yourself with my recipe.) Then snag tons of veggie toppings and of course plenty of potatoes! 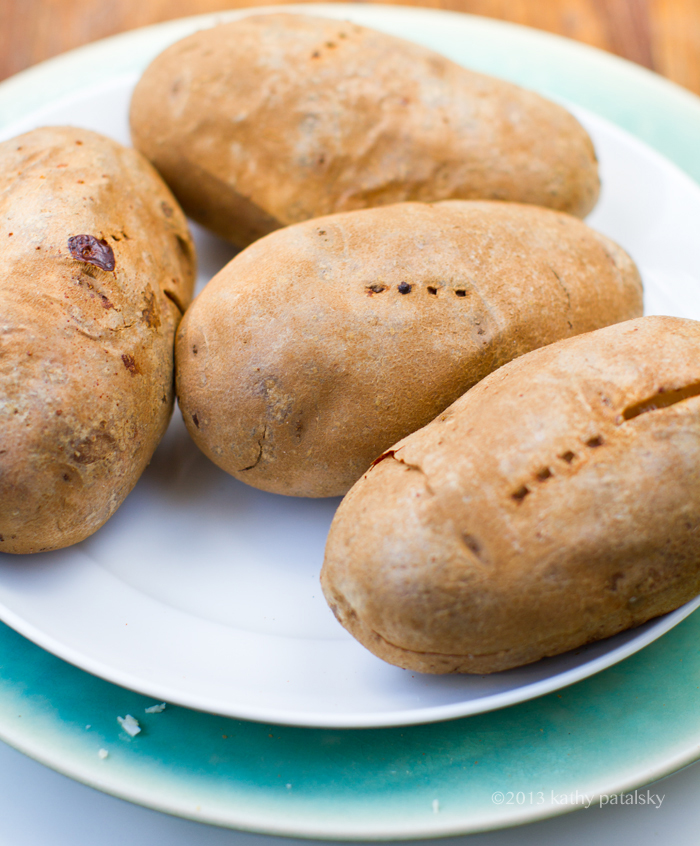 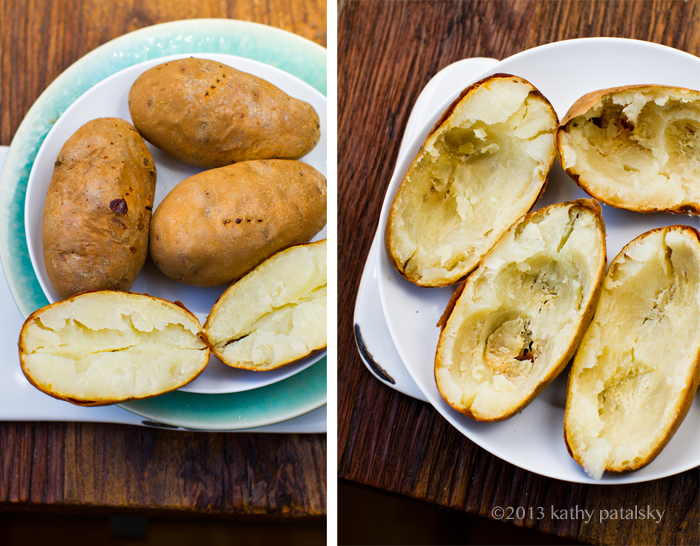 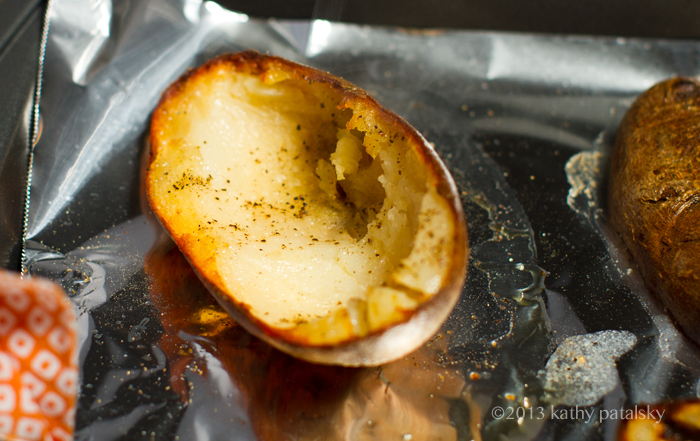 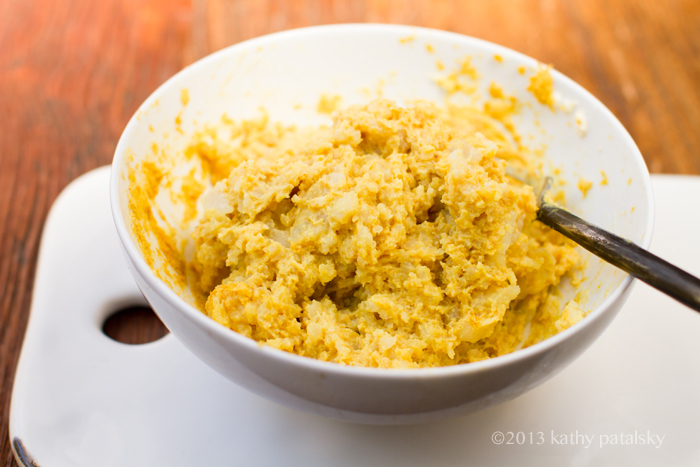 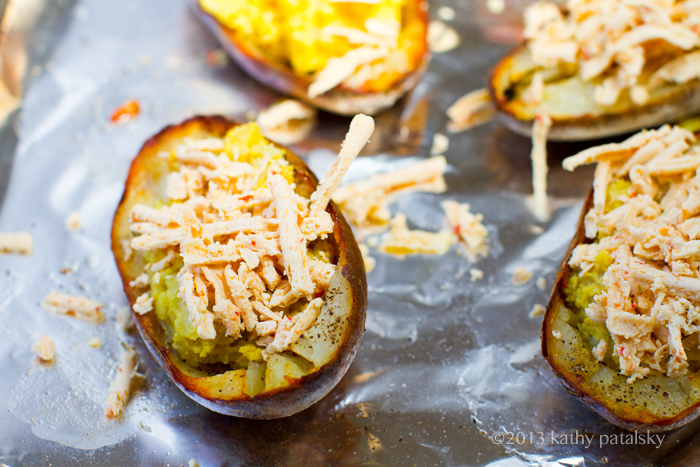 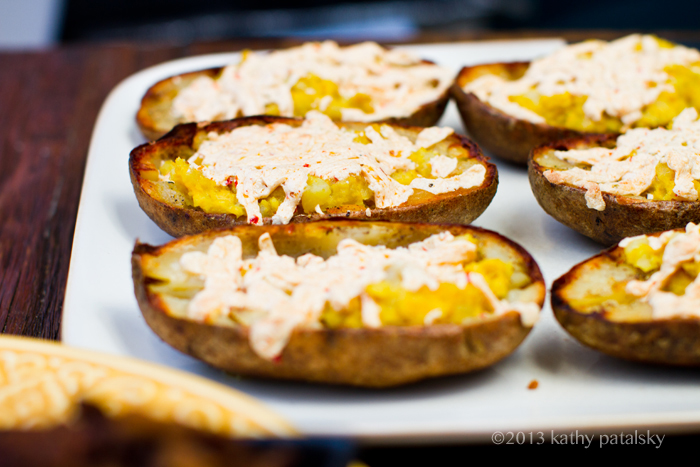 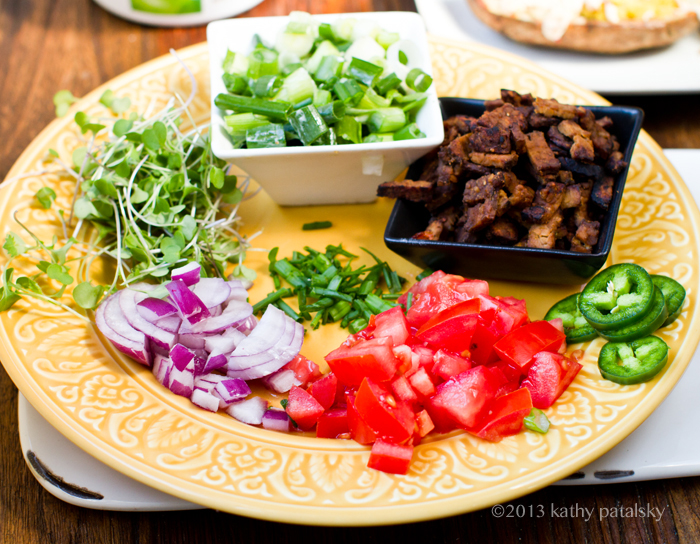 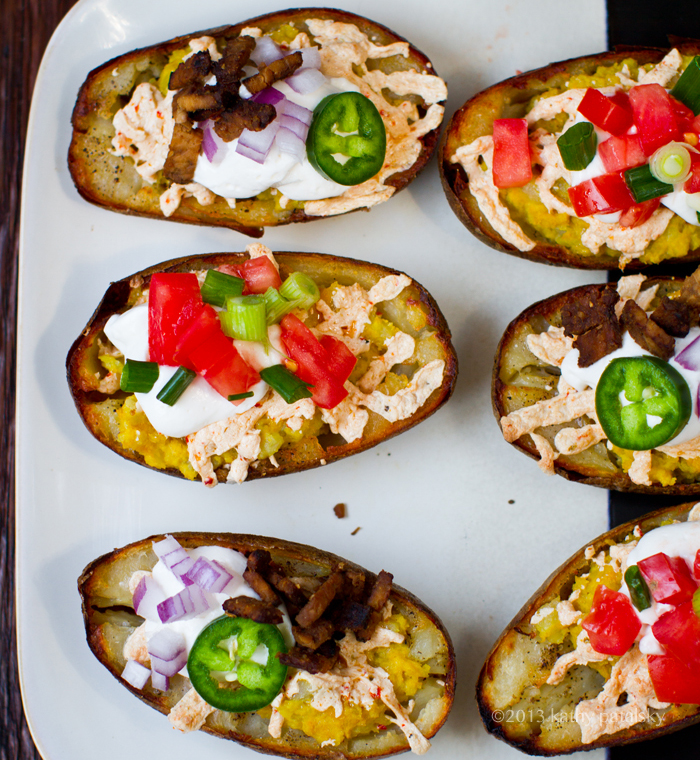 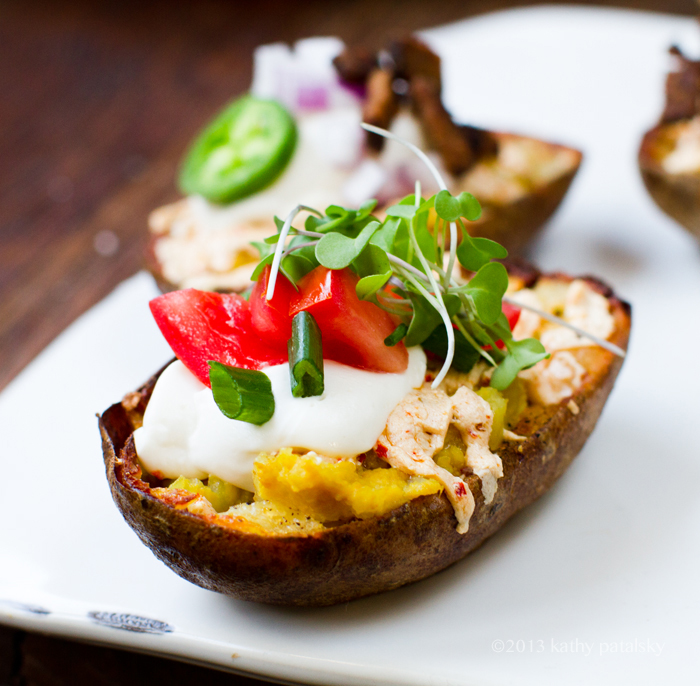 The best part about potato skins is that hot meets cold flavor sensation. When the steamy hot potato and sizzling melted cheese meets the cool. creamy sour cream and crisp veggie toppings. So serve these taters right after you make them for the most enjoyable potato skin experience. 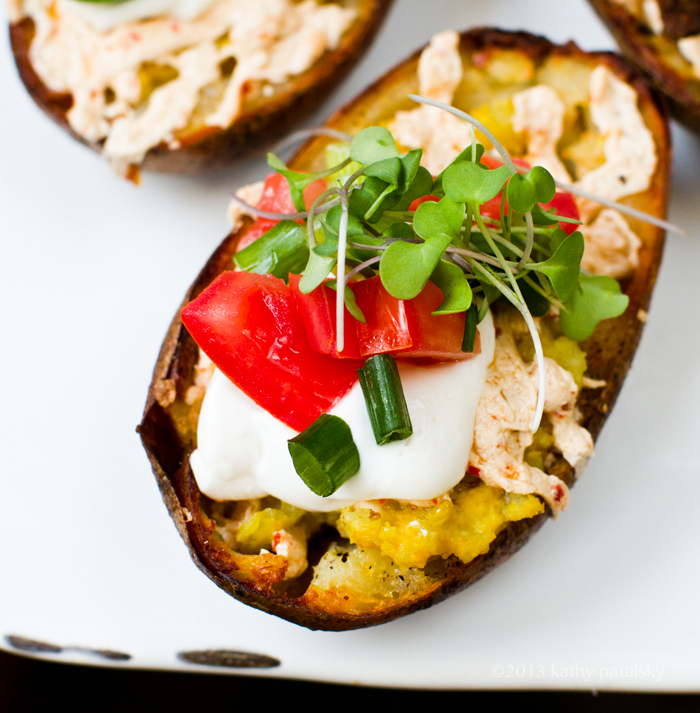 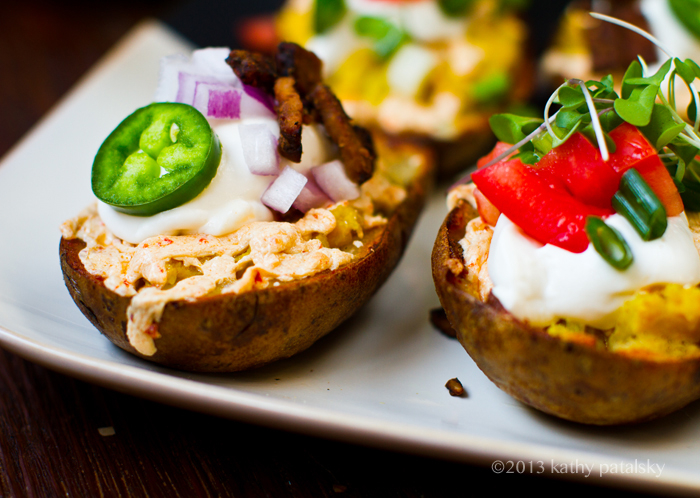 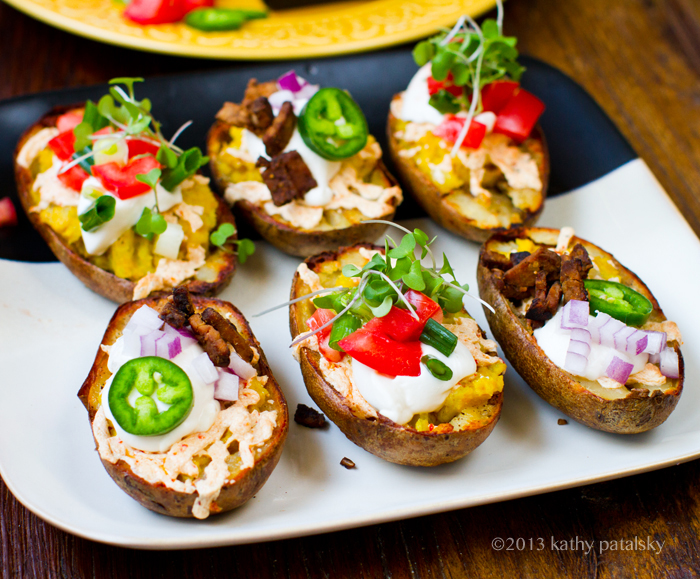