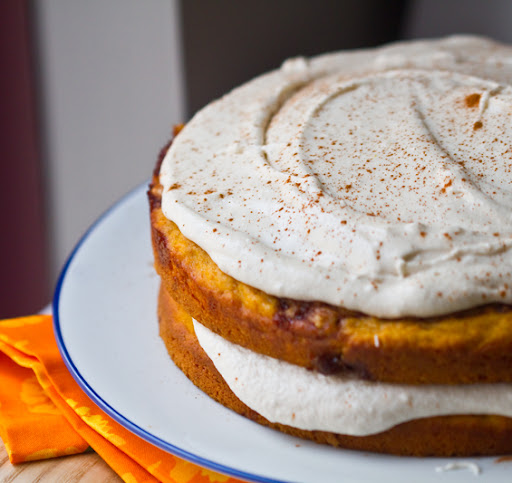 A little taste of fall in July is fine by me when the I’m biting into a fluffy, cream-cheese frosted, spice-infused vegan “cinnamon bun” cake! 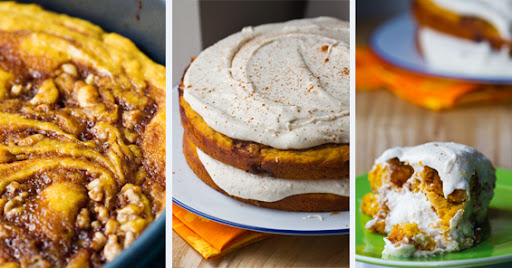 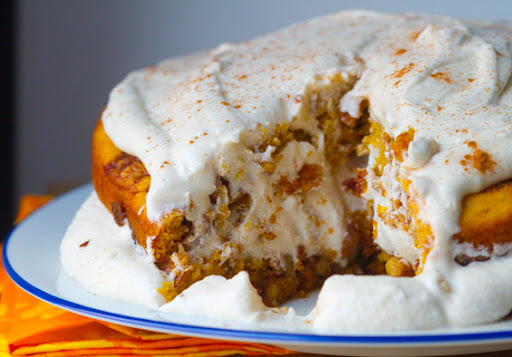 Note: My cakes were still warm when I frosted – that’s why the frosting has a slightly “melted” effect. For no melting – cool cakes completely. But delicious either way!

Pumpkin in July. I had a rare can of pumpkin – in the middle of summer. This pumpkin was not easy to come by – if you have ever tried to buy a can of pumpkin in July, you will know this. Whole Foods told me it was a “seasonal item” and several other stores the same. Finally, my husband found me some at .. Target. I’ll take it!

I was making a few pumpkin-infused recipes for a side project – and this was one of them. It was an experiment really. I had heaps of leftover cream cheese frosting from another recipe (plus some leftover pumpkin) – and instead of making pumpkin cinnamon rolls, I decided to make a cinnamon roll inspired cake. Quite tasty. And fun. 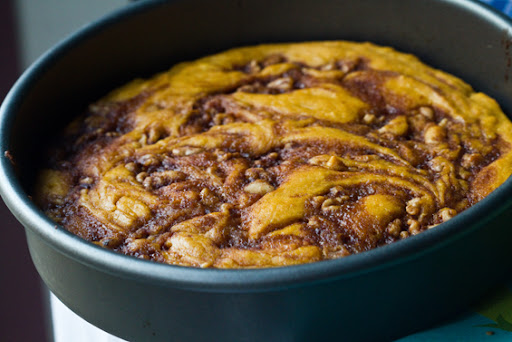 1. Preheat oven to 350. Grease two 8″ or 9″ circle cake pans.
2. Combine the dry cake ingredients in a large mixing bowl. Toss well. Fold in the wet ingredients.
3. Mix up the cinnamon swirl in a separate bowl.
4. Fold the Ener-G egg replacer into the cake ingredients if using.
5. Pour batter into cake tins. Swirl equal amounts of the cinna-swirl mix into the batter.
6. Bake at 350 degrees for 35 minutes – or until edges start to lightly brown.
7. Cool cakes completely before frosting.
8. Prepare your vegan cream cheese frosting (can also be done a day ahead). Blend all ingredients with a hand or counter top mixer. Blend until smooth and creamy. Chill in fridge until frosting firms up a bit.
9. Frost your cake. Garnish with cinnamon. Serve! 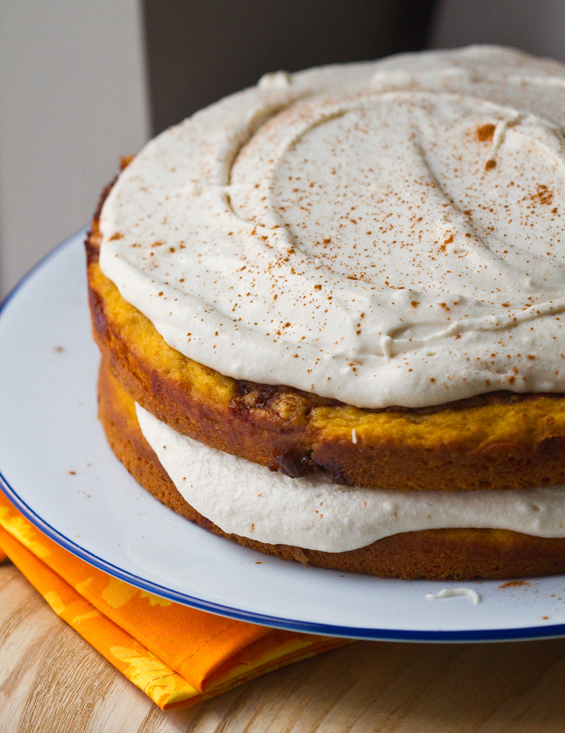 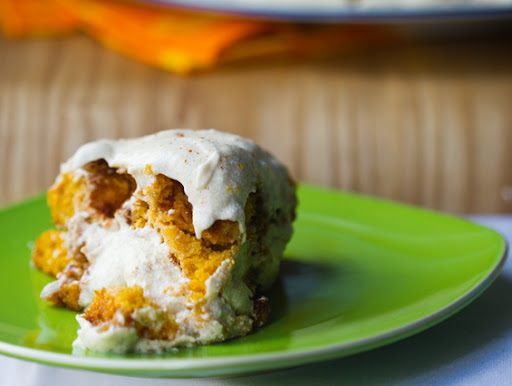 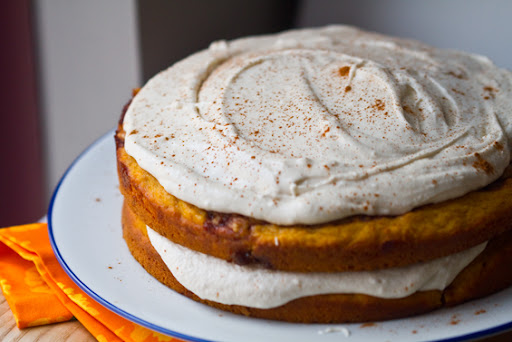