Home » This and That » Windsor Castle Goes Vegan! …for a Day. 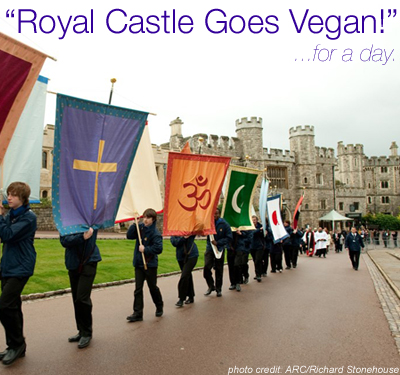 I can see the British tabloid headlines now:
“The Royals Have Gone Vegan!”
“Royal Castle Gets Veganized!”
Then in small print it will say,
“…for one day.”
Find out more, read the menu (and my one annoyance with it) and wait, what’s a cobnut?…

I love reading menus. Special event or gourmet tasting menus are my favorite. So much thought goes into planning them. So when I found out that Windsor Castle’s special event menu “went 100% vegan” for a day, I was giddy with a royal glow. Meat-free royal dining! Love it. Goodbye wild boar and plum pudding, hello wild mushrooms and fresh fruit reductions! Who says tradition can’t be turned upside-down for a day?

Long Live the Vegans! Well, for a day anyways. It took an ‘act of God’ to convince Windsor to go vegan for a day – literally! The veganized menu was for the ARC Event: Many Heavens, One Earth: Faith Commitments for a Living Planet. What do you do when you gather a wide variety of faiths and religion-based diets all at one dinner table? You can’t serve meat. And in fact onions and alcohol were off the list too. Solution: go vegan! Everyone is happy, no one gets offended and everyone eats deliciously. I drooled over the menu. I tip my hat (or crown?) to the chef! Hazelnut oil, mushroom pearl-barley risotto, roasted cobnuts and red grape reduction anyone? Yum. Wait, what’s a cobnut?

Royal Vegan Terms. FYI, Here are a few items on the menu that you may need terminology for:
Cobnut – The large edible nut of a cultivated variety of hazel.
Celeriac – also known as ‘celery root,’ ‘turnip-rooted celery’ or ‘knob celery’. It is a kind of celery, grown as a root vegetable for its large and bulbous hypocotyl rather than for its stem and leaves.
Gremolata – a chopped herb condiment typically made of garlic, parsley, and lemon zest.
Pearl Barley – is barley processed to remove its hull and bran. Barley must have its fibrous outer hull removed before it can be eaten; pearl barley is taken a step further, polished to remove the nutritious bran layer.*Kathy says: Hmm..why didn’t they just leave the nutritious bran on the barley? Boo that!

My Annoyance: No Dessert??? The no-dessert thing makes me weep. Just imagine these regal religious leaders all biting into a glorious chocolate-frosted Babycakes vegan cupcake. Or perhaps a scoop of some Pecan Salted Caramel vegan STOGO ice cream or maybe a vegan milkshake from Lulu’s Sweet Apothecary. Or maybe a raw vegan One Lucky Duck Mallomar! I say, skip the starter, just give them a dessert! It’s vegan – no guilt!

Bravo Windsor Castle! Very pleased with this news story. What’s more traditional that royalty? And the fact that they figured out to serve a vegan meal makes me want to hail to the Queen and salute the guards! …or something like that.

You can read all about it at these links:

And good job on choosing a mushroom-based entree! Vegan eats are so mushroom-friendly. The mushrooms salute you! –> 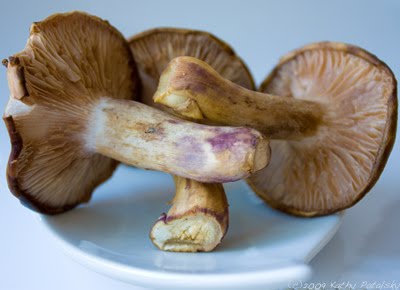 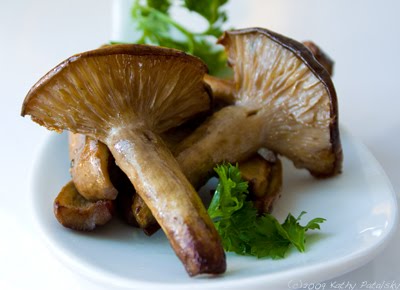 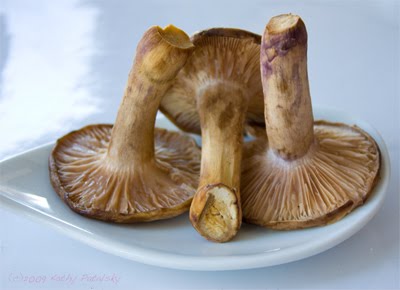 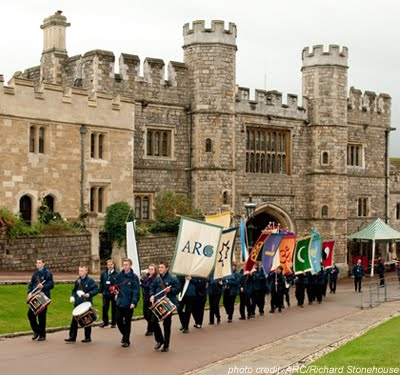