Home » This and That » WSJ Reports: ‘Healthy’ Foods or Well Marketed? 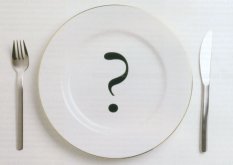 The Wall Street Health Journal reports on a few foods that are frequent offenders when it comes to fooling consumers into believing they are ‘healthy’.

The food items in question may surprise you, and you probably have them in your kitchen right now…WSJ Health Report: What’s Really in a Lot of ‘Healthy’ Foods.

1. Salt substitutes. I don’t know much about salt substitutes, but the WSJ reports that they may contain potassium chloride, which can be a weary item to intake if you are on various drugs or have certain health conditions. These ‘substitutes’ may not be healthy options.

2. Artificial Sweeteners. Less calories. Taste included. But are they healthier than their sugar-laden originals? Sorbitol acts in your body as a laxative. Consuming a single pack of gum or mints can cause severe digestive distress. Another interesting point: Some diabetics find that such sugar alcohols, which are sweet but have few calories, can raise their blood sugar.

4. “Wheat bread.” vs. Whole Wheat. Most of us know this already, but you must buy bread labeled ‘whole wheat’ to get all the fiber and good nutrients. ‘Wheat Bread’ is simple brown bread, and does not necessarily contain any more fiber or nutrients than processed white bread.

5. Added Fiber. A lot of products are adding fiber in the form of powders. There isn’t much evidence that “isolated” fibers like inulin, maltodextrin, oat fiber and polydextrose have the same effect as natural fibers from whole fruits, veggies, grains and cereals. The nutrition label does not distinguish between types of fibers. It’s kinda like saying you ate 100 calories in gumdrop sugars compared to 100 calories of apple sugars.

6. Yogurt. Super yogurts are a big seller these days. And the WSJ reports that there may be more hype than health in these products. Some claim to lower blood pressure, but the reason for that is potassium in the yogurt. There is more potassium in a banana or coconut water than in these yogurts (only around 325 mg usually). However, probiotic yogurts have been shown to be helpful in people taking antibiotic medications.

7. Super Water. You know, the Rescue, Energy, Revive’s of the beverage aisle. They taste good, but are they lying to us through their flashy labels and high-flying claims. Government surveys show that most Americans aren’t deficient in many of the vitamins supplied in these drinks. If you consume more than you need, the excess gets excreted.

8. Omega 3. Many of the foods fortified with the trendy and healthful nutrient Omega 3 do not actually have that much of the nutrient. You can most likely get a lot more high quality omegas from eating real food. You’s have to drink around 45 eight-ounce glasses of omega fortified milk that is fortified with 32 mgs of omega 3 to equal the amount in 3 oz. of salmon-2130 mg of omega 3’s. Of course, if you are vegan like me and don’t eat salmon-you could eat walnuts which contain 2565 mg of omega 3’s in just 1 ounce. Yes, walnuts have more omega 3’s than salmon. And interestingly enough, walnuts have a significant amount of omega 6 as well. Even much more than the salmon. Go nuts for walnuts!