And Christmastime is kinda the b e s t time for all that.

So today I am sharing my easy, vegan Pumpkin Cinnamon Rolls, which is based on one of my vintage recipes, Pumpkin-Pecan Cinnamon Rolls. I have always loved that recipe, but this version is updated to be simpler.

I also share 1) a video for this recipe 2) things that make me feel sentimental 3) ten happy things for the holidays.

Starting out with the dough. This + flour and you are good to go.

I tested this updated recipe about four times. There is something so fun and soothing about making cinnamon rolls, it is probably my favorite meditative baking project.

These are a bit lopsided because I baked them separated, on a baking sheet. You can bake your rolls in a cast iron skillet, or a casserole or brownie dish for a more consistent, side-by-side rise, where the rolls stick together.

Prep the rolls ahead of time. You can bake them the next morning or make them up to about 2-3 days in advance of baking. After that, the dough tends to dry out too much and lose its bounce.

Hope that helps you have a stress-free cinnamon roll morning!

When to Frost? Frosting notes:

..This was the first batch I made. I rolled out the dough REALLY thin and wanted a very tight and thin spiral. For fluffier results, you want to keep the dough a bit thicker than this. But it is fun to experiment too!..

To speed things up… Do you have to do a second rise after slicing the rolled up dough? Nope! The rolls will be slightly less fluffy, but totally ok to skip the second rise. This means you can make these start to finish in about two hours.

..Start to finish in about two hours.

On yeast: Yeast can be a finicky ingredient. You want to make sure your yeast is fresh, most importantly.

Variations in the Rise..

Also, if you find a bit of variation in the initial rise, it isn’t you, it’s the yeast, flour, brand of flour, type of flour, room temp, bowl, everything working together. Slight variations are normal. But I have found, that in the end, after baking, the rolls turn out pretty consistently, even if that initial rise or even second rise, looks different between batches. That has been my experience anyways! Hope that makes sense. As always, ask me questions or tips in the comments, I am happy to help you out. 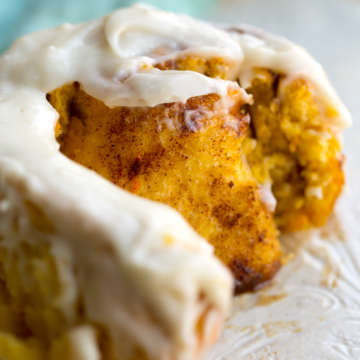 “You will get a sentimental feeling when you hear
Voices singing, let’s be jolly
Deck the halls with boughs of holly”

…I love that line from Jingle Bell Rock because it notes the ‘sentimental’ part of the holidays. Sentimentality over the simplest of gestures or movie scenes…

What is one of your sentimental moments?? I want to know!

I am wishing you and your family a smooth sail into an awesome 2018!